In our age of interfaith and ecumenical dialogue, it has become increasingly difficult to find agreement on the fundamental doctrines of the Christian faith, let alone to mention the word “heresy.” Even to think about heresy revives images of the inquisition and burning heretics at the stake. As soon as one talks about the possibility of heresy in the church, he is told: “This is the 21st century. We now live in an age of pluralism, diversity and tolerance.” And the Christian who advocates the Biblical position on premarital sex, marriage structure, homosexuality, or religion, for example, is typically viewed as narrow-minded or bigoted.

What I find most disconcerting is the mood of impatience with doctrinal questions. Many Christians seem uncertain about their own beliefs. They may not understand clearly what is an orthodox theology and what it is not. And this lack of understanding does not even seem to them very important. Others avoid doctrinal questions out of fear of creating unnecessary controversy and becoming an obstacle to the mission work of the church.

Although controversy is deemed distasteful, and more so religious controversy, controversy is inescapable out of concern for Biblical truth. The question about doctrinal faithfulness automatically leads to the question of apostasy and heresy. Who likes controversy? I don’t. I rather write about missions at home and abroad or the glorious hope of the Gospel in a dangerous world than confronting a variety of non-Christian worldviews, and the defense of an orthodox theology against its detractors.

To shrink from controversy may be a characteristic of our ecumenical age, but no one can claim that controversy is a stranger to the Gospel. Jesus Christ and His apostles contended for what they believed to be the truth. Jesus Himself was a controversialist. He fought for minds and hearts. Dr. John Stott, who has written in the defense of the faith, comments, “It is not conducive to the health of the Church to sweep our differences under the carpet or to pretend that all is sweetness and light when it is not.”

Why is there such a reluctance to discuss heresy? Our Western culture, which is neither Christian nor religiously neutral, has become pagan. Instead of opposing this culture, many Christians have compromised the claims of the Gospel. They have even unwittingly  bought into the spirit of our times.

Our pagan-postmodern culture exalts individuals and their viewpoints. Many regard truth as a personal preference. They believe different views and opinions should have equal weight. They say, “Your truth is your truth and my truth is my truth.” They are quite ready to tolerate religion, but only if all religion is strictly relegated to the private or communal spheres. They are highly selective consumers of religion. They pick and choose beliefs, practices, programs, and professional services from an increasingly diversified religious smorgasbord. Numerous churches are “big enough” to include a wide range of services, programs and theological orientation. Decreasing importance is placed on creeds and confessions. One major religious group’s truth claim seems to be as acceptable and accurate as another’s. Only the claims of cults and sects are regarded as suspect. 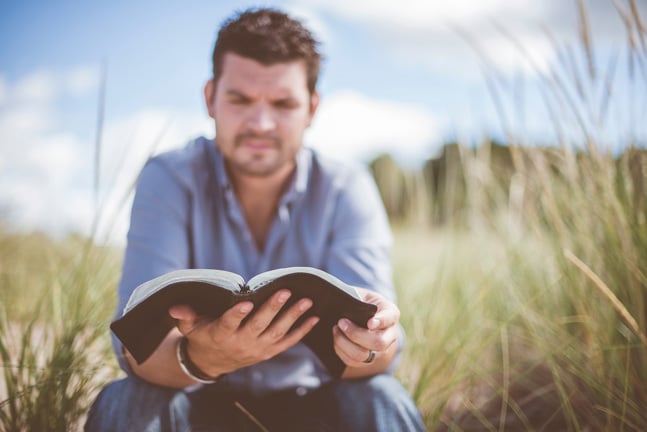 One may offer a host of different opinions about doctrines as long as he doesn’t step on the toes of other individuals and groups. A denomination or local church or individual Christian can offer ideas, as long as they refrain from asserting that they have the truth. Our culture permits Jesus to be one way to God, but it gasps at any suggestion that He is the only way. In mainline denominations theology is for most a secondary issue. What annoys mainliners is “unenlightened” piety and strict adherence to “simplistic views of faith and morals.” In the name of tolerance they are intolerant of a theology based on revealed truth. Objective truth is disappearing over the horizon. All viewpoints are considered equally valid and all pursuits equally noble.

Such diverse choice has been legitimized by the widespread of relativism. It asserts that viewpoints reflect the social and intellectual settings from which people come. In the last half of the 20th century, the idea that truth is relative has come to be widely accepted. Our world is one where relativism reigns. Philosophy professor Allen Bloom writes in The Closing of the American Mind that almost every student entering a university believes that truth is relative and that openness is therefore a moral virtue. He comments that today, “The true believer is the real danger. The study of history and culture teaches that all the world was mad in the past; men always thought they were right, and that led to wars, persecutions, slavery, xenophobia, racism, and chauvinism. The point is not to correct the mistakes and really be right, rather it is not to think you are right at all.”

But relativism undermines society and church. It has slain moral consensus, leaving us without authoritative and moral guidelines. Its implicit message is that, in matters of lifestyle and beliefs and attitudes, no views are better or worse than others. “Everything’s relative.” But relativists can never be consistent. They believe in things they profess not to believe. A radical relativist may say there is no absolute truth but travels calmly at 30,000 feet on a plane whose safe flight depends on the unchangeable truths of aerodynamics and structural mechanics.

Not all religions are the same. Christians are tolerated provided they do not talk about the Gospel as universally valid truth. Such talk is viewed as disrespectful, intolerant and fundamentally untenable. For example, Walter Brueggemann, an author and theologian based in Atlanta, believes that sending Christian missionaries to Iraq smacks of Western imperialism. “I think it is exactly the wrong time and the wrong place,” he told the Baptist Press News. “I don’t care what they say, what they’re after is to impose their faith on that culture. In the best of times, that’s insensitive, and in the worst of times it’s just absurd.” Nowadays, the ecumenical movement appears to have transformed missions into an “interfaith dialogue.”

All major religions are treated as equals. Some theologians talk about the “insights” of Islam and Hinduism and Confucianism. The present world situation, they say, is not the time to be dividing on these differences of belief in the pursuit of peace and justice for all mankind. Furthermore, other theologians think that Christians must become open to learning from people of other religions instead of trying to convert them.

Consequently, instead of Jesus Christ as the only way to the Father (John 14: 6), He is one of the many ways. But this unorthodox position has its roots in the controversies of the early church. Its advocates are following in the steps of famous “earlier” heretics. “Interfaith dialogue cannot lead to agreement in a single faith. That is not the objective.” says G.R. Evans in her book A Brief History of Heresy. “Yet it can encourage Christians engaged in it into a form of Arianism as they try to accept that perhaps Christ is not the only Messiah, the sole Savior of humankind.”

Not all religions can be equally true. For example, Islam dictates terms upon which men and women are to live out their existence; it speaks to its followers of exclusive demands and religious observances of daily life. The faith claims and practices of Hinduism, Satanism, Islam and Christianity are in direct conflict with one another.

In many respects we seem to have become numb to the threat heresy poses for the church. Today almost anything seems acceptable. The twentieth century saw fundamental challenges from academic theologians, which continue into the twenty-first.

Mid-twentiethcentury “Process” theology explored the idea that God is not the changeless being of the early Christian world but a dynamic force, Himself subject to change. Other theologians have interpreted the death of Christ as a message to the world that God Himself is vulnerable. Others still have spoken of the “death of God” and the “post-Christian world.” One may hear openly the notion that the doctrine of the Trinity is unscriptural and breaches the unity of God. Liberation theologians, influenced by Marxist ideology, tried to bring about in society a “real-life” and “this-worldly” version of the Biblical promise of freedom and salvation. Celebrated theologians and New Testament scholars commonly profess beliefs that once provoked not only silencing of dissent but execution of dissenters.

Does truth matter? Does it really make a difference what we believe? Can one call himself a Christian if he denies the fundamentals of the Gospel? It does matter what one believes. Dr. Martyn Lloyd-Jones noted, “Nothing matters in the spiritual realm except truth, the truth given by the Holy Spirit, the truth that can be honored by the Holy Spirit.” In other words, if a theologian thinks he can be a Christian though he believes God is dead, or that revelation is a myth, or that Jesus of Nazareth was the son of a Roman soldier then his theology has nothing to say. Whatever his theology may be, it has little if anything to do with truth.

Many ecumenists believe that diversity enriches the Christian community and witness. But we may well ask: “Can we accept all Christian confessions and doctrines as equally true and valid? The evangelical theologian Dr. Carl F. Henry observed, “But one wonders how the Westminister Confession’s assertion that the Pope is the Antichrist is to be balanced with the Roman Catholic claim that he is Christ’s specially appointed vice-regent without losing the validity of either view? Or what validity has the Baptist doctrine of believer’s baptism by immersion along the Lutheran doctrine of non-immersion? When the meaning of confessions is relaxed in order to preserve ‘ecumenical validity’—whatever that is—is not the gospel itself likewise transformed into a mere shadow of its New Testament substance?

It would be nice if we could avoid controversy and forget about “heresy hunting.” But we don’t live in a perfect world. We must ask, “What is the content of the unchanging Gospel? How do we recognize and preserve it amidst the rapid changes in our world and the challenges of heresy? How do we deal with new forms of theology: black theology, liberation theology, feminist theology? How do we deal with those who claim to have made new discoveries in Scripture? How do we account for the development of theology over the centuries?” Over the centuries the church had to “correct,” or perhaps “expressly revoke” teachings which were held to be true for a long period of time.

Until the Lord returns, the church is involved in the battle for the Truth of the Gospel. The truth must be protected from the deadly embrace of the lie. This will take strenuous effort and continued watchfulness. The church may not achieve cheap victories. Her doctrine struggle for doctrinal faithfulness may cost blood and tears. She must be steeled in the struggle. This struggle to remain faithful to the Gospel was difficult in the past and it will continue to create tensions in the future. No wonder that it makes the history of the church look so troubled and strained.

Rev. Johan Tangelder is a retired minister in the Christian Reformed Church. He lives in London, Ontario.