One morning, about a week after the CRC Synod ‘94 adjourned, my telephone rang and the conversation with a male caller went something like this: 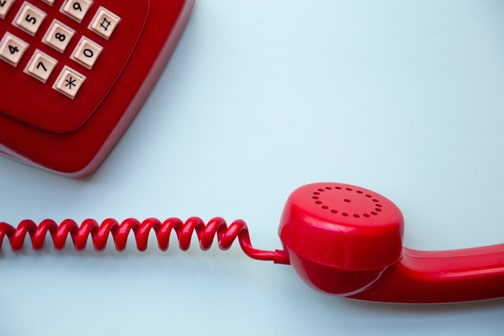 Responder: Yes it is.

Caller: I am a deacon in one of the local CRC’s and I am confused about last week’s decision on women in church office. I’ve seen you on TV and read you in the newspaper, and I wonder if you’d be willing to answer a few of my questions.

Responder: Certainly, I will try.

Caller: I’d first like to know why you are so sure you are right.

Responder: Well, this has not been a personal battle, but rather an attempt to establish the truth concerning women in church office based on the only reliable standard—the Word of God which is reiterated in the confessions and Church Order of the Christian Reformed Church. You see, when God created Adam, and then Eve from Adam, He established a headship of the husband as part of the creation order. God called Eve a “helper” and that word stands, even in newer translations. Paul discusses this in the New Testament when he says woman was taken from man and made for man. Paul also discusses the divinely established hierarchy in I Corinthians 11:3 when he says that “the head of every man is Christ, and the head of the woman is man, and the head of Christ is God.” In Old Testament history, when God’s covenant family grew into a nation, God provided for spiritual leadership for their corporate worship of and service to Him by designating Levites, all males, to do the priestly tasks. He anointed prophets, all males, to do the prophetic tasks, and anointed rulers, all males, to do the kingly tasks. In the New Testament, Jesus called twelve disciples, all males, who with the exception of Judas and the addition of Matthias, launched the New Testament church in fulfillment of the Great Commission. Then Paul and Peter, laying out God’s orders for the functioning ofHis church, spelled out the roles which men should take in the church, and they also gave specific prohibitions to women concerning certain of these ministries—basically that she might not assume a role of authority in the teaching and governing aspects of the church. Now all kinds of attempts have been made to relativize, trivialize and neutralize these apostolic orders, but the Word of God stands—and Paul said in I Corinthians 14 that it is the very Word of God Himself, rooted in creation and God’s law, and it is incumbent on all churches to obey. So—that’s why I’m so sure this is right. I would not dare to think otherwise.

Caller: How is it that other denominations such as Assemblies of God allow women in office? They’re good Christians too.

Responder: I wouldn’t be the judge of their status as Christians. But I do believe they are mistaken about this. One reason for that may be that many fundamentalist groups either do not understand or have not considered it important to investigate the whole teaching of “office” taught clearly in the Scriptures.

Caller: We used to have arguments about communion cups and no one left the church over that. Why do some leave now?

Responder: There is of course, no comparison between the two. The issue of the cup is a practical one, and the issue of women in office is a doctrinal one with many ramifications.

Caller: What about good Christians in our own denomination who differ with you?

Responder: Again, I am no judge of the goodness of anyone’s Christianity. All I can say is that the Bible is clear and anything contrary to its teaching is disobedience.

Caller: I have friends who graduated from Calvin College and now have advanced degrees. They are not joining CRC’s in the communities where they live. Some are moving back to Grand Rapids and they too are not joining the CRCs. Doesn’t that bother you?

Responder: First I want to say that there are many of us opposed to women in office who also have advanced degrees. This issue is not one of intellectual superiority, but one of simple faith. But what concerns me is that the CRC be obedient to the Scriptures and its own confessions, and then its membership is free to remain affiliated or go elsewhere if they cannot accept what we stand for.

Caller: How is it that all of us who are younger and have graduated from denominational institutions differ from you?

Responder: I am not sure that all who have graduated from denominational institutions differ from me. But I will grant that many do and that is clearly a reflection of what they have been taught at these institutions, and that is sad. Professors who serve in denominational educational institutions have signed a Form of Subscription in which they have promised not to contradict the doctrinal teaching of this denomination, and if they do have problems with the same, they will neither privately nor publicly teach their own ideas, but rather reveal them to their own consistory, classis and/or synod for adjudication by a higher assembly. In too many cases, we have had professors with doubts and differences who, instead of following the promise and procedure outlined in the Form of Subscription, have chosen to pass their doubts and deviations on to their students who now feel at odds with the official stands of denomination on too many matters. Actually, what too many of these professors have done is to create a fog (the Bible is not clear on this…on that…on that …etc.) and insist that we all live in it. And we are not willing to do that.

Caller: A Calvin survey indicates that one third of the pew in the CRC wants women in church office. Doesn’t that bother you?

Responder: I’m impressed with the fact that 66% do not want women in office. But really, what matters is not what the pew wants, but what God says about the issue.

Caller: What would conservatives have done if the decision had gone the other way?

Responder: Some would have left the denomination. Others would have stayed, refusing to pay quotas and seat delegates at assemblies where women were officially seated, not because of the women personally, but because the assembly would be unbiblically constituted.

Responder: The only covenant with the denomination which involved me was the one my parents made at my baptism and the one I made at confession of faith. Ministers, elders, deacons and professors make additional covenants. But if you look up the forms for all of these covenants, you will find one question that is the same for all which essentially says, “Do you acknowledge the doctrine which is contained in the Old and New Testaments and in the articles of the Christian faith and which is taught here in this Christian church, to be the true and complete doctrine of salvation?” My parents said, “We do” when I was baptized, and I said, “I do” when I professed my faith at age fourteen. Now “this Christian church” I understand to be the Christian Reformed Church of which I have been a member all of my life. And if that church changes its way of handling Scripture and subsequently its Church Order to accommodate its doctrinal waywardness, then it has broken covenant with me—not I with it. Therefore I would be untrue to my own commitment if! were to pay the bills of agencies which implement and promote the deviation.

Caller: I have a beautiful daughter. I would love to have her be a “dominee.” I just can’t believe that God can’t use her.

Responder: Oh, to be sure, He can! The church has graciously entrusted many teaching responsibilities to me over the years. In fact, I always have been and still am so busy, that in the morning I never ask, “What shall I do today?” Rather, I ask, “What shall I do first?” Proponents of women in office have tried to convince the membership that if a woman cannot be a minister in the church, then she can’t really serve and that is simply not true. I know the Lord can and will use your dear daughter in His service if she wants to be used.

At this point, my own grandchildren whom I was babysitting, were clamoring for attention. So I thanked my caller and offered to continue the discussion face to face over coffee at a later time, which he graciously declined. I thought you might like to eavesdrop on this conversation because the caller asked questions many members are asking. There is no “nice” way to answer some of them. We are living in a divided church, and my fervent prayer is that the direction which was set this summer will hold and fortify us for the days ahead. Thanks for listening.