The ugly specter of hierarchy is never very far removed from the church, and at present it is raising its head in the CRC. A study committee was appointed in 1995 to review the process used by churches leaving the denomination and to review the Articles of Incorporation in use among the churches. Its recommendation came to the 1997 CRC synod, and in a nutshell, it asked synod to declare that the property of local churches belongs to the classes and synod instead of to the local churches. And to put some teeth into that decision, the report asked synod to instruct church visitors to inquire whether the churches have changed their incorporation articles to fit this new model. (Readers should consult the June issue of The Outlook for a thorough analysis and critique of this matter by Dr. Cornelis Venema.) 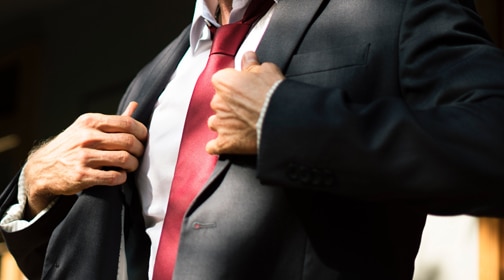 In 1970 (and also in 1980) the CRC adopted model Articles of Incorporation which left local property in the hands of the local congregation, as it should be. Synod did that for the express purpose of avoiding litigation in case of a schism or secession. Synod ruled that both parties to such a division should get their fair share of the property value. That was an excellent decision and it correctly took the matter of deciding which group was loyal to the parent body out of the hands of the civil court. No matter who was wrong or right, both sides had a right to claim their share of the property. That’s Reformed church polity and it is a Biblical way of handling such matters. But this summer synod was asked to completely reverse that decision and to adopt a method in use by the Roman Catholics and United Church of Canada: the method of heirarchy. Rule from the top. Dictatorship is not too strong a word here. And Synod 1997 adopted it.

It should be noted that even though the 1970 rules were in effect in the recent rash of secessions from the CRC, they were largely ignored by the element that remained CRC, with the help of classes. Whereas otherwise what synod said had to be accepted as gospel truth, in this case the advice of synod could be ignored which shows that the best of rules can be misused by those with evil intent.

The new rules which were adopted this summer, of course, stem from a view of ecclesiology—that the denomination (federation) is the church, contrary to what the Scriptures clearly teach and what has always been the classical Reformed view.

Of course there is method to this madness. Too many congregations and/or groups are leaving the CRC and this must stop. Since the synod refuses to stop it the Biblical way—by a return to the authority of Scripture and confessional integrity—it will try to stop it by force. The method was the same in 1944 in The Netherlands. The secession was more the result of the hierarchical church polity than of doctrinal differences. {Something of this also took place in 1924 in the CRC.}But whatever the case, Dr. Venema is right: “These proposals would permit an ungodly tyranny within the CRCNA.”

The CRC at Synod 1997 adopted its committee’s recommendation and that is now the rule. Another determined step on the road to apostasy. Gestapo tactics in the church—instead of repentance. We hope and pray that conservatives left in the CRC will remember Luther’s hymn: “Let goods and kindred go.” The truth is above all.