“After this I looked, and behold, a door standing open in heaven! And the first voice, which I had heard speaking to me like a trumpet, said, Come up here . . . At once I was in the Spirit, and behold, a throne stood in heaven.” (Revelation 4:1, 2)

In the recent 2003 survey quoted in my first article concerning heaven, the Barna Research Group revealed that of those who believe in heaven, only forty-six percent described it as “a state of eternal existence in God’s presence” and only thirty per­cent said they believe it is “an actual place of rest and reward where souls go after death.” These num­bers hardly evidence a firm under­standing of the afterlife among Christians.

A Place of God’s Creation

The first thing we learn about heaven in Revelation 4 is that heaven is a place of God’s cre­ation. In the breathtaking scene of Revelation 4, John sees “heaven” opened and he is invited to enter it. He simply assumes not only that it exists, but also that it is a place. He can assume this because of what is explicitly stated at the end of the chapter. He sees and hears what occurs around the throne in these words: “Worthy are you, our Lord and God, to receive glory and honor and power, for you created all things, and by your will they existed and were created” (v. 11). God created all things, including the realms in which all things exist. To use the language of the Nicene Creed, God is the “Maker of heaven and earth, and of all things visible and invisible.” In the begin­ning, God created the heavens and the earth, meaning, the invisible realm as well as the visible realm. 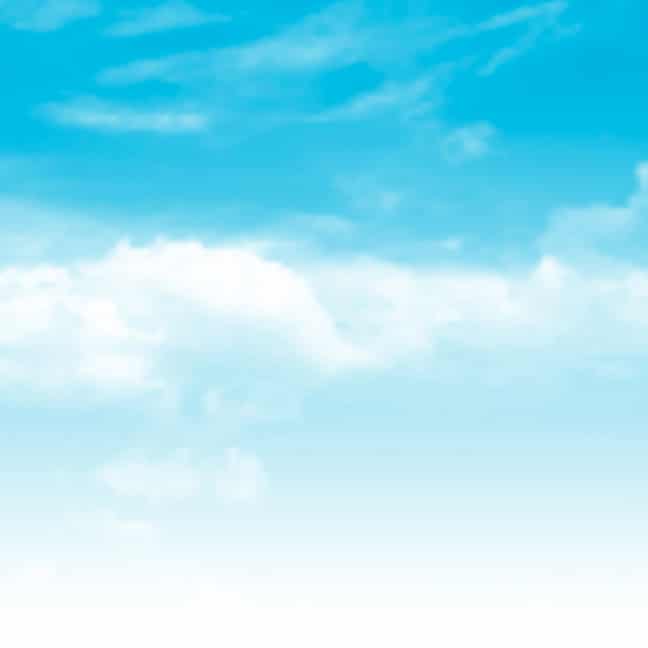 The Place of God’s Presence

The second thing we learn about heaven is that it is the place of God’s presence. The text de­scribes God’s throne (vv. 2, 3, 4, 5, 6, 9, 10) as being engulfed in “light­ning, and rumblings and peals of thunder” (v. 5), which is an Old Testament description of the pres­ence of God (Exodus 19). The throne is also surrounded by the light of “seven torches of fire, which are the seven spirits of God (v. 5). This is a metaphor of the fullness of the Holy Spirit. The Spirit with all His gifts and power are blazing before the throne.

Certainly, God is omnipresent, that is, everywhere at all times. To speak of heaven as the place of God’s presence is an accommoda­tion for us. But more than a mere verbal accommodation, heaven is an actual accommodation in which God condescends to our creaturely level so that we can experience Him after death. If there is no place created called heaven, then we as creatures would not be able to ex­perience God and have fellowship with Him after this life. The reason is that even after death, when we are taken into God’s presence, we will still be creatures with all the limitations thereof. Since we cannot relate to an immense, infinite God, we need a local place to enjoy Him forever. Passages, such as Psalm 16, speak of God’s right hand as His pleasure-filled presence for His people. Revelation 4 speaks of twenty-four elders and four living creatures being “around” this pres­ence and the throne giving God glory (v. 4, 6).

The Place of God’s Rule

Third, heaven is the place of God’s rule. Although God is inexpressibly transcendent and glorious, John is given a glimpse of the heavenly King. We recognize here that John uses the literary convention of a simile (a comparison using “like” or “as”) to describe God. The One upon the throne is described with regal colors, having “the appear­ance of jasper and carnelian” (v. 3). The jasper stone can be many dif­ferent colors such as red, green, blue, brown, yellow, or white. The sardius, or carnelian stone, is a beautiful red.  There is also an em­erald rainbow (v. 3), which is a crystal-like, transparent bright green. What does all this mean? There are not individual meanings for each stone and color, but what John is describing to us is that the One who sits upon the throne is so glorious that the only way to de­scribe His glory is to compare it to the most precious and brilliant stones and colors. He is King.

Further, the King is surrounded by His court—the twenty-four thrones upon which sit the twenty-four el­ders, clothed in white with crowns on their heads (v. 4). God is de­scribed as a glorious King, as well, by the fact that His throne is at the very center of this heavenly scene. Everything revolves around Him for everything comes from Him! This vision reminds us of Psalm 97. From this central throne in heaven God issues His judgments in all the earth against the sin and wicked­ness of this world that we  encoun­ter in Revelation 6, the seven seals in Revelation 8–9, the seven trum­pets, and in Revelation 16, the seven bowls.

But also notice that His glorious reign as King is also revealed in the rainbow surrounding His throne. He does punish the wicked. But at the same time He remembers His cov­enant that He made thousands of years ago to Noah in Genesis 9. He made a covenant with all living creatures not to judge the earth by a massive flood again. So it is for the sake of gathering His elect that He does not wipe out this world, as He is “not willing that any should perish, but that all should come to repentance” (2 Peter 3).

A Place of God’s Peace

The fourth thing we learn of heaven in this chapter is that it is a place of God’s peace. John continues using a simile by saying, “Before the throne there was as it were a sea of glass, like crystal” (v. 6). This communicates that there is no more turmoil, no more antagonism, and no more enemies. In describing heaven as being “like crystal” John describes a smooth sea that has no waves. In the Old Testament the waves of the oceans symbolize the uproar of the nations (Cf. Psalm 46:3, and 93).

This is what this creation will be like when it is renewed in chapter 21: “And there was no more sea” (21:1). The peace that passes all understanding is there and is freely given to all the redeemed.

The Place of Worship

Finally, John’s vision teaches us that heaven is the place where God’s people worship. When the door to heaven is opened, John immedi­ately sees God. Yet, notice what he says about God, “Behold…One sit­ting upon the throne” (v. 2). God is ineffable, that is, He is indescrib­able, inexpressible, unutterable, and unspeakable. No man can see God and live; no man can see God for He is Spirit; therefore Christ reveals to John a vision of God. And even in this vision God cannot be described.

All John can say is “One sitting on the throne.” This reveals our God’s utter transcendence. He is so different from us that He is as far from us as highest star in the sky at night. God’s transcendence is like this: George W. Bush is President of the United States. He calls us “fellow citizens” or “my fellow Americans,” but because he is President—living where we have never been, surrounded by secret service agents—he transcends our common American citizenship.

Various groups surround this majes­tic King in Revelation 4: the elders and the four creatures. What does it mean that the twenty-four “el­ders” worship Him? This is the church in heaven. This is what we call the glorified church, the church triumphant, or the invisible church. They have overcome, they are rul­ing now, they are completely glori­fied and without sin, they are sitting as royalty. To be absent from the body is to be present with the Lord, as Paul says.

What John teaches us in Revelation 4 is more than just a nebulous, ge­neric “afterlife.” Instead it commu­nicates to us a firm understanding of heaven. While all humanity knows by nature that there is life after death, it is by the special rev­elation of Revelation 4 that our wayward thoughts about it are cor­rected. Therefore we are com­forted in this life with a certain knowledge of its existence and given a brief glimpse into what it is so that we may hope for it even more.