The Word of God did not just fall from the sky. It was progressively revealed through the ages from Genesis to Malachi. This means that the Old Testament is like a child while the New Testament is like an adult. We see this in Scrip­ture when the writer to the He­brews exhorts Jewish believers to leave behind the “elementary doc­trine of Christ” in order to “go on into maturity” (Hebrews 6:1). In other words, what God revealed to His people before Christ was meant to prepare them for Christ.

In this article we move from the questions of whether heaven exists and what it is like to a more intramu­ral question among Christians today: What about Old Testament believ­ers? Did they believe in heaven; did they expect to experience it, and greater yet, did they actually go there upon their deaths? Under­standing the progressive nature of God’s revelation is key to answer­ing this question, since we must realize that all that we know of heaven (which is still very little) as New Covenant believers is more than Old Covenant believers knew.

This does not mean, however, that what we know about heaven was not the reality they hoped for and experienced. While the Old Testa­ment saints expected heaven, what heaven was like was not as clearly revealed to them. To use another illustration, think of the Old Testa­ment as a dimly lit room with the blinds over the windows, while the New Testament is that same room with the blinds drawn. All the fur­niture that was already there is now clearly visible.

The first thing Scripture teaches us about Old Testament believers is that they expected heaven. As we saw in our first article from Ecclesiastes 3, there is a sense of eternity placed in the hearts of all humanity by God. The Old Testa­ment saints expected life beyond the grave.

Another reason we can say that the Old Testament believers ex­pected heaven is the New Testa­ment teaching about Abraham. “Fa­ther Abraham” is the paradigm Old Testament saint, as he is called the father of all believers (Romans 4:16). We who believe the promise of the God are called the sons of Abraham (Galatians 3:7).  As our forefather, Abraham was called out of the land of his father and was called to the land of promise. Yet we learn from Scripture, that he looked for a city beyond the cities of this earth—even the Promised Land (Hebrews 11:10). Along with Abraham, all the patriarchs died in faith, desiring a heavenly country (Hebrews 11:16). 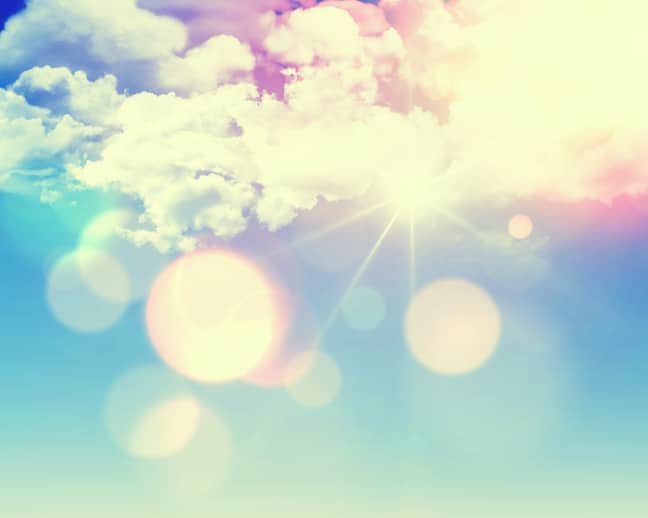 Besides Ecclesiastes 3 and the example of Abraham, a third rea­son we know the Old Testament saints expected heaven are the poetic expressions of the Psalms. There the singers of old expected to see the face of God (Ps. 17:15), to dwell in the house of the LORD (Ps. 27:4), and to experi­ence His everlasting grace (Ps. 63:3).

Finally, we see this expectation of heaven all the way back in the opening two chapters of the Bible. God created the heavens and the earth in six days and rested the seventh day (Gen. 1:1–2:3 cf. Ex. 20:11). What is so tell­ing is that while days one through six end with the refrain, “And there was evening and there was morning, the x day,” the seventh day has no such marker. The theological point the text is mak­ing is that God intended creation to move from work to rest, from time to eternity into the eternal Sab­bath rest of God (Cf. Heb. 4). The means by which Adam, and all creation through him, was to enter that ultimate rest was the test of the Tree of the Knowledge of Good and Evil in the covenant of works. As our Catechism teaches us, the purpose of Adam’s creation was that he might “live with Him [God] in eternal blessedness to praise and glorify Him” (Q&A 6). The means of this was what our Con­fession calls “the commandment of life” (art. 14).

This naturally leads us to our second point: the Old Testament saints experienced heaven upon their deaths. This is an important for our own comfort as well as our comforting others. The reason we need to be clear on this question is the confusion that abounds in our day because of the teaching of both the Roman Catholic Church as well as many evangelical teachers. These say that the Old Testament saints did not expect nor experience heaven upon their deaths, but expected and experienced what the Bible calls Sheol or Hades. These words are interpreted to mean that all those in the Old Testament, whether believer or unbeliever, went to what may be described as a holding place, which was neither heaven nor hell. This holding place had two rooms—one for believers and the other for unbelievers.

Nevertheless, it was not heaven for believers and not hell for unbelievers. It is the teaching of Scripture, as I hope to demonstrate, as well as the Reformed confessions, that all believers, regardless of when they lived in the history of redemption, experienced heaven. One example of this is the Westminster Confession of Faith. Published in 1647 by a united Reformed church in Great Britain, made up of Presbyterians, Independents, and some Anglicans, it speaks to this issue in chapter 32:1: The bodies of men, after death, return to dust, and see corruption; but their souls, which neither die nor sleep, having an immortal subsis­tence, immediately return to God who gave them: the souls of the righteous, being then made perfect in holi­ness, are received into the highest heavens, where they behold the face of God, in light and glory, waiting for the full redemption of their bodies. And the souls of the wicked are cast into hell, where they remain in tor­ments and utter darkness, reserved to the judgment of the great day. Besides these two places, for souls sepa­rated from their bodies, the Scripture acknowledgeth none.

What biblical reasons do we set forth to substantiate such a claim? The first is the basic formula of the covenant of grace, that is, God’s promise all throughout Scripture where He says, “I am the God of Abraham, etc.” In debating the Sadducees who were material­ists—believing only in this life since there were no spirits or a resurrec­tion of the dead—Jesus pointed to the words He spoke to Moses at the burning bush, saying, “Have you not read what was said to you by God: ‘I am the God of Abraham, and the God of Isaac, and the God of Jacob’? He is not the God of the dead, but of the living” (Matt. 22:32).

The irony, of course, was that the Sadducees taught that the soul died with the body at death, but they were asking Jesus about what hap­pens after the resurrection! Jesus powerfully exegeted Scripture, which says, “I am” the God of those who have died because they are alive in His presence in heaven. In the parallel passage in Luke 20, Jesus makes this point: “Now He is not the God of the dead, but of the living, for all live to Him” (Luke 20:38).

In the Psalms, David confessed what Jesus taught. In meditating upon the LORD’s preservation of His holy one in Psalm 16, who propheti­cally was also Christ (Acts 2:22–32), David said, “You make known to me the path of life; in your pres­ence there is fullness of joy; at your right hand are pleasures forever­more” (v. 11). Here he was not only expressing the LORD’s preser­vation of David in this life, but the ultimate end of this preservation: to enjoy the LORD in the LORD’s pres­ence.

David also meditated in Psalm 17 upon the wickedness of the world and the blessedness of the righ­teous. In verse 15 he spoke about his awaking from this fallen life in the life to come: “As for me, I shall behold your face in righteousness; when I awake, I shall be satisfied with your likeness.” Certainly what David said here is prophetic of the final resurrection when he would awake from the grave in his body, but his words also speak of the ex­pectation and experience of the godly after death but before the resurrection. To see the “face” of the LORD and His “likeness” is to be in the LORD’s presence and “see” Him.

Despite these texts there is still a widespread belief that our forefa­thers did not experience heaven, but a place described as “Abraham’s bosom” (Luke 16:22–23). In Roman Catholic doctrine this is known as the limbus patrum (“border of the fathers”). It was the holding place for the Old Testament saints before the resurrection of Christ. Only then did they enter into what we know as heaven. This is also the view of contemporary movements such as Calvary Chapel.

What are we to make of this text and interpretation? The great sev­enteenth century theologian of Geneva, Francis Turretin, explained that the language of “Abraham’s bosom” was a vivid way of de­scribing eternal life “shadowed forth under the symbol of a sump­tuous feast.”

Is this a valid exegesis? Space does not permit a full explanation of the text, but the phrase “Abraham’s bosom” is not meant to communi­cate a non-heavenly existence of pre-resurrection saints, but is a way of describing the afterlife. For ex­ample, in Matthew 8:11 Jesus de­scribes eternal life as reclining at a table with Abraham, Isaac, and Jacob. Further, the language of be­ing in someone’s “bosom” is a way of describing intimate fellowship with that person. It is a spatial way of saying something like, “They are so close.”

We see this elsewhere in the New Testament. In John 1:18 we read that the Word “is in the bosom of the Father” and in John 13:23 we read about the disciple whom Jesus loved being “close to Jesus” (ESV), but literally, “in the bosom of Jesus.” Lazarus was close to Abraham in fellowship just as John was close to the Lord.

What about Old Testament believ­ers, then? Not only does heaven exist in the abstract but also our forefathers longed with all their hearts and souls to go there and to experience the eternal fellowship of their LORD and Savior. May God cause in us a longing for heaven because it is the place where we will experience our God as he cre­ated us to experience him: to “live with Him in eternal blessedness [and] to praise and glorify Him.”