When you hear the word “postmodernism,” what comes to mind?

Do you think of a religious pluralism that affirms faiths of every stripe, so long as the subscribers of those faiths admit that all roads lead to heaven?

Do you think of social activists who welcome and tolerate the diverse views of anyone and everyone except “old white men”?

Do you think of a public arena in which elected officials and journalists practice deceit, yet complain about each other’s lack of integrity?

Do you think of a culture entranced by endless possibilities for new genders and new forms of love, yet perplexed by the anxiety and depression of its young people?

Or do you think of universities where internationally respected professors educate entire generations of students in the philosophy that undergirds these social trends while attempting to inoculate them against the “bigoted” and “closed-minded” doctrines of orthodox Christianity?

For many conservative Christians, the word “postmodernism” carries an ominous mystery. Postmodernism is like a unidentifiable puddle under your car or a rancid odor wafting out of your fridge—you may not know where it’s coming from, but you know it’s not good. If you’re a parent, you may wonder whether your son’s or daughter’s college teaches a postmodern perspective. If you’re a student, you may worry (as I did) about whether your favorite professors are secretly indoctrinating you in postmodern thought. What is postmodernism, anyway? Where did it come from? What does it mean for faithful Christian doctrine and life in the twenty-first century?

What Is Postmodernism, Anyway?

Root around in the philosophical literature for definitions of “postmodernism,” and you’ll quickly wish you hadn’t bothered. For example:

After reading a definition like that, you might be tempted to renounce all further philosophical inquiry and take up a career in beekeeping. But don’t let the size of the words discourage you; bear with me as I attempt to make three simple observations from this definition.

First, note what postmodernism is and is not. Like any other philosophical term, “postmodernism” is an imaginary name for a particular way of thinking, intended to distinguish it from imaginary names for other ways of thinking. Postmodernism isn’t a certain set of doctrines or a particular list of books, and speculating whether a particular individual is a postmodernist is just as unhelpful as labeling somebody a fundamentalist. We could use these words to mean almost anything. To a limited extent, the term “postmodernism” helps us by illuminating relationships among basic philosophical perspectives, and that’s how I’ll use it here. Beyond that, it’s not worth much.

Second, notice how often this definition uses the prefix “anti-” or the words “rejection” and “suspicion.” It’s called post-modernism because it emerges from and reacts to an earlier philosophical movement: modernism. With its origins in the Enlightenment of the eighteenth century, modernism included thinkers like René Descartes, John Locke, and Immanuel Kant.2 Again, the same caveat applies: what “modernism” is depends on whom you ask. But in general, modernist philosophers upheld objective truth—that is, truth as an object that can be accessed and understood through methods of scientific observation like those we learned in high school scienc 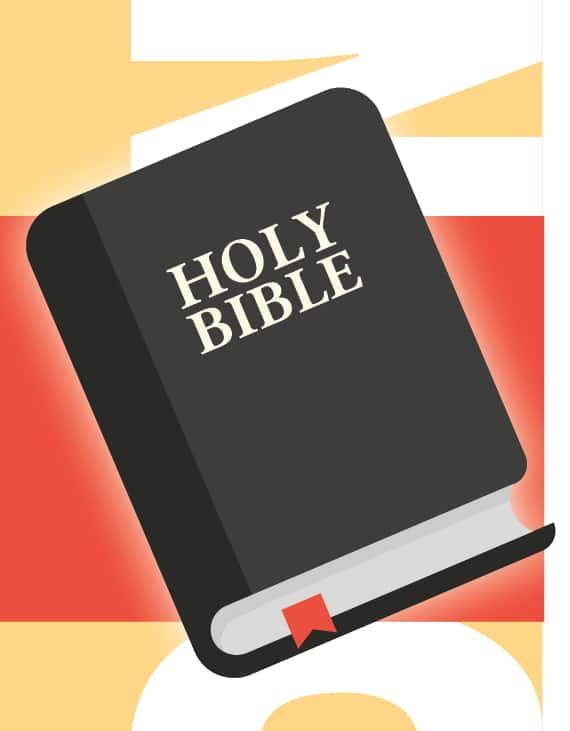 e. Descartes, Locke, Kant, and others celebrated the power of human reason, the pursuit of science, and the unlimited possibilities of technological progress.

At the least, postmodernism questions these values. It calls us to admit the inevitable biases that cloud our reasoning abilities. It doubts the possibility of a truly “objective” point of view. It counters technological optimism by pointing out the unintended consequences of our inventions. But postmodernism critiques modernism in broader ways as well—the “anti-realism” and “anti-essentialism” mentioned previously. A common theme is the “social construction of reality”—in other words, that our understanding of reality, or even reality itself, is a product of language.3 So postmodernism asks: Given the prejudice of our perspectives, is real knowledge possible? Given the Enlightenment’s exaggerated faith in reason, can we trust appeals to abstract ideas such as “morals,” “human nature,” or “God”? Given the social construction of reality, how can we uphold one person’s definition of “truth” more than another’s? In short, postmodernism seeks to shake off what it sees as the oppression and narrowmindedness of modern thought.

A third and final point—we live in an individualistic society whose default creed, if one exists, goes something like this: “We believe in the dignity, indeed the sacredness, of the individual. Anything that would violate our right to think for ourselves, judge for ourselves, make our own decisions, live our lives as we see fit, is not only morally wrong, it is sacrilegious.”4 Individualism is different than postmodernism; in fact, its philosophical roots are more closely entwined with modernism. Nevertheless, individualism combines with postmodernism in a variety of themes that so many of us have heard: “What you believe may be true for you, it’s just not true for me”; “I’ve got a personal relationship with God, and that’s whatmatters”; “I don’t personally agree with your lifestyle choices, but I’m not in a position to judge.” It’s one thing to claim that there are many different kinds of truth. It’s another thing to state that it is up to the individualto browse among the available kinds of truth for the one that provides the greatest personal fulfillment. And that last sentence captures the crux of the matter—the threat that postmodernism and individualism pose for the health and witness of the Reformed church in the twenty-first century.

How Does Postmodernism Square with Faith?

In Truth Decay: Defending Christianity against the Challenges of Postmodernism, apologist Douglas Groothuis describes postmodern philosophy as “very bad news” for the church because of its suspicion of human reason, its denial of an objective perspective, and its belief in the social construction of reality.5 Indeed, postmodernism and individualism oppose orthodox Christianity on multiple counts, as we’ve just seen. But let’s back up for a minute.

If a friend asserted that language created the world, that human reason is essentially flawed, and that an “objective” view of things is humanly impossible, you would probably agree. The Scriptures declare that words—God’s words—created the world (Ps. 33). They also teach, as the Reformers affirmed, that man’s fall from grace brought “blindness, terrible darkness, futility, and distortion of judgment in his mind.”6 Rather than seeking a rational and “objective” perspective, we suppress the light of nature in unrighteousness.7 Postmodernism harmonizes with Christian beliefs at certain points like these—including the danger of idolizing the works of our hands,8 the need for a hermeneutic perspective on life,9 and the power of stories to convey meaning and ethics.10 If we view postmodern philosophy only as “very bad news,” we lose the chance to testify to the gospel at key points where our culture is currently willing to listen.

What about “objective truth,” though? Isn’t that where Christianity and postmodernism definitively part ways? Not quite. Universaltruth is a Christian concept, but objectivetruth is merely a modernist one. As Groothuis endeavors to defend modernism’s “rational” and “objective” view of truth, he misses some of its own dangers.11 Unfortunately, modernism is no friend of biblical faith (as the origins of the Orthodox Presbyterian Church can attest). The modernistic emphasis on empirical observation assaults the Bible’s accuracy, pursues more “scientific” alternatives to the doctrine of creation, and generates the kind of sheer arrogance captured in the Soviets’ response to space: “I looked and looked and looked, but I didn’t see God.”12 As Reformed philosopher Esther Meek observes, modernism moves the Christian belief in universal truth to the decidedly anti-Christian assertion that our rational faculties can grasp the truth fully here and now.13

If we demand objectivetruth, we’ve forgotten that truth isn’t an object at all. Truth is a being—our triune God, Father, Son, and Holy Spirit. He is the way and the truth and the life (John 14:6). The Scriptures are true because he authored them (2 Tim. 3:16). His promises are unchanging because he made them (Heb. 6:13–14). Whatever theories and philosophies we may devise are true only insofar as they coincide with the general and special revelation that the Lord utters out of his entirely and absolutely true character. And, as Meek suggests, it is only in the covenantal relationshipthat God has entered into with us that we can encounter his truth in its fullness.14 “Objectivity” is a poor philosophical substitute for the eternally rich, enduringly robust, and deeply personal truth that is ours to enjoy in Jesus Christ.

Postmodernism and its view of truth are problematic, but they are not our culture’s central crisis. The central crisis occurs when individuals, families, corporations, and empires refuse to listen to the God who speaks.15 And the crisis occurs in modernity and postmodernity alike. Changing cultural tides may bring varying philosophies to the surface. But the underlying human condition remains the same. It is the plight of the individual, modern or postmodern, who seeks to define himself by himself, and so robs himself of the meaningful identity that is gained only by belonging, body and soul, in life and in death, to his faithful Savior Jesus Christ.

Postmodernism is no friend to orthodox biblical faith, but neither is it an enemy. It merely collects some of the dominant ideas of our era under one philosophical heading. And as such, it’s a worthy object of study for pastors, students, and all thoughtful Christians—not to turn our minds away from the revealed truth of the Scriptures, but to turn them toward the needs of a world steeped in these presuppositions. If Christ is true, we have nothing to fear from a dialogue with postmodernism. In an age skeptical of reason, troubled by technology, captivated by stories, and longing above all for meaning, we will have more than enough opportunities to introduce postmodern friends to a Book that speaks and a Person who wrote it.

2. Kant’s essay “What Is Enlightenment?” offers a classic definition of this perspective.

3. See Peter L. Berger and Thomas Luckmann, The Social Construction of Reality: A Treatise in the Sociology of Knowledge (New York: Anchor, 1967). Like any other facet of postmodernism, the theory of “social constructionism” and its implications are hotly debated.

13. Esther Meek, Longing to Know: The Philosophy of Knowledge for Ordinary People (Grand Rapids: Brazos Press, 2003), 135–40. This is a helpful critique of the modernist idea of knowledge by a philosopher at a conservative Reformed college.

Mr. Michael R. Kearney is a graduate student and research assistant in the Department of Communication and Rhetorical Studies at Duquesne University in Pittsburgh. He is a member of Covenant Fellowship Reformed Presbyterian Church (RPCNA) in Wilkinsburg, PA.