Marv sat nervously before the Elders. His voice cracked as he spoke. Marv was a retired farmer in his mid-seventies. Upon retirement he worked at the local lumber yard. He did not want to be in the Council Room.

Not then, not ever. The trouble was that he had just been nominated to serve as an Elder. Upon receiving the letter asking him to serve, he immediately asked to be excused. When the Elders did not remove his name from nominations, he came personally to plead with them.

In his own unassuming way, Marv explained how he did not feel qualified to be an Elder in the church. Although a faithful member of the church, he had never taught Sunday School, had never led any Bible Study, nor had he ever been a Deacon. He had never graduated from eighth grade while many in the church had college educations. He felt certain that there were others more capable and more competent to serve than him.

My heart went out to Marv as he spoke to the Elders. I thought anyone brave enough to make a plea before the Elders should be removed from the slate. I also thought Marv had explained his reasons well enough to be excused.

Everyone of the Elders disagreed with me. They knew Marv was a quiet, unassuming person; but they also knew him as a faithful member of the church who loved the Lord. “Besides,” they argued, “considering the other men on the ballot, he probably won’t even be elected.” I have learned in my years in the ministry that statements like that are what we would call “famous last words.” Marv was left on the ballot and elected to serve as Elder for three years. 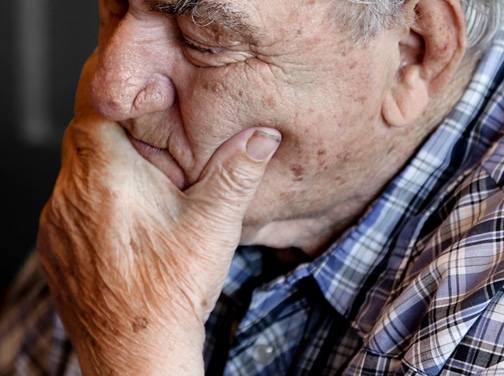 For the longest time I wondered why the Lord wanted Marv in the Council Room. He never contributed to any of the discussions; he always voted with the majority; and he seldom spoke up during Family Visiting.

About two and a half years later, I received a phone call from a distraught parent. Their teenage daughter was in the hospital. She had just had a baby. The parents didn’t even know that she was pregnant.

I went to the hospital to visit with Julie and her newborn son. She wanted to keep the baby. She did not want to marry the father. We talked about her baby, her responsibilities, and her relationship with her family, the church, and the Lord.

A few months later Julie came before the Elders. She spoke of her irresponsibility which led to her pregnancy. She acknowledged that she prayed to the Lord for forgiveness and that she wanted to be right with the church.

For the first time since he was an Elder, Marv spoke up. He told of how when he was a young man he had made several mistakes in his life. All his life he wondered if the Lord could ever forgive him for the things that he had done. It wasn’t that he doubted that the Lord could forgive him, he just wondered why He would ever want to.

It was the most eloquent speech I had ever heard. When he finished there wasn’t a dry eye in the room.

Julie has since gotten married. She has two more children and is an active member in the church.

Marv still thinks he is not qualified enough to serve as an Elder, but everyone who served with him knows exactly why God wanted him in the Council.

[The names in this article have been changed.]