I met Shaul (sha-OOL) Mayer ben Yitzchak at Hebrew School. We were inseparable. Jewish kids who attended public school (like us) were sent to Hebrew School in the afternoons in the hope that they would learn enough Hebrew to avoid humiliating dad at the Bar Mitzvah. Hebrew School was Monday through Thursday from 3:45 to 5 p.m., and again on Sunday morning for a couple of hours. I remember one day a student asked one of our instructors, Mrs. Berger, about Jesus. She was very careful to explain that Jesus was a good Jewish man, a rabbi of great wisdom. Modern Jews don’t like bigotry and prejudice, you see. Mrs. Berger was a modern Jew and did her share to foster peace between the two dominant groups Eastern European Jews, and Italian Catholics. (Protestants— I didn’t know any personally— were a very tiny minority, regarded by the rest of us as Roman Catholic also-rans.) Mrs. Berger’s kind words were the first non-epithetical ones we had ever heard spoken by a Jew about Jesus. Before that we were simply taught that everyone is entitled to his religion, that if Christians want to worship idols, well, that’s their right and we must not criticize them. They just don’t know any better. But Jews . . . well, we are different. We have a special calling. A Jewish boy has to have his Bar Mitzvah. First, though, I would have to get through Hebrew School. And that was far from automatic. It was easier for Shaul Mayer ben Yitzchak. He was a serious thinker. I suppose people would have considered this Schlissel to be one, too. After all, I had skipped third grade altogether and was placed in the “SP” (Special Progress) program in junior high. But I kept getting into mischief. “Bad boy,” some said. “Gifted under-achiever,” others said. “Bored,” I said. So I made my own amusements.

On the other hand, Shaul Mayer ben Yitzchak was a no-nonsense person. Though just a kid, he stood out as one interested in serious matters, even the answers to life. Mrs. Berger’s kind comments about Jesus, intended innocently by her to quickly and quietly put the subject to rest, Shaul and I found quite remarkable. She had uttered that NAME, had even said something nice about him, and did not die! A door which had, for Jews, been marked “ENTRY FORBIDDEN,” had, in that instant, become less foreboding. “Verboten” had not become “Welcome,” it’s true, but she had touched the fruit and lived.

At that time, of course, I had no idea where Shaul might range with the license he felt had been handed to him; our respective bravados were of different sorts. I tried try hard to understand him because I thought that at some level he was onto something. While other Brooklyn kids would hypothesize ad in finitum about the “facts of life,” offering as certainties the most amazing (and wrong) theories of the method of human reproduction, Shaul calmly sought out the actual facts. Like the rest of us, he would never consider asking his folks, any more than he would ask Mrs. Berger. But Shaul had the sechel (wisdom) and the chutzpah (nerve) to go to the public library and borrow A Catholic Parents’ Guide to Sex Education. If the dreaded word Catholic wouldn’t have stopped other Jewish kids, the fear of humiliation at the check-out desk would have (humiliation, after all, is to 12-year-olds a mortal dread). Yet, Shaul, neck-stiffened in the right direction, was determined to find out the facts, the truth. “You don’t have to know everything,” he said, “you just have to know where to find it.” Finding the truth. That was his strange prepossession. That’s what set him apart— in my view at least— what made him different, if not a bit odd. Most newly pubescent kids were content merely to speculate about those matters our parents never mentioned; they were not obsessed with finding out the truth. For them, it was process, not content, that mattered. But Shaul went right to the book. (To the right book, as it turned out.) Shaul’s search for truth was not limited to the biological sphere. It was life he wanted to understand, especially its meaning— if there was such a thing. For a time he thought it quite a nice question whether there was. He wrote a poem shortly after his Bar Mitzvah:

Be it here, be it there Being has no matter. Truth exists in emotional lies And the lies appear much fatter.

Books lie and looks lie A pen lies and a lens lies And I lie, but my lie Be truth to itself. For although the only existing truth

Lies in what you feel, The only lies exist in truth So you’ll never know what’s real.

The Catholic Parents’ Guide provided Shaul with info on the how of life; Shaul still wanted to know the why. My other friends were not chewing on ontological and epistemological challenges. So Shaul found himself in a tough position: he had great questions, but no one certainly not me – of whom to ask the answers.

But he did have books. I did, too, though I didn’t read much. The first book I remember reading cover to cover was Son of Flubber when I was in the sixth grade. It had a picture on the cover of Fred MacMurray bouncing through the air. Shaul’s tastes were in a different league, veering in our teen years toward Epictetus and Marcus Aurelius. While he got into Schopenhauer, I just got into trouble.

Eventually, Shaul did too. Perhaps I was a bad influence. About the time I began meandering along a wrong path Shaul began experimenting with what he had learned in The Catholic Parents’ Guide. It was the ‘60s, after all, the days of the hippies and yippies, the days of rejecting everything except the ephemeral. For me, they were days of despair. For Shaul, too. “I Can’t Get No Satisfaction” began to speak for both of us. We experienced similar degrees of angst and frustration, but chose dissimilar paths to relieve them. I looked toward hedonism, but Shaul kept searching for meaning; he kept grasping for an anchor behind the veil.

He was relentless. He pumped up on his reading and pumped out more poetry. I appreciated his efforts to understand life and I hoped that he would succeed. I had no such hopes for myself. For me, life was three things: 1) loneliness, 2) pain, and 3) methods to muffle 1 & 2. We both managed to survive the despair for a decade. While I was ready to call it quits on more than one occasion, Shaul refused to give up. Thank God, Shaul kept up the search. Through his reading, he had come to the conclusion that death held the key. Whatever meaning was to be found in life had to be found in the reality of death. That, he had learned, was the business of philosophy. But philosophy itself told him nothing about the other side of the grave.

Shaul began reading a Gideon Bible he had procured years before from a hotel room in Massachusetts. He looked up every death-related passage, using a concordance he had sent away for from some TV evangelist. When he happened upon Ecclesiastes, Shaul concluded that the Bible was a very hip book. I agreed wholeheartedly: “Vanity, vanity, all is vanity.” Absolutely! It is hard to describe the comfort we experienced knowing that we were not the first miserable wretches on the planet! Of course, we didn’t understand the significance of Solomon’s analysis, but we were relieved beyond words to know that our observations about the futility of life were not original.

Shaul kept on reading and studying the Bible. He brazenly went beyond the border built by rabbinic Judaism, even reading what was called The New Testament of Our Lord and Savior Jesus Christ (I told you he had chutzpah). “But,” he insisted, “the New Testament is very Jewish.” I was skeptical. “And didn’t Mrs. Berger say Christ was a good teacher?” Striking, isn’t it, how life-changes can sometimes be traced to unpremeditated, even nonchalant, remarks?

Shaul encountered Jesus Christ on the pages of the New Testament and believed. It was that simple. I embraced—or rather, was embraced by—that same faith, Abraham’s joy and hope. After being obsessed with death, I found life through Shaul’s search, a search that ended at the feet of our Messiah. 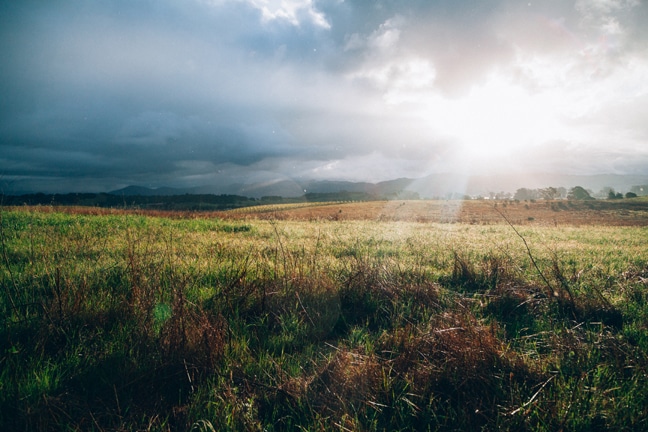 Shaul’s poem was wrong. Not all books lie. Truth exists. Now we knew the truth, and that not as a mere concept, but as a Person. Jesus Christ forgave us and turned us from our sins, from our futility, from our death. He wrote a new chapter for our lives. No. He wrote a new book: “Meaningful, meaningful, everything is meaningful!”

I am Shaul Mayer Ben Yitzchak.

Steve Schlissel has served as pastor of Messiah’s Congregation in Brooklyn, NY since 1979.