More Than One Way? is the title of a recent book on a very important question: Is faith in Jesus the only way to salvation or is it possible for non-Christians also to be saved?1 In this book several authors present four quite distinct answers to this question. John Hick defends a very liberal point of view that rests on the idea that all religions are equally paths to God. Clark Pinnock, who claims to be an evangelical theologian, endorses a view, developed by the Roman Catholic theologian Karl Rahner, that suggests that sincere people may be saved by Christ without consciously knowing Christ. Alister McGrath takes an agnostic view as to whether non-Christians can be saved. R. Douglas Geivett and W. Gary Phillips defend the traditional Christian view that only Christians will be saved.

This recent book reflects some of debate that has developed around this question of the salvation of non-Christians in the last two centuries. A wide range of heterodox views have gained a measure of popularity. Some theologians have suggested that the souls of those apart from Christ are annihilated after death. Others argue that all will eventually or immediately be saved. Still others believe that sincere followers of any religion or philosophy will attain to heaven. In this century Rahner has used the phrase “anonymous Christ” to refer to Christ’s saving action among those who have no explicit faith in Him. Defenders of all such views justify them to one extent or another on the basis of their compassion for the lost.

Compassion according to Webster’s Ninth New Collegiate Dictionary is “sympathetic consciousness of others’ distress together with a desire to alleviate it.” Compassion is a feeling of concern with the trouble of another, coupled to a wish to help in some way. Compassion therefore is certainly a Christian virtue.

Christian compassion has always extended in a special way to the lost, to those who do not know Christ. For most Christians this compassion is rooted in a sense of the wrath of God that rests on those apart from Christ and leads to an effort to communicate the gospel to them so that in Christ they might be rescued from the wrath to come. 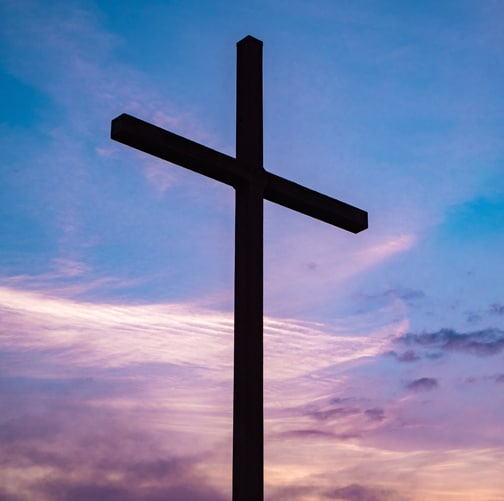 Evangelical Christians have seen the need to address this matter of the salvation of non-Christians because of widespread confusion about this question. Recently the Norwegian Lutheran theologian, Tormod Engelsviken, has written a fine article entitled “Christianity is Exclusive,” in World Evangelization (January, 1996), defending the traditional Christian view. He writes as a member of the Lausanne Committee for World Evangelization and argues effectively that there is no salvation apart from faith in Christ.

This debate has recently surfaced in our Reformed circles. Professor Klaas Runia from The Netherlands, usually viewed as a conservative theologian in the GKN, lectured this year in Grand Rapids. In his lecture he too adopted a view very much like that of Karl Rahner: Everyone who is saved is saved by Christ, but some are saved by Christ without knowing Him. He is perhaps not as confident about the extent of that salvation as Rahner was, but he does answer affirmatively his own question, “Does this mean that there is no truth in all the other religions and that all the adherents of the other religions will be lost forever?”2 The Rev. Sierd Woudstra, a retired CRC minister, took the same view as Runia in a letter to the Grand Rapids Press.He wrote, “Since salvation is by grace alone, may we perhaps hope that, through Jesus Christ, the almighty has ways and is powerful enough to bring the majority of the human race into his eternal kingdom?” Woudstra clearly answers yes to his own question.

Both Runia and Woudstra plead compassion for the lost as at least part of the motivation for their view. Runia stated, “I can’t believe that God would not have heard the cries of the Old Covenant people when they cried out in Auschwitz.” Woudstra wrote of “the millions” who “have lived and died in a hell on earth”: “Fine Christian minds have long held that it is unthinkable that following their hell on earth the almighty would send them to another hell, one far worse than the first and presumably lasting ‘forever’.” Everyone can sympathize with the concern of Runia and Woudstra. They have compassion, especially for non-Christians who have suffered greatly in this world. But has their compassion become in fact ungodly? Godly compassion must be Biblical compassion, that is, it must be compassion defined by the Bible. To have Biblical compassion for the lost is to believe what God says about them. And what the Bible says about them is really quite clear (although Woudstra suggests that the Bible is no clearer here than on women in office!).

The Bible’s view is that non-Christians in their sin do not seek God, but oppose Him. Remember Psalm 2:1,2: “Why do the nations conspire and the peoples plot in vain? The kings of the earth take their stand and the rulers gather together against the Lord and against his Anointed One.” Jeremiah wrote, “This is what the Lord says: ‘Do not learn the ways of the nations…For the customs of the peoples are worthless’,…Pour out your wrath on the nations that do not acknowledge you, on the peoples who do not call on your name…” (Jer. 10:2, 3, 25). Paul makes the same point: “Like the rest, we were by nature objects of wrath…Therefore, remember that formerly you who are Gentiles by birth and called ‘uncircumcised’ by those who call themselves ‘the circumcision’ (that done in the body by the hands of men)—remember that at that time you were separate from Christ, excluded from citizenship in Israel and foreigners to the covenants of the promise, without hope and without God in the world. But now in ChristJesus you who once were far away have been brought near through the blood of Christ” (Eph. 2:3,11–13). The consistent teaching of the Bible is that those who are not faithful members of the covenant of grace are alienated from God.

Tormod Engelsviken in his article referred to Cornelius, a noble, religious Roman, but one who was not saved until Cornelius was: “Everyone who believes in him [Jesus] receives forgiveness of sins through his name” (Acts 10:43). Apart from faith and covenant connection with Jesus there is no salvation—even for noble pagans.

Jesus teaches us the same lesson: “Now this is etemal life: that they may know you, the only true God, and Jesus Christ, whom you have sent” (John 17:3). Knowledge of Jesus is fundamental to salvation.

Some may ask about the children of believers who die in infancy or about severely mentally retarded persons who are children of believers. Can they have faith or knowledge of Jesus? We cannot limit the power of God to give knowledge and faith: John the Baptist had faith in his mother’s womb. We must also remember that the Word comes to them in baptism declaring them holy children in the covenant of grace. They are not a case of persons being saved who are strangers to Jesus and His covenant. The distance between the clear teaching of Scripture and the positions espoused by Runia and Woudstra is very alarming. Runia stated his views as part of a study committee of the Reformed Ecumenical Synod. Dr. Henk de Waard of Australia, moderator of the Reformed Ecumenical Council, defended Runia’s views as “responsible,” noting: “I don’t think it was a new view or even a very radical one.” De Waard did insist that there are limits to what would be tolerated theologically in the REC He said, “If any church would say we no longer believe in the deity of Christ or the physical resurrection, I have no doubt that would be dealt with.” In effect Dr. de Waard said that Runia’s views about non-Christians are not a matter of salvation (that distinction between saving and non-saving truth so often appealed to today). But Runia’s views are a matter of salvation to non-Christians. If the views of Runia and others undermine our missionary efforts, then indeed it is a matter of salvation!

The “compassion” of Runia and others leads perhaps unintentionally but inevitably to the destruction of the uniqueness and work of Christ. Such compassion has undermined missions concern and activity in many liberal denominations. We need rather a genuine compassion for the lost that eagerly seeks to preach the gospel so that the lost might be saved. Still a deeper issue of compassion must be faced. What do views like Runia’s ultimately do to our compassion for Jesus? Do we care that He suffered on the cross in our place? Do we remember the full measure of His agony as He died for His own? Do we trivialize His death if we say faith in Him is not necessary for salvation? We must have compassion above all for Jesus who is still despised and rejected in this world.

We cannot allow ungodly compassion to replace godly compassion—for Jesus and for the lost who need to be called to faith in Him. Godly compassion says, “For God so loved the world that he gave his one and only Son, that whoever believes in him shall not perish but have eternal life.”

1 More Than One Way? edited by Dennis Okholm and Timothy Phillips, Grand Rapids, Michigan (Zondervan), 1995. 2 The quotations from Klaas Runia and Henkde Waard in this article are taken from a news report by Darrell Maurina.

Dr. Godfrey, contributing editor of The Outlook, is president and professor of Church History at Westminster Seminary in Escondido, CA.