The Board of Trustees of Westminster Theological Seminary in California has named the Rev. Dr. W. Robert Godfrey to become the third President of the school. Godfrey, who has been Professor of Church History at the seminary since 1981, will begin his service as president on June 1, 1993. He succeeds Robert G. den Dulk who is completing almost thirty years of service with the Westminsters in Pennsylvania and California, the last five as President of the California seminary. Den Dulk will continue his work on behalf of the seminary part-time in development and constituency relations. 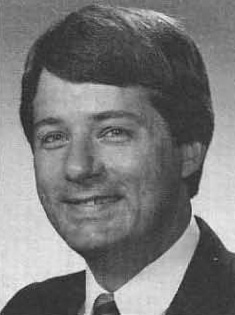 Godfrey is a graduate of Stanford University (A.B., M.A., Ph.D.) and Gordon-Conwell Theological Seminary (M.Div.). He taught church history at Westminster Theological Seminary (Pennsylvania) from 1974 until his move to Westminster in California in its second year of operation. He was academic dean of Westminster in California from 1990 to 1992. An ordained minister in the Christian Reformed Church, he is an enthusiastic and articulate spokesman for the inerrancy and authority of Scripture and for the Reformed faith, not only in his own denomination but also among Reformed and evangelical churches generally. He has served the denomination as an elder of congregations in Broomall, PA, and Escondido, CA, and as a delegate to the Synod of the Christian Reformed Church.

Godfrey’s international ecumenical contacts include service on the Theology Working Group of the Lausanne Committee for World Evangelization. In 1988 he was convener of the Lausanne Committee’s Consultation on Conversion in Hong Kong, and in 1985 he presented a major study to the Consultation on the Holy Spirit and Evangelization in Oslo, Norway. Last November he traveled to Seoul, Korea to lecture in a special conference commemorating the ministry of the influential theologian and church leader, Dr. Yun Sun Park. In February 1993 he was elected Recording Secretary of the steering committee of the International Reformed Fellowship and chairman of its theological committee at its organizational meeting in Los Angeles. He also serves on the boards of Christians United for Reformation and of the den Dulk Christian Foundation.

He has co-edited and contributed to a Festschrift for Philip Edcumbe Hughes, Through Christ’s Word (Presbyterian and Reformed, 1985) and Theonomy: A Reformed Critique (Zondervan, 1990), a collaborative project of the two Westminster faculties. He is a contributing editor of The Outlook, the monthly journal of the Reformed Fellowship, Inc.

Westminster Theological Seminary in California was established in Escondido, CA, in 1979 to serve students wishing to study for the pastoral ministry and related areas of church service. The seminary currently serves 171 students from across North America and around the world in its Masters and Doctoral programs. Its influential faculty is widely known for its scholarship, dedication to the Bible, lecturing abilities and demonstration of pastoral concern.