A federal appeals court, made up of liberal judges appointed by Jimmy Carter, has ruled that the military ban on homosexuals is based on prejudice and serves no legitimate purpose. The court compared the military’s position, that homosexuals threaten unit cohesiveness and undermine morale and discipline, to segregation once practiced by the armed forces. It said the military used the same excuse in an attempt to maintain segregation and that both are unconstitutional. 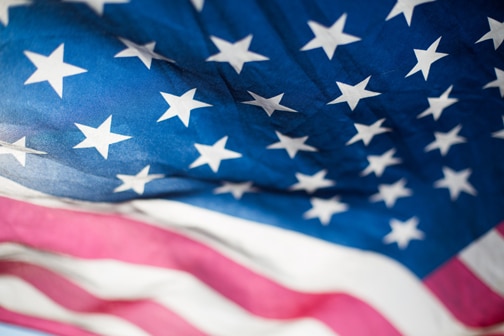 While the court ruled on the old policy that banned gays outright, it is unclear whether the new “don’t ask, don’t tell, don’t pursue” policy is affected by the decision. That policy which allows “gays to serve” requires the dismissal of anyone who announces his or her homosexuality or practices it.

The court said that while instances of civilian judicial involvement in the military ought to be rare, the Constitution is not invalidated when one enters the armed forces.

Maybe not, but the appeals court ruling is flawed in at least two ways. First, it accepts the homosexual’s argument that race and behavior are equal, which they are not. Second, while it pays respects to precedent, it rides roughshod over a mountain of precedents.

In Chappel vs. Wallace (1983), the Supreme Court reiterated that “the need for special regulations in relation to military discipline, and the consequent need and justification for a special and exclusive system of military justice, is too obvious to require extensive discussion; no military organization can function without strict discipline and regulation that would be unacceptable in a civilian setting.” In Orloff vs. Willoughby (1953), the Supreme Court noted, “Many of the framers of the Constitution had recently experienced the rigors of military life and were well aware of the differences between it and civilian life. In drafting the Constitution, their response was an explicit grant of plenary authority to Congress ‘to raise and support armies’; ‘to provide and maintain a navy’; and ‘to make rules for the government and regulation of land and naval forces.’ That’s from Article I, section 8 of the Constitution, which the recent appeals court ruling seeks to circumvent.

The Supreme Court has nearly always deferred to the military in matters of discipline because, as it has noted, “judges are not given the task of running the Army.” That’s why Congress has again stepped in, asserting its constitutional right to set the rules for the armed forces. Senate Armed Services Committee chairman, Sam Nunn (D-Ga.), wrote the new policy which was approved as part of the fiscal 1994 Pentagon budget by the House and Senate. The Nunn policy instructs the military not to ask whether a person is homosexual, but it leaves the decision whether to reinstate the question to a future defense secretary.

The military ought not be a laboratory for social and political experimentation. Already there are reports of a decline in the quality of new recruits. Official approval of homosexuals in the ranks would further erode that quality as significant numbers of people who might otherwise join, would not join, based on moral principles they see the military as having surrendered.

The gay rights lobby sees the military as the embodiment of the nation’s moral flame. If it can extinguish that flame, the resistance to the rest of the gay agenda will have been overcome. After all, if gays can openly serve in the military and risk their lives, why shouldn’t they be able to marry and adopt children and so forth?

This debate isn’t about gay rights to engage in private, consensual sex, which they have in many states. It’s about forcing those with a moral aversion to homosexual behavior to accept it as a standard and to teach public school children that gay is OK.

The military is the currently approved vehicle for arriving at this goal, but thanks to courageous senators like Sam Nunn and Indiana Republican Dan Coats, Congress is putting a roadblock in their and the appeals court’s way.