The decision by one judge in Hawaii that the state may not prohibit same-sex “marriages” goes against the Author of marriage, legal precedent, the will of an estimated 75 percent of Hawaii’s citizens and what used to be called common sense. But it is not the victory the gay lobby claims. It is what Alliance for Traditional Marriage chairman Mike Gabbard calls “a preliminary decision. The main event is the upcoming 1997 legislative session, where a constitutional amendment defending marriage as the legal union between a man and a woman will be introduced and hopefully passed with the required two-thirds majority in both the House and Senate.”

The reason Hawaii and the rest of the nation are having problems not only with same-sex “marriage,” but also a host of other moral issues, is that we’ve forgotten or ignored certain definitions. If gay “marriage” is allowed, there will be no stopping others who wish to strike down what remains of foundational truths once thought to be self-evident. Even the dictionary will have to be rewritten because it says, to marry “is to join as husband and wife according to law or custom.” The US Supreme Court has understood this definition to mean that marriage occurs when a man and a woman enter into a legal and spiritual relationship ordained by God.

“For this reason, a man will leave his father and mother, and be united to his wife, and they will become one flesh.” That’s from the Old Testament Book of Genesis (chapter 2, verse 24, to be precise), a book that has been receiving some attention on television, in Time magazine and in the bookstores in recent weeks. That notion of male-female marriage is repeated in the New Testament and given a further dimension when St. Paul describes it as an earthly manifestation of the Trinity.

So, God is the Author of marriage, nota university sociologist, or think tank and certainly not the courts. But what happens when a nation (or the courts) forgets God and what He has created for our benefit? All things then become possible, even probable. If gay “marriage” becomes possible, then there is nothing stopping polygamists, or anyone else, seeking redress of unique grievances. Where will the line be drawn, who will draw it and on what standard will it be based?

Besides, homosexuals can and do change. My files bulge with stories of those who once engaged in sex with people of the same gender, but no longer do. They testify to the possibility of change for those who want to. Along with our own history and the history of nations that tolerated licentiousness, it is the greatest legal argument against granting the right of marriage to same-sex couples. 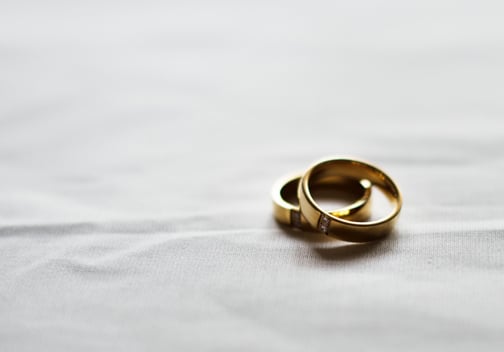 Fortunately, Congress has passed and President Clinton signed the Defense of Marriage Act, allowing states the right not to recognize same-sex marriages. But this will be challenged under the Constitution’s “equal protection” clause.

The tyranny of some courts continues. The will of the majority and even precedent can be set aside by the power of a single judge. But the battle isn’t over. The gay lobby will continue its attempt to intimidate all who stand in the way (including columnists). Those opposed to gay “marriage” believe they will prevail in the Hawaii legislature with their proposed constitutional amendment.

It will probably be close. While Hawaii has long been on the liberal fringe of many social issues, the struggle to maintain what remains of the social fabric will ultimately determine whether we will continue to follow ancient Rome on the road to destruction, or come to our senses, turn around and re-enter a harbor of safety ordained by God for our own protection.

Turning Benjamin Franklin’s categorical statement into a question, the gay “marriage” debate is about whether God any longer governs in the affairs of men — but what happens to us if He doesn’t?