In the 1920’s and 30’s the Presbyterian Church in the U.S.A. was convulsed by the fundamentalist! modernist controversy. The public issue in the controversy was whether or not the church should require its pastors to adhere to what were then called the “fundamentals” of the faith, doctrines such as the full inspiration of the Bible. the Virgin Birth. the miracles in the Bible, the substitutionary death of Christ, and the personal, visible return of Christ. A moments reflection shows that without these doctrines one could maintain a form of religion, but it would not necessarily be distinctly Christian. Two different religions were competing for control of the church. Finally, in 1936, J. Gresham Machen, a founder of Westminster Seminary and a key conservative Reformed theologian, was expelled from the church along with several of his fellow travelers. Their natural recourse was to start new church structures.

The split, as these things tend to be. was ugly. Many people were hurt and many relationships were broken. Conservatives and liberals joined in mutual name calling. Even worse, the conservatives who were expelled or left in protest broke off joint endeavors with the conservatives who decided to stay in to work for renewal. So the Bible believing leaders on both sides felt betrayed and rejected. Former friends and fellow workers would hardly talk to each other.

Running around in the circles of those who were expelled was a bright, energetic, newly converted seminary student who gained prominence as a Reformed theologian thirty years later: Francis Schaeffer. Those experiences equipped him to make a distinctive contribution to an adequate Reformed view of the church that addresses some of our current problems of liberalism, traditionalism and the application of the Biblical message to a post-christian culture. I will briefly outline some of his contributions to our view of the church. 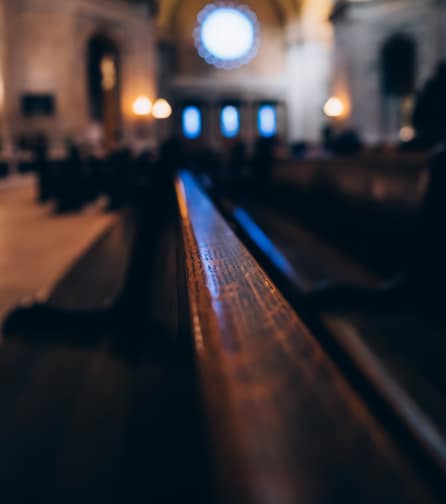 THE CHURCH – A BRIDE

Flrst, the church must have as the faithful bride of Christ. Schaeffer points out that both the individual believer and the church as a whole

From the Bride/Groom metaphor follow three corollaries that Schaeffer points out. The first is that unfaithfulness to Christ by the church is properly called “spiritual adultery.”1 Under this heading he exposits several passages from the Old Testament. And then he pointedly claims that liberal theology is a form of spiritual adultery.

It denies the personal God who is there. It denies the divine, historic Christ. It denies God’s way of salvation. The liberals elevate their own humanistic theories to a position above the Word of God, the revealed communication of God to men. They make goos which are no gods, but are merely the projections of their own minds.2

He is quick to point out that not every individual who has been slightly influenced by liberal theology is personally guilty of spiritual adultery.3 But liberal theology as a whole teaches a religion different from Biblical Christianity, and therefore liberal theology (including neo-orthodoxy) comes under the prohibition of idolatry and unfaithfulness to God found throughout Scripture.

A second corollary is that. “If God’s people turn away in spiritual adultery, it will not be long until the following generations are engaged in physical adultery, for the two things go hand in hand.”4 At this point Schaeffer cites Hosea 4:13: “They sacrifice on the mountaintops and burn offerings on the hills, under oak, poplar, and terebinth, where the shade is pleasant. Therefore your daughters turn to prostitution and your daughters-in-law to adultery” (NIV).

Most of the Protestant denominations in the United States came under the influence of theological liberalism in the 1930’s. And by the 80’s, the American culture shaped by those mainline churches was marked by promiscuous sex and every sort of perversion. A similar historical order can be observed in the other Western countries. This is no accident. He claims there is a cause/effect relationship between spiritual adultery and sexual adultery, with the effect coming a generation or two later because there is a cultural memory of Christian ethics that lingers after the Biblical basis is gone.

As the bride puts herself in the bridegroom’s arms on the wedding day and then daily, and as therefore children are born, so the individual Christian is to put  himself or herself in the Bridegroom’s arms, not only once for all in justification, but moment by moment. Then the Christian will bear Christ’s fruit out into the fallen, revolted, external world.5

This third corollary represents the positive side of the Bride/Groom metaphor. Without it, spiritual fruitfulness in a fallen world would be hopeless. But this should not only be the character of our personal walk with God: we should probably interpret some of what Schaeffer says about the church in Iight of this metaphor. For example, he writes: “The first thing the Christian community should do is to stand as a community in a living, existential, moment-by-moment relationship to God.”6 This means that the organization and program of the church should depend on answers to prayer and the empowering of the Holy Spirit. Unfortunately, “as far as the world can see, our whole organizational program is set up as though God isn’t there and we have to do everything ourselves on a Madison Avenue basis.”7

THE CHURCH – LOVING AND HOLY

In addition to the Bride/Groom metaphor, a second major motif in Scaheffer’s view of the church has to do with the relation between love and holiness. Stated positively, the church must seek to demonstrate simultaneously both the love and the holiness of God, which is possible only by the power of the Holy Spirit. The demonstration of the love of God comes by the practice of observable love among believers which leads to a reality of community among believers. The demonstration of the holiness of God comes by the practice of purity of doctrine and morals in the visible church.

The framework of love and holiness enabled Schaeffer to make some penetrating observations about church life. They are worth quoting at length.

I perceive again three corollaries of the principle of the simultaneous demonstration of love and holiness. The first relates to discipline. The holiness of God requires that we pursue the purity of the visible church; this requires that “the liberals in the church should come under discipline.”9 And this discipline should not come in “one great burst of enthusiasm,”10 but should be done continuously, case by case. And at the same time, those who come under discipline, who may even be expelled from the church, must be shown real neighborly love. Anything less is a denial of the love of God.

A second corollary has to do with relations among Bible-believing Christians. If the battle for the doctrinal purity of the church is lost. it may be necessary for true Christians to leave their former visible organization. Then “it will not be a simple situation where all the faithful Christians will come out at the same time.”11 At that point in time, love of the Christian brother requires visible expressions of love between Bible-believing Christians who leave and those who choose to stay. Actions taken in the name of purity of doctrine must be matched with actions in the name of love of the true Christian brother. And it will normally require some organizational framework to express this love among true believers.

A third corollary is that those who leave and those who stay longer in a denomination splitting over doctrinal impurities must guard against improper tendencies in themselves. If in the name of holiness we leave, we must not become loveless and hard.thinking that every doctrinal disagreement is a matter to split over. If out of love we stay in a doctrinally mixed denomination a little longer, we must not become latitudinarian and think truth does not matter.12 “Beware of the habits we learn in controversy.”13

THE CHURCH – FREEDOM WITHIN FORM

A third motif in Schaeffer’s writing on the church is that the ministry of the church must be marked by freedom within form. In response to the question of whether the church as aninstitution would survive the 20th century or die of irrelevance, Schaeffer claimed the church would thrive if it practiced the proper balance of freedom and form. “Form” has to do with maintaining continuity with Biblical principles. “Freedom” has to do with being contemporary, rather than ossified.

As examples of form Schaeffer mentions eight principles needed to guide the polity of the church. They are: 1) Local congregations are to exist and are to be made up of Christians; 2) these congregations are to meet together in a special way on the first day of the week; 3) there are to be church officers (elders) who have responsibility for the local churches; 4) there should be deacons responsible for the community of the church in the area of material things; 5) the church is to take discipline seriously; 6) there are specific qualifications for elders and deacons; 7) there is a place for form on a wider basis than the local church; 8) the two sacraments of baptism and the Lord’s Supper are to be practiced.14 Most of these are pretty common to Reformed Christians. Schaeffer saw this list as a set of examples, not as exhaustive.

Within form he insisted the church has a great deal of freedom. Under the leadership of the Holy Spirit, the church must adapt itself to the local situation. And unless it does so, the church will drop into an ossified, irrelevant traditionalism. As examples of freedom Schaeffer mentions what time on Sunday a church will meet, whether in the morning, afternoon or evening; what language will be used in worship and whether a pastor will only preach to the congregation or also spend time answering questions asked during the service.15 During the 60’s Schaeffer’s chapel was filled with people in blue jeans and barefoot. and they found no Biblical reason to suggest anything different. This same freedom allowed them to extend the sermon from the usual twenty minutes to an hour and a quarter. Such freedoms allowed them to truly apply the Biblical gospel to the people they met.16

A proper combination of form provided by Scripture and freedom under the Holy Spirit avoids, on the one hand, the problems of liberalism that minimize or deny Biblical form, and on the other hand, traditionalist that thinks that God commands everything to be done exactly as it has always been done. The goal is to truly apply the Word of God to the people in our communities. Schaeffer has not given us a complete theory of the church, nor does he claim to do so. He simply assumes much of traditional Reformed ecclesiology. But I think he has provided a helpful framework for dealing with many current issues.