Integration in public schools is once again forcing America to re-appraise the principle of state schools. Virginia and Arkansas are in the vanguard in looking to privately owned schools as a solution.

to the problem of integration. Through private schools they hope to re-establish the right of parents to determine the type of schools their children are to attend.

As matter of fact, in large cities parents have been using this same kind of solution to the problem of integration. As the social and academic climate depreciates in public schools, parents increasingly come knocking at the doors of Christian schools, both Catholic and Protestant. Wealthy citizens have for a long time segregated their sons and daughters by sending them to private schools. Vice-president Nixon has been reported to have transferred his children from an integrated public school to a non-public school. It will be a sad day for American democracy when parents are denied the right to determine the kind of education their sons and daughters are to receive.

The trend toward non-public schools is snowballing. In his syndicated newspaper column of October 22, David Lawrence wrote very strongly in favor of private enterprise in education. He quotes with approval the Alabama lawyer who wrote in the official publication of the Alabama Bar Association as follows: “To a lawyer who has followed the segregation cases, it is apparent that the state cannot exercise any part in the operation of a private school system. In other words, if we are to have a segregated school system, then public education as we have known it is finished.” Out of the present tension David Lawrence hopes there may come forth “one of the most wholesome things…in the last 150 years.”

In this same spirit a Grand Rapids citizen writes in the Public Pulse of the Grand Rapids Press of October 27: “Give them (Little Rock private schools) time and they will outshine the public schools as the private parental schools have here in Grand Rapids and other places.” Thus at the grass roots and at the level of nationally syndicated columns we find an open plea to put education back into the hands of parents.

Over against this was the attempt in California to tax non-public schools, which was repulsed at the polls last November with a 2 to 1 vote. But Professor Emeritus J. L. Childs of Columbia also challenges the right of private and parochial schools to grow unhindered. Dr. James Conant is an avowed proponent of the view that all children should be in public schools through the secondary level. He, along with many other Americans, feels that any kind of segregation militates against democracy.

What ought we to do in such a time as this?

First, we ought to tell our fellow citizens that non-public schools are a bulwark for democracy. What could or would undermine democracy faster than an education in control of the state? Our public schools enjoy much of the liberty they still possess because alongside of them flourish systems of schools free from the state. These systems can be and are mutually beneficial. Public school education helps to set standards for non-public schools even as religiously oriented schools help to maintain and improve the moral tone of public schools. 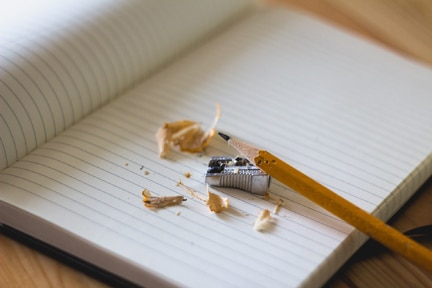 A second thing we ought to do in these days of uncertainty about the meaning of things is to talk and write to our American neighbors that education is a religious enterprise. Dr. John Wesley Ross, chairman of the Department of Religion, University of Southern California, writes that “The task of education is to find meaning. Knowledge is an indispensable part of this task, but its role must be seen in the light of a broader and more significant objective (italics mine). Religion gives to education this kind of meaning” (Religious Education, 910–58). Mr. Mark Fakkema, Director of the National Association of Christian Schools, is to be commended for his untiring efforts to convert Americans to the cause of Christian education. When our fathers came to this country they hoped to do that very thing.

Our National Union of Christian Schools too is bringing the cause to the attention of the citizens of our country. It seems that the educational climate is becoming ripe for leadership in this area. What a wonderful privilege it would be if God would use us to teach America that it is only through the light of the Bible that we may see light.