To fragment or federate? That is the question. Do we have any union as the church universal? Is there any mutual accountability in the URCNA? Are we a group constantly seeking to fragment along local church boundaries or are our local churches within actual federated borders? Are local churches seeking nothing more than counsel and advice or do we actually submit to one another? Is there any authority in the decisions of a classis or synod or is everything they do nothing more than a committee of pre-advice for the local church?

These questions become more pointed when office bearers question the legitimate authority of Synod – authority rooted in union with Christ and our common commitment to submit to one another. The practical implications of this unity are seen in our agreement with the three forms of unity and our agreement to order our ecclesiastical relations as local church in conformity with the Church Order adopted by common consent. We have federated together in these ways. Declarations made by several offices bearers on the floor of Synod and in an article in the July 12, 2004 issue of the Christian Renewal entitled “Reflections on URC Synod 2004” and written by Rev. John Bowers concerning the nature of a decision of the United Reformed Church’s Synod 2004 threatens this unity. 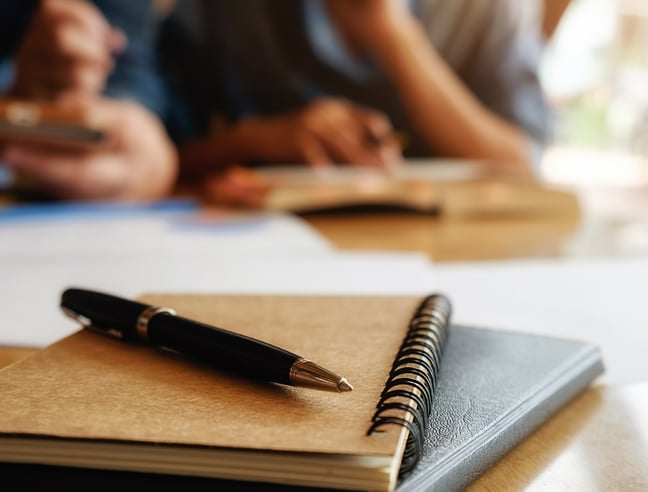 This decision is not an ‘extraconfessional’ statement that somehow has special status alongside of our confessions. It is rather an affirmation of the Confessions themselves on a specific point of their teaching. Therefore, agreement with the teaching of our Confessions as recognized and affirmed by classis has a direct bearing on Confessional subscription. Any candidates or office bearers who cannot affirm what classis has affirmed regarding the Confessions on this point cannot properly subscribe to the Three Forms of unity (minutes, Classis Western Canada, Article 34).

The response to this declaration was an appeal. “The Consistory of Covenant Reformed Church, Grand Prairie, Alberta, appeals to Synod Calgary 2004 to declare that Classis Western Canada Spring 2003 (Salem) erred in adopting its statement regarding the advice given to Mr. Gallant (Minutes, Art. 34) and that this statement is therefore not binding on the churches or office bearers” (Agenda for Synod 2004, p. 26).

Synod 2004 heard the appeal. Synod 2004 did not sustain the appeal. By not sustaining the appeal Synod affirmed the work of Classis. Synod affirmed the conclusion of Classis Western Canada that those affirming paedo-communion are outside our confessional boundaries. Synod 2004 affirmed that a profession of faith is necessary for participation in the Lord’s Supper according to Scripture and our confessions. If words have any meaning, then this means that anyone holding to paedo-communion believes a teaching that is at odds with the confessions.

Sometime after Synod failed to sustain this appeal, four ministers and an elder asked for a “point of personal privilege”. They said, “With respect to the adjudication of an appeal, the deliberations and conclusions of a broader assembly are to be understood as specific to the particular appeal in question. Such conclusions do not necessarily and automatically thereby become the de facto position of the broader assembly (Synod afternoon session, June 18, 2004).

I had several reasons voting in favor of the motion to excise this statement. First, it addressed the issue in an unorderly manner. The men should have immediately made their point, or at least received permission from the chair to formulate a position. I have exercised the right to register my negative vote with comment several times in my years in the Christian Reformed Church. But this always took place as part of the vote. The second point is much more significant. I voted to excise this point of personal privilege because it restricted the significance of the work of Synod and our federated unity. If the URCNA adheres to this perspective in the context of an appeal about the teaching of the confessions we will fragment our federated unity. This perspective ignores and contradicts Church Order Article 29 of the URCNA.

Church Order Article 29 of the URCNA already addresses the significance of appeals and the decision of a broader assembly:

If any assembly complains of having been wronged by the decision of another assembly, it shall have the right to appeal to the broader assemblies. An individual’s appeal must proceed first to the Consistory, and only then, if necessary, to a broader assembly. All decisions of a broader assembly are to be received with respect and submission, and shall be considered settled and binding, unless it is proved that they are in conflict with the Word of God or the Church Order. Consistories who are convinced that they cannot comply with a decision of a broader assembly because it does not agree with the Word of God cannot be compelled to do so, provided that they state to the classis the point at which the decision of the assembly disagrees with the Word of God. If a Consistory refuses to comply with the final decision of the synod and a subsequent synod rules by majority vote that submission in the matter is essential to the unity of the churches, the congregation is no longer eligible for membership in the federation (Church Order URCNA, Article 29).

In the present case the appeal went to Synod from a consistory, not an individual. Synod is the broader assembly that has made a decision about the teaching of the confessions that is settled and binding and should be received with respect and submission. Classis Western Canada and Synod 2004 declared that the Three Forms of Unity confessing Biblical truth require a credible profession prior to participation in the Lord’s Supper. The implications are clear for the federation. No local church can submit a candidate to the ministry and no classis can give concurring advice for candidacy to a man believing in paedo communion. In the URCNA you cannot sign the form of subscription if you do not believe there must be a profession of faith prior to participation in the Lord’s Supper.

The consistory of Covenant Reformed Church, Grand Prairie, legitimately brought their appeal to Synod. They gave their reasons for disagreeing with Classis Western Canada’s decision. Now, the Grand Prairie church has several options consistent with the Church Order. First, she can “receive the decision of Synod 2004 with respect and submission” (Church Order Art. 29). Second, if they are convinced they cannot comply with Synod’s decision and desire to remain a part of the federation they need to openly communicate to their Classis their desire to remain and the points at which they believe the decision of Synod does not agree with the Word of God. This public statement then becomes the basis on which a subsequent synod can rule by a majority vote whether submission in this matter is either essential or not essential for the federated unity of the churches.

However, the church order does not just address the consistory that has initially brought the appeal. It addresses all consistories when it states, “Consistories who are convinced that they cannot comply with a decision of a broader assembly”. The decisions of the broadest assembly apply to the whole federation. This includes the final decision of Synod 2004 not to sustain the appeal of Grand Prairie. This is a “final decision” of Synod 2004. For a local church or minister to declare outside the ecclesiastical structure already noted that this decision of Synod does not apply to them is a breach of our federated unity. I did not personally hear any reason they must do this and hope they remain a part of our federation.

If any local church understands that a final decision of Synod misinterprets the Word of God as confessed in the Three Forms of Unity her consistory must declare this to the federation. If a local church has not yet appealed the matter, they must either appeal the matter or declare their non-conformity to their classis. Again, this declaration becomes the basis for either leaving the federation or a subsequent Synod’s authority to determine if the matter is necessary to federated unity. But no local consistory or office bearer has the right to declare this final decision of Synod “non-operative.” Such a declaration ignores the church order.

There is legitimate concern about the power of a denominational bureaucracy in our history. However, there is also the clear historical reality of a so-called unity of local churches that totally ignores the confessions and church order that are the basis of true unity. In the Christian Reformed Church a church order had been adopted that local churches chose to ignore depending on what they thought was right in their own eyes. The Christian Reformed Synod of 1995 decided to allow any local church to declare inoperative the church order article relating to only males serving in office. Declaring the church order “inoperative” became an approved action by the Synod itself contrary to the church order. Local churches in many denominations choose what they will or will not follow in their supposed unity with other federated churches.

The perspective advocated by this point of personal privilege is no different. It encourages local churches to do whatever they want. Some of us left the Christian Reformed Church for a federated union of integrity. We desire a federation that respects synodical “final decisions”, has a common understanding of the Three Forms of Unity and honors the church order. To declare this appeal about the nature of the confessions as applying only to the specific situation encourages local churches to ignore the church order, redefine the confessions and do what is right in their own eyes. Federation in conformity with our present church order is what ought to be practiced, not such fragmentation.

Rev. Casey Freswick is the pastor of the Bethany United Reformed Church in Wyoming, Michigan.