One day Benjamin Harrison, then president of the United States, was engaged in earnest conversation with Philadelphia’s merchant prince, John Wanamaker. Said the former, “I have received many honors which I held dear and to which I tried to be true. But none of these do I esteem higher than my calling as ruling elder in the church.” Eagerly the latter turned to him, “And you feel that, too? I have felt and said the same thing for years.”

Such language, I fear, is seldom heard today. Eldership and diaconate instead seem to have gone into eclipse. The notion now prevails that the church’s welfare depends solely on her pastor. If he’s a friendly fellow, a smooth talker, and preferably the possessor of a Pepsodent smile, the church will get on. Elders and deacons, if they still count. should content themselves with being pastoral cheerleaders or congregational errand-boys. This is a far cry from the teaching of Scripture which insists on a full complement of officers “for the perfecting of the saints, unto the work of ministering, unto the building up of the body of Christ.”

We need not be surprised that today many are avoiding these key positions. Such spiritual work demands much time and attention. Often those who try to be faithful are criticized unfairly and without mercy. While the minister has been quite adequately prepared, elders and deacons are supposed to ferret out for themselves what they must do. It may seem strange that with the incomparably higher level of education in our churches respect for these offices has rapidly declined. Have we lost faith in Christ’s revealed method for our spiritual supervision? Are we perhaps no longer the zealous Bible students which our fathers were? Has social influence rather than spiritual gifts determined who shall be elected? Or are the better-educated shying away from spiritual responsibilities by offering as excuses the persistent pressures of business and profession? Consistories and congregations need a new appreciation for these offices. Possibly the monthly appearance of this column may serve as some small stimulus in that directly. At least we’d like to look at some aspects of the work of elders and deacons in the light of the Scriptures. This, we are convinced, will demonstrate how holy, how necessary and how beneficial these offices many are. 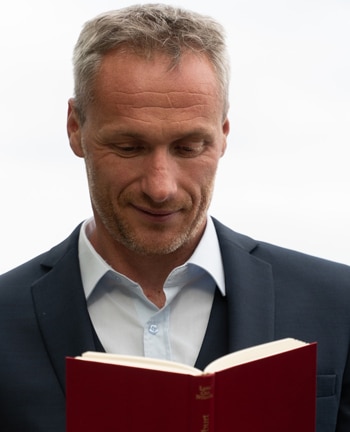 It is our conviction that the offices of elder and deacon do represent a distinction which nothing in all the world can match for importance and influence. This does not imply that other official positions are not of very great significance. After all, the Word will never allow us to regard any task in life as of anything but official character. At the outset. however, in this series of brief articles we would declare that shall always proceed from the express assumption that we are dealing with the most important work in the world. For that reason Torch and Trumpet is more than willing to devote a part of every issue for as long as worthwhile topics in this area can be found to things of direct interest for the Reformed elder and deacon. – Peter Y. De Jong