It was the spring of 1989 when we were asked by the board of Reformed Fellowship to become the new editors of The Outlook, replacing Rev. Peter De Jong. It was a sobering invitation because we knew that issues were heating up in the Christian Reformed Church. Worship battles were raging. The fight was on to ordain women to the offices of the church. And even more disturbing was the obvious fluid perception of the authority of the written Word of God in matters of doctrine and practice. We also knew that during our tenure as editors, decisions would be made by the CRC which would impact the conservatives and their future in the CRC.

We decided together that if we were to take on this serious responsibility, we would not skirt the issues, but face them head-on, giving biblical analysis of issues and urging reform of the current trends. With that commitment, and after much prayer and soul-searching we accepted the task.

During that summer we laid plans. We invited carefully selected men to join our team as contributing editors: Drs. Godfrey, Plantinga, Sittema and Venema. We all met at our cottage on Hutchins Lake in western Michigan, together with Rev. Ed Knott and elder Peter Yonker, for two days of brainstorming and planning. We wanted The Outlook to be more oriented to the broader Reformed world, so the words Christian Reformed Church, were deleted from the masthead, and it was revised with a broader scope than before. Each contributing editor chose a field in which to specialize. Dr. W. Robert Godfrey, a church historian, chose Past Times as a column, focusing on lessons we can learn from church history. He also chose In Spirit and Truth which gave him a forum for addressing worship issues in the church. Dr. Ted Plantinga chose a column, On Campus, to address issues that would be pertinent to our college young people. Dr. Sittema chose to address officebearers in the church in his column, and Dr. Venema decided to establish a column, What We Believe, dealing with the doctrines to which we, as Reformed people, are committed. Some of the material which they presented during these eleven years has been published by Reformed Fellowship, Inc. in book form: Dr. Venema, a book, But for the Grace of God: An Exposition of the Canons of Dort, another book, What We Believe: An Exposition of the Apostles’ Creed, and his most recent hard cover book published by The Banner of Truth Trust, The Promise ofthe Future (eschatology). Many of Dr. Sittema’s articles were revised and published in the book: With a Shepherd’s Heart. The harmony, peace and joy we all felt at that time sustained us through troublesome times ahead and is still with us today. Dr. Ted Plantinga left us after about two years, but the others have been on board to the present time.

Our dream of addressing a much broader community of Reformed believers in Reformed and Presbyterian circles was put on the back burner very quickly because, soon after we took over the editorship, pressures mounted on the homefront. In this issue of The Outlook, Dr. Godfrey has done an outstanding job of reviewing 50 years of publication of The Outlook and of recreating the crises of the 90s in the CRC. Both he and Dr. Venema, as well as we as editors, spilled much ink exposing the fallacies of what was being proposed, pushed, and prematurely practiced by the progressives in the CRC.

Long before the synod actually decided in 1995 to allow women in all the offices of the church, conservatives began to leave. They exerted their own type of pressure on The Outlook editors. As editors we had decided two things: 1) not to promote secession in the pages of The Outlook (we felt that was an ecclesiastical matter to be handled by each consistory) and 2) not to declare the fight over until it was really over. This position made us vulnerable to the criticisms from friends but it was a position we continued to practice until after the Synod of 1995 when the battle over women in office was actually won by the progressives and it was completely clear that Scripture was no longer binding in the deliberations of the CRC. After that we did not push secession, but we did leave the CRC for the Presbyterian Church in America (PCA), choosing this denomination for its doctrinal soundness and its passionate commitment to the spread of the gospel.

To say that these years were accompanied by many heartaches and tears is an understatement, but the Lord was good. We want, at this time, to express our deepest thanks to contributing editors Godfrey and Venema for their help and their unflinching support through very difficult times. Without them, we would have found it almost impossible to go on. We also want to thank Dr. Sittema for his very positive vision that never lagged these eleven years. We also want to thank the board of Reformed Fellowship for the opportunity to serve as editors these eleven years. It was a privilege which we will cherish all our lives. Only the Lord knows what actually was accomplished during this time.

The time of conflict, at least for a time, should be past for those who have found new church homes. There is however, a very great battle waging in the world today, assaulting Christians young and older, as never before. With modem technology, the world threatens to beseige our homes in our own living rooms and on our computer screens. Sin of the most heinous sort can be indulged in the privacy of our homes now as never before. But the shameful results are out on the public square for everyone to see. And churchgoers are no exception. There seems to be inattention and indifference to Satan’s attacks and an insipid inertia on the part of many of God’s people to do anything about it. Jesus’ words to the disciples, “Watch and pray so that you will not fall into temptation” are as apt today (maybe even more so) as they were then.

Our prayer is that The Outlook will continue to carry the torch and sound the trumpet as a call to faithfulness in service to our God and to His glorious Word. We also pray that Reformed Christians everywhere, worldwide, may unite, not as denominations, but as the Body of Christ, to carry the banner of His truth from the smallest village in remote bush country to the high-rise apartments and towers of technology in the cities of this world. Soli deo gloria! 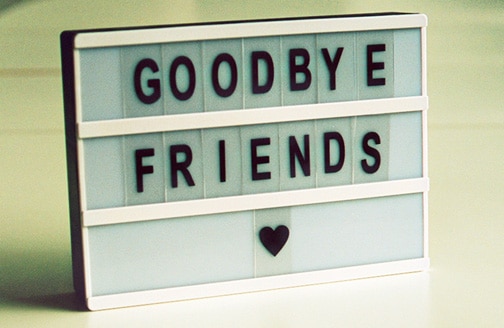