“We’re redefining in practical terms the immutable ideas that have guided us,” said the president. But if ideas are immutable (defined as “not capable or susceptible to change”), how can they be redefined? In practical terms, would this evolutionary morality apply to one’s marriage vows and to campaign finance laws? Apparently so.

Clinton condescendingly told his audience that “most people as they grow older become somewhat limited in their imaginations.” In other words, teach them while they’re young that any kind of sexual activity is not morally wrong and that married, heterosexual sex is not necessarily morally superior to any other kind of sex. The president mentioned Thomas Jefferson and Martin Luther King Jr. According to Clinton, because Jefferson owned slaves, his contention that “all men are created equal and are endowed by their Creator with certain inalienable rights” was not followed by him or many of his contemporaries. So Clinton suggested that the fact that we do follow that contention today is an example of our evolution, which should continue in the case of homosexuals. “Over time we had to redefine these words, because we were limited in our imagination of how we should live,” said the president In fact, it was King who appealed to Jefferson’s standard and to Lincoln’s affirmation of that standard in the Emancipation Proclamation. It wasn’t the standard that needed updating. It was man’s need to conform to the standard. 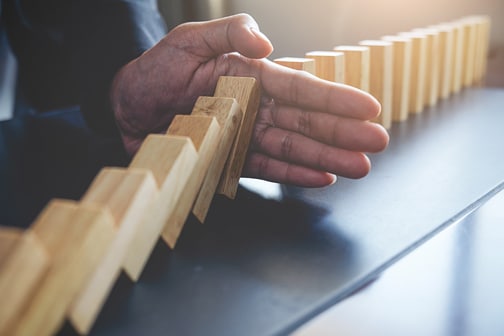 It is the same with sex. Bill Clinton didn’t create the world. God did. And God designed norms for behavior that are in our best interests. When we act outside those norms — such as for premarital sex, adultery or homosexual sex — we cause physical. emotional and spiritual damage to ourselves and to our wider culture. The unpleasant consequences of divorce and sexually transmitted diseases are not the result of intolerant bigots seeking to denigrate others. They are the result of violating God’s standards, which were made for our benefit.

As the Jewish scholar Midge Decter has noted: “(The universe) is not ours to re-create by fiat When a society engages, as ours does at the moment, in supporting the idea that there is a moral equivalence between heterosexuality and homosexuality — you have it your way and I’ll have it mine — it is not supporting the virtue of tolerance but rather opening the way for an inversion of reality itself. What it really means is that we are as a culture being asked to eradicate the core idea of human existence, that we call off the central requirement of life itself. For life requires of men and women precisely that they accommodate to one another’s natures, that they sink their individual selves in a union that will be greater than the sum of its separate parts, and in so doing get on with the business of submitting to the future.”

In his book Homosexuality: A Freedom Too Far, psychoanalyst Charles W. Socarides writes: “The homosexual rights movement claims a freedom to alter (the) basic design, to assert that all forms of sexual relations are equal and indistingUishable. But this freedom, I submit, is not ours to fulfill. It is a freedom that goes too far, because it undoes us all. It is a freedom that seeks to overturn not only the history of the human race, but to subvert its future as well — a freedom that dares to re-form the most basic institution of society, the nuclear family, an institution that is written in our natures and evolved over eons.”

There is no connection between one’s race and sexual practice, as the president and the gay rights movement claims. Ask those thousands who have left the homosexual lifestyle. There is also a difference between tolerance, which all of us should practice, and approval. Homosexuals deserve the former, with laws protecting them from hate crimes and discrimination in employment (so long as employers are also protected, such as churches and religious schools, which find such behavior offensive to their Biblical principles). The gay rights movement speaks of tolerance, yet it is asking society to approve any and all forms of sexual activity.

If, as the president claimed, morals are evolutionary, is there any place where he would draw the line and, if so, on what basis? When we change the original standard, there can be no standard left except popular opinion. And that has historically led to destruction of people and of nations.