In the science of genetics we have not only a precise science which, thanks to careful experiment and observation, has demonstrated that all heredity is governed by definite laws, but we have also a science whose results confirm the biblical teaching that all living things reproduce “after their kind” (Genesis 1): the offspring of roses are roses, of tortoises tortoises, and of human parents human children. In fact, apes will be apes, no matter how much some people would like to see them becoming something else. There is, of course, room for selection and variation, but only within the particular family or kind, as dog-breeders know well enough. That mythical tertium quid the “missing link,” which would exhibit an intermediate stage of transition from one kind to another, has never been found and never will be found, because it does not exist. It would be a contradiction of the laws of heredity. It may fairly be maintained that if Evolution were a fact, these links between the families would not be missing but would abound on all sides, since we have every type of organism open to our inspection, from the simplest to most complex, from the unicellular to the human. An active Evolution would constantly be producing bridge-organisms in process of advancing from one family to another. But nowhere are such intermediate forms to be found; and the fossil beds of the geological strata have also disappointed the evolutionist’s hope in this respect. 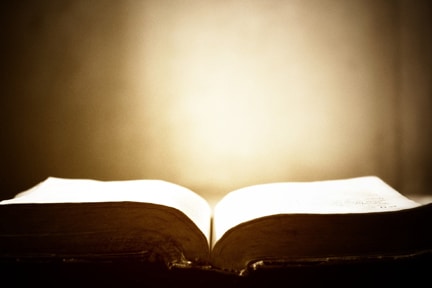 It is instructive to observe the very considerable and radical modifications that have been imposed in more recent years upon tile preaching of evolutionary progress. The evolutionary prophet of the end of the Victorian age, were he now resurrected, would find it difficult to recognize the message of the present-day prophet; he would deplore the watering down of his full gospel; he would shake his head at the inroads of scientific “modernism.” To remind him of his own oft-repeated maxim that “all things must change or perish,” would be poor consolation, for it never occurred to him to apply this rule to the cardinal doctrines of his own faith. He would doubt the evidence of his senses when he heard a grandson of the revered Thomas Huxley speaking of “the restricted nature of biological progress” and, what is worse, declaring that such progress “is not compulsory and universal.” “Julian the Apostate” he would sadly call him.

Evolution, indeed, according to Julian Huxley, “may involve downward or lateral trends, in the shape of degeneration or of certain forms of specialization, and may also leave certain types stable.” He confesses now that he sees Evolution as a “series of blind alleys,” some longer, some shorter, but each one in the end coming up against a “terminal blank wall.” That Evolution is an arrested force, that it has got itself hopelessly bogged down in a number of ruts, is a surmise the innocence of which one can hardly be blamed for suspecting, for it looks suspiciously like a device whereby the evolutionist hopes to extricate himself from the embarrassment of the unbridged gaps between the species. If it is true that bridge-organisms are no longer being produced, it is futile to expect them to put in an appearance. It cannot be denied that these perverse missing links have obstinately refused to put in an appearance, and so we are informed that now, after nobody knows how many hundreds of millions of years of activity, Evolution has ceased to operate in the realm of nature. Worn out and frustrated, no doubt, after going down innumerable blind alleys and coming up against innumerable terminal blank walls, this mighty, sleepless, irresistible force has had enough and is ready for a quiet retirement. The struggle has proved too great. Evolution is ready to take its place amongst the fossils.

Renters of evolutionary pews who for long were content to sit under the popular prophets and be fascinated by the oft-repeated assurance, “Evolution’s at work: all’s well with the world!” must not be rebuked if now they ask whether this was a vain repetition and whether, now that the old full·blooded gospel has been whittled down to a mere shadow of its former self, there is any message of hope for man in the middle of the twentieth century. What about the much vaunted evolutionary progress?—is that too a thing of the past, another dead end? In response to this inquiry Julian Huxley proffers his followers one grain of hope. Every possible mode of further progress has been cut off, “until now,” he says, “after a thousand or fifteen hundred million years of evolution”—a margin of error of five hundred million years is, of course, perfectly legitimate in the realm of fantasy—“progress hangs on but a single thread;” and that thread is “the human germplasm.” But it is difficult to think that this final solitary thread is anything but a flimsy support for faith, especially when the faithful are informed that every one of the thousands of other threads has snapped under the strain. What possible guarantee can the faithful have that this is not Evolution’s ultimate frustration or blind alley?

There is no such guarantee, according to H.C. Wells, once the most debonair and optimistic of the prophets of Evolution; but two global wars in a generation, and the world chaos and agony that ac· companied them, were a check which even Mr. Wells’ faith in the doctrine of the universal progress of mankind could not withstand, and, as his life drew to a close. he found himself trudging down the shadowy road of disillusionment. His good news had shriveled into a despairing jeremiad: “There is no reason whatever,” be wrote, “to believe that the order of nature has any greater bias in favor of man than it had in favor of the ichthy-osaur or the pterodactyl. In spite of all my disposition to a brave-looking optimism, I perceive that now the universe is bored with him, is turning a hard face to him, and I see him being carried less and less intelligently and more and more rapidly…along the stream of fate to degradation, suffering and death.”

And so this preacher of inevitable progress was tragically transformed into a prophet of gloom and foreboding, convinced at last of the insubstantial nature of his ardent earlier beliefs. There are still some, however, who, though aware of the bankruptcy of the Darwinian optimism, seem set upon clinging to such fragments as remain; and in attempting to do so they have perforce abandoned the deterministic doctrine of irresistible progress, fundamental though it was as an article of the original creed, and have substituted for it a philosophy of progress by mere chance. The magic concept for them is no longer that of “natural selection” or “survival of the fittest,” but that of “mutation.” Biological progress, we are now asked to believe, has resulted from nature’s seizing upon advantageous mutations—accidents which have occurred within the hereditary mechanism—upon the fortuitous appearance of freaks. Once again, it is a case of wishful thinking, for there is no scientific evidence whatever to suggest that any mutation has ever effected or is likely to effect a cross-over from one family to another. Besides, so shaky a hypothesis clearly cannot support the majestic orderliness of all nature. The natural realm is informed with order, purpose, and meaning, not disorder, indecision, and incoherence.

The revised evolutionary outlook is of a piece with the existentialist philosophy of contemporary humanism. Man finds himself enclosed by his own inescapable anguish, face to face with present insecurity and future uncertainty, and he is invited to make the leap of self-committal into the abyss of nothingness which surrounds his being. Conscious of his estrangement and isolation in this frustrated and frustrating world, he must choose despair, and choose it with intensity, for there is nothing else to choose and only thus may he experience the authenticity of his being. He is free, but only to choose the inevitable; and the final and most intense choice must be that of his death and all the hopelessness and horror associated with it; for this is the ultimate inevitability which he is free to choose.

Thus Man, who not so long ago thought himself to be the master of things, has shrunk to a lonely, anguished, self-enclosed individual, for whom nothing is certain but uncertainty, whose only logic is to be illogical, and whose only hope is despair. And yet he is still man in rebellion; he still persists in his determination to place himself, naked and puny, at the centre of his hostile world. It is for us, who are Christ’s, to look upon him, as Christ looks upon him, with compassion and yearning. It is for us to remind him that, while this world is being shaken, the Christian Gospel abides unchanged and unshakeable, with its message, not of hostility, but of forgiveness, redemption, and assured hope, if he will but look away from himself to God, his Creator and his Savior, who in Jesus Christ has acted on his behalf. Like McTaggart and Bernard Shaw, all men have longings after eternal life: it is for us to proclaim to them the words of the Old Book—“This is life eternal, that they might know Thee, the only true God, and Jesus Christ, whom Thou hast sent.”

I conclude with this comment: He who was sent, He who is from above, cannot be fitted into any evolutionary system.