Dr. Carl F. H. Henry’s book Evangelical Responsibility in Contemporary Theology is small in size but rich in content. It gives a bird’s eye view of the current theological scene. And, of course, it gives this survey from the evangelical point of view. In particular it wants to discover the opportunity and therewith the responsibility which the present situation affords for the propagation of the gospel. 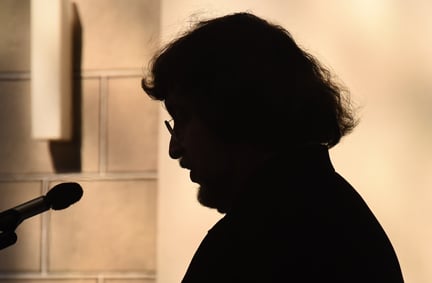 Dr. Henry on the Older Liberalism

Take a look first, says Henry, at the “modernist revision.” Look at Harry Emerson Fosdick as a spokesman for older liberalism. “Instead of depicting Jesus Christ as the Redeemer of all men, Dr. Fosdick tells liS simply that Jesus of Nazareth was the first and finest Christian” (p. 27). But now “the tide of theological thought in our day has turned against this view, and acknowledges once again the uniqueness of the Hebrew-Christian revelation of redemption and the centrality of the cross of Christ” (ibid.).

But Henry’s deepest convictions do not seem to be well expressed in such words as these. After all, if liberalism only exaggerated God’s immanence, then its God and the God of Scripture would still be the same God, and Fosdick’s religion would still be the Christian religion. But Henry agrees with Machen’s contention that Christianity and Liberalism are two mutually exclusive religions. Speaking of Liberalism, Henry says: “Evangelical theology, on the grounds of Scripture, logic, history, and experience, must repudiate it as a perversion of essential Christianity, a conclusion shared even by thinking former liberals” (p. 31). Barth and Brunner too “have expressed themselves no less pointedly than did J. Gresham Machen…in delineating the intrinsic differences” between liberalism and Christianity (p. 30). “Barth does not hesitate to speak of modernism as a heresy.”

Stopping to think for a moment at this point, we observe that in very brief compass Henry has thrown at least three major problems into our laps.

One problem springs from the fact that some “thinking former liberals” as well as “neo-supernaturalists like Barth and Brunner” are said to agree with evangelicals in thinking that liberalism is heretical because “rooted in speculation instead of in revelation.”

Now, we do not know who these “thinking former liberals” are. Henry does not name them here. But as for Barth and Brunner, at least one thing is certain, namely, that for them the Bible is not the infallible Word of God. For them the Bible is not even a direct revelation of God. Barth, to be sure, says that the Bible is the Word of God. For him the Bible does not merely contain the Word of God. It might therefore seem as though in his basic approach Barth is with the evangelicals rather than with the liberals. But can the approach of a man who says that the Bible is God’s Word “so far as God allows it to be such, so far as God speaks through it” be said to be less speculative than that of the liberals?1

A second problem, related to the one already mentioned, pertains more specifically to the question of standard. Quite clearly Henry wants “a pure biblical theology.” Yet he also says of liberalism that “evangelical theology on the grounds of Scripture, logic, history, and experience must repudiate it as a perversion of essential Christianity.” To what extent are “logic, history, and experience” to be used to test whether a theology is speculative or is a “purely biblical theology”?

In his large work on Christian and Personal Ethics this question keeps coming up. In it Henry distinguishes between “revealed ethics” and “specuhltive ethics” (p. 133). But we are perplexed when he also says that “biblical theology rejects idle speculation as much as Existentialism does” (ibid.). But existentialism does not even pretend to get its point of view from Scripture as the Word of God in any sense. It appears then that (a) evangelicals, (b) Barthians, and (c) Existentialists, not to speak of the “thinking former liberals,” are all said to be opposed to a speculative approach in religion.

But does not the reason for the rejection of a speculative approach determine the value of such a rejection? What if the Barthians and the existentialists should reject speculation because of their own ultimate nominalism and irrationalism? Henry himself tells us that the existentialists insist “that individual existence supplies the only starting-point of Significant decision” (idem, p. 135). “The post-Kierkegaardian movements insist that there can be no objective discrimination between ethical claims” (ibid.): Are evangelicals, with their belief in an infallible, direct revelation of God deposited once for all in the Bible, to take comfort from a position which rejects the rationalistic speculation of classic liberalism but substitutes for it the utterly irrationalist position of existentialism? And is irrationalism, with its assumption that there cannot be a direct revelation of God available to man in history and therefore in the Bible, any less speculative than the more rationalist view of the older liberalism?

How then are evangelicals to evaluate the current rejection of the “speculative character” of old modernism? Must we or may we assume at this point that what “the tide of theological thought in our day” means by “the uniqueness of revelation” and by “the centrality of the cross” is basically anything like what the evangelical means by such expressions? Suppose that modern theologians are “caught up in the tide of anti-metaphysical and irrational thought”? (Christian and Personal Ethics, p. 133). This is obviously true of existentialism. And suppose that it is necessary to show that the ethical perspectives of Kierkegaard, Barth, and Brunner are rooted fundamentally in a philosophical perspective rather than in any special divine revelation” (idem p. 137)? Are evangelicals then to rejoice in the fact that they are surrounded by speculative irrationalism as their fathers were by speculative rationalism?

Henry has better things to suggest than that. He asks us to realize that evangelicalism is based upon “radically different premises” from those of modernism (Evangelical Responsibility p. 29). And we have just heard him say in effect that the same holds true with respect to the relation of evangelicalism to the views of Kierkegaard, Barth, and Brunner. But if this is the case then little comfort can be taken from the rejection of the speculations of old modernism by neo-orthodoxy. For this rejection is then largely based on philosophical speculations. Why should evangelicalism rejoice in the speculations of a largely irrationalist philosophy as over against the speculations of a largely rationalist philosophy? What an irrationalist philosophy means by the “uniqueness” of Christianity can be little more than brute meaningless factuality. And what it means by the “centrality of the cross” can be of little more significance than to say that somehow out of an infinite ocean of Chance organization has sprung.

Our basic response to the analysis of Henry’s book is therefore that, following his leadership in thinking of evangelicalism as built upon one set of premises and in thinking of rationalist or irrationalist modernism as built upon another and opposite set of premises, we shall seek not to be led astray by words. We cannot build a system of theology the way children build block houses. We cannot go to the dictionary and ascertain the meaning of the words “transcendence” and “immanence” in order then to say that pantheism over-stresses immanence and deism over-stresses transcendence while theism keeps the two in balance. The classic modernism does not merely exaggerate God’s immanence.

It had a wrong view of immanence.