Contemporary American Protestantism has its discontents. Two ex-Protestants, both well-known sons of famous Protestant ministers, have expressed their disenchantment in prominent books. In 2007, Frank Schaeffer wrote, Crazy for God. This autobiography is as colorful as its subtitle, “How I Grew Up as One of the Elect, Helped Found the Religious Right, and Lived to Take All (or Almost All) of It Back.” As Frank tells the story, he has gone from an evangelical to a member of the Eastern Orthodox Church who is no longer sure that God exists.

Schaeffer refers to Protestantism briefly when he describes his parents as “traditional Protestants trying to come to terms with the theological liberalism that was sweeping through the seminaries and mainline denominations starting in the early 1900s.” Up to this point, he observes that while doctrinal differences separated Baptists, Methodists, and Presbyterians, these denominations “shared an orthodoxy that today would be called fundamentalism.” In other words, Protestant orthodoxy, as Frank Schaeffer describes it, centered on the fundamentals of the faith (belief in a literal Bible, the divinity of Christ, the virgin birth, substitutionary atonement, the miracles of Christ, etc.), and Francis and Edith Schaeffer inherited both the “enthusiasms” and the “paranoia” of fundamentalism.

A more gracious story is told in Thomas Howard’s 1994 book, Evangelical is Not Enough. “My debt to Protestantism is incalculable,” Howard writes in his first sentence. He then describes the particular expression of his upbringing as “evangelical,” and he devotes the rest of the book criticizing the thinness and inadequacy of evangelicalism. He gives the Reformation credit for fostering his childhood environment of “Christian earnestness, zeal, and fidelity,” but with little else, it seems.

Within a year of the publication of his book, Howard left the Episcopalian church and joined the Roman Catholic Church, forfeiting his tenured teaching post in the English faculty at Gordon College. What Howard claimed to have found in the Roman Catholic Church was “evangelicalism and more.” In a sense, he argued, he was not on a pilgrimage away from his former faith. “Have I moved or have I not? I have certainly left nothing behind. …To [an] extent, I cannot be said to have traveled anywhere on my pilgrimage.”

Whatever other purpose these books serve, together they demonstrate the bankruptcy of the term “evangelical.” Both writers have suggested that evangelical is synonymous with Protestant. To be sure, evangelicalism has historically entailed a commitment to the “solas” of the Protestant Reformation. Yet that is an anachronistic appeal to a lost meaning of the term. Those who employ the word “evangelical” today are less content to live with the confining boundaries of Protestantism. As David Wells observed in his book No Place for Truth:

As evangelicalism has continued to grow numerically, it has seeped through its older structures and now spills out in all directions, producing a family of hybrids whose theological connections are quite baffling. . . . The word, evangelical, precisely because it has lost its confessional dimension, has become descriptively anemic.

Some still prefer the term “evangelical” to “Protestant” because of its central concern. Positively, it focuses on the evangel, the good news of the gospel, and this is preferred over the negative association of “protesting.” However, American evangelicals have not exercised stewardship of the gospel as they claim. When evangelical pastors today know more about church growth techniques than the articles of the Apostles’ Creed, they are failing to witness to that gospel in its fullest and most glorious form. Evangelicalism, therefore, cannot be credited with propagating and defending a full-orbed gospel. In appealing to a simple gospel, evangelicalism denies the mature expression of the gospel, which entails how God has revealed himself to his people, what we are to believe in order to be saved, and what duties he requires of us.

Evangelicalism has silenced these themes of historic Protestantism. It has taken on a life of its own, independent of content, and it has wreaked much mischief in the Christian world. When the Reformed are limited to five-points of soteriology, when terms such as covenant and sacraments are absent from evangelical vocabularies, when worship is reduced to revivalist hymns and lectures on the sovereignty of God, is it any wonder that folk will search for a thicker version of the faith? When discontents discover the inadequacies of evangelicalism, where are they to go? The answer, for Schaeffer and Howard, was Constantinople and Rome, two non-Protestant destinations. The sources of historic Protestantism, such as Wittenberg, Geneva, or Edinburgh, were not considered.

Secondly, evangelicalism is not enough in the sense that it fails to deliver a coherent theological argument against Roman Catholicism. When Michael Horton and R. C. Sproul suggested the incompatibility of Roman Catholicism on the doctrines of Scripture and justification, their arguments fell on deaf evangelical ears. When the heart of the Reformation is obscured, evangelical-Catholic dialogue focuses on other issues, such as the veneration of Mary or the intercession of saints. In this way, Roman Catholicism appears to be the “evangelicalism and more” that Howard claims to have discovered. It is the natural outgrowth of his evangelical convictions, a progression from childhood and adolescence to maturity.

A similar journey was recently told by Francis Beckwith, professor of philosophy at Baylor and the President of the Evangelical Theological Society. In 2007 he announced that he was returning to the church of his upbringing, the Roman Catholic Church. Beckwith was quick to assure his friends and family that in making this conversion, he remained an ardent evangelical. 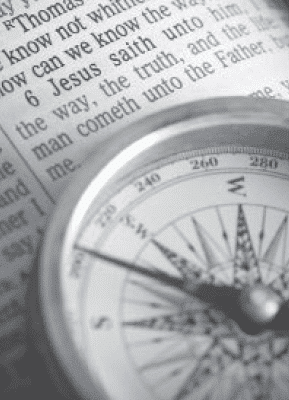 Beckwith’s claim would not raise an eyebrow among many American Roman Catholics. Twenty percent of them claim to be evangelical as well. Keith Fournier, in his 1990 book, Evangelical Catholic, argues that “evangelical” best functions as an adjective which describes the form of religious conviction and not its content. He goes on to argue that “it is time for a radical redefinition of the word.” He claims to be a evangelical Christian “in the truest sense of the word.”

There was, therefore, a clever rhetorical sleight of hand in the composition of the document, “Evangelicals and Catholics Together” in 1994. This was hardly the ecumenical breakthrough that it was lauded to be, because it marked no resolution to the historic divide between Protestants and Catholics.

In Search of a Tradition

One of the ironies of current appraisals of Rome is that evangelicals find themselves most attracted by the very thing they most despised about their past. A good example comes from the pen of the late Robert Webber. His 2006 book The Divine Embrace, was part of his project to espouse the eclectic spirituality of an “ancient-future faith.”

According to Webber, Protestant spirituality took a wrong turn shortly after the Reformation, owing to its framing of the Christian life in Protestant categories of justification and sanctification. In his experience, this yielded a legalism that was far from the heart of a true Christian spirituality. And yet, what eventually attracted him to Roman Catholic spirituality was its rules. He commended the rule of St. Benedict, a disciplined life under vows of chastity, obedience, and simplicity. The word, “rule,” he observed, is rarely employed among Protestants. It is gaining currency, he is pleased to report, as ancient Christian practices are being restored. Consequently, Webber treats Roman Catholic and Protestant differences as “second-order matters,” not determinative of the heart of Christian spirituality.

Webber’s reflections reveal that many evangelicals themselves find Protestantism, and particularly evangelicalism wanting on several other fronts. Many have sensed with Thomas Howard that the “fullness” of the Christian faith is found elsewhere. Evangelicalism, according to Howard, is incapable of absorbing the one, holy, catholic and apostolic church in its bones. He is right, but for this same reason, we would argue that Roman Catholicism is not enough. A better question to raise is whether Roman Catholics deserve the title “catholic.” One could argue (and we will) that when Rome expelled Protestants it gave up its status as the holy catholic church.

Still, what contemporary and recent objections to evangelicalism reveal is born-again Protestantism’s directionlessness owing to its disconnection from the Christian past. The evangelical habit of beginning the study of church history with the Second Great Awakening of the nineteenth century, or at best the revivals of George Whitefield and Jonathan Edwards, is incapable of accommodating the need of many evangelicals who have discovered a need for a tradition.

This charge of historical myopia is often extended to all Protestantism, and it is argued that when one properly accounts for all of God’s dealings with the church, one necessarily becomes a Roman Catholic. This argument needs to be addressed in greater detail, but for now it is worth noting that Calvin and the Reformers insisted on going back to the ancient church where they discovered confirmation of Protestant doctrines.

The sort of individualism and anarchy that results from being disconnected from a tradition is an affliction of evangelicalism, not Protestantism per se. In his book, Journeys Home Peter Cram lampoons Protestantism as “one long, continuous line of protesters protesting against their fellow protesters, generating thousands of denominations, parachurches, and ‘free churches,’ which are simply one-church denominations. Schisms occur when factions arise within denominations; rather than seeking absolute truth, the American appetite for individualism leads to yet another denomination.” Confessionalism is not recognizable in this polemic. A Protestant confession, rightly understood, is the source of unity, not of schism.

As Wells noted, contemporary evangelicalism borrows fragments from historic Protestantism but it seeks a lowest common denominator alternative to Protestantism’s doctrinal demands. Evangelicalism as a movement or a coalition demands intellectual shallowness. It cannot bear the weight of a tradition, which proves too confining.

Thus confessionalism is dismissed as no antidote to the radical individualism of evangelicalism. Ironically, John Frame decries the “sin” of denominationalism, even while his disdain for tradition and his encouragement of biblicism have only fueled sectarian impulses among conservatives. Frame’s individualistic approach to biblical interpretation denies the confessional principle that ministers of the gospel labor within an interpretive tradition.

Is evangelicalism capable of recovering a sense of a Protestant tradition? We have our doubts. It does not seem possible to pour tradition into such a vessel that is designed to hold only liquids that are tradition-less. To borrow an image from Hughes Oliphant Old’s book on Presbyterian worship, asking evangelicals to recover tradition is like coaxing a thirteen-year-old who steadily drinks Mountain Dew to taste wine. The facial expression will not likely indicate pleasure.

Until Protestants discover the authority and catholicity of confessional Protestantism, evangelicalism will likely produce many more converts to the Roman Catholic Church. The errors of Rome, as recent developments suggest, will elude evangelicals who lack a connection to the churches of the Reformation. When Thomas Howard can consider himself a “completed evangelical” by embracing the liturgical and aesthetic appeal of Rome while denying the doctrines of sola Scriptura and sola fide, it is a sober reminder of the need to distinguish Protestantism from evangelicalism.

Thomas Howard got at least this much right: evangelicalism is not enough.