“Justification and the ‘Imputation’ of Christ’s Righteousness” (Part Two)

In my previous article, I noted that, despite the importance of the idea of the imputation of Christ’s righteousness in the Reformation’s understanding of justification, the new perspective generally tends to diminish or deny that justification involves such an act. Though N. T. Wright allows that justification is to be understood in the context of the court-room (God as Judge vindicates or pronounces in favor of someone), he dismisses the notion that in so doing God grants or imputes righteousness to the justified person. 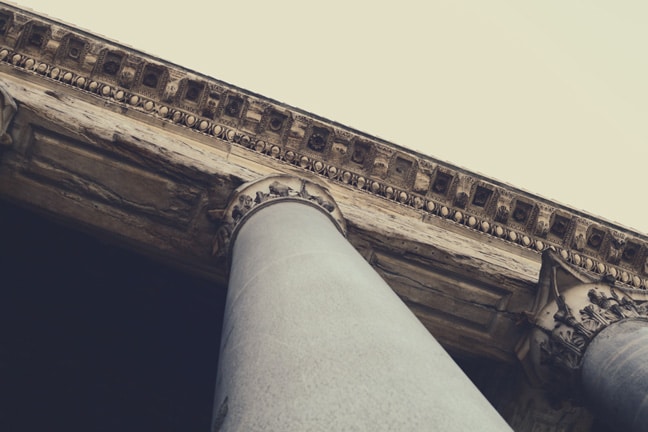 When the Reformers spoke of the “imputation” of the righteousness of Christ to believers in justification, they appealed to a number of passages in Paul’s epistles that speak of justification in terms of an act of imputation. Thus far we have considered only Romans 4:2–6, one of the more important of these passages. In the following, we will consider several additional passages that are of special importance to the idea of imputation.

And the free gift is not like the result of that one man’s sin. For the judgment following one trespass brought condemnation, but the free gift following many transgressions brought justification. If, because of one man’s trespass, death reigned through that one man, much more will those who receive the abundance of grace and the free gift of righteousness reign in life through the one man Jesus Christ. Therefore, as one trespass led to condemnation for all men, so one act of righteousness leads to justification and life for all men. For as by the one man’s disobedience the many were made sinners, so by the one man’s obedience the many will be made righteous. Now the law came in to increase the trespass, but where sin increased, grace abounded all the more, so that, as sin reigned in death, grace also might reign through righteousness leading to eternal life through Jesus Christ our Lord.

This passage, which closes the apostle Paul’s summary treatment of the doctrine of justification in Romans 3–5, draws a far-reaching comparison and contrast between the first Adam and the second Adam, Christ. Just as all who are “in Adam” are subject to condemnation on account of his one trespass, so all who are “in Christ” receive justification and life on account of His one act of righteousness. Though this passage bristles with difficult questions of interpretation, our treatment of it will have to focus only on those things that directly bear upon the subject of imputation and justification.1

In order to appreciate what this passage teaches about imputation and justification, it is necessary to begin by noting the way the Apostle Paul connects the one trespass of the first man, Adam, with the fact that “all sinned” (v. 12) and are under the reign of death. Though there are those who attempt to explain the phrase “all sinned” by taking this language to refer to the actual sins of all men, this explanation does not fit well with the nature of Paul’s argument. The burden of Paul’s argument is that there is an immediate link between the one trespass of the one man, Adam, on the one hand, and the reign of death and the judgment that brings condemnation upon the many, on the other. For this reason, he emphasizes that death reigned from Adam to Moses, “even over those whose sinning was not like the transgression of Adam, who was a type of the one who was to come” (v. 14).

Even though the trespass was Adam’s, and Adam’s alone, the consequence of this trespass, death, reigned over all. Accordingly, the apostle insists that the “one trespass led to condemnation for all men” and “the many were made sinners” (vv. 18–19). By virtue of the union of all with Adam in his one trespass, God imputes or reckons to all men the guilt of this trespass and its judicial consequence, death. This is the sense in which we may say that “all sinned” in Adam, and all bear, as a consequence, the judicial liability of condemnation and death.

In a similar way, the apostle links the one man’s obedience (lit., “the act of righteousness of one”) with the making righteous of the many. Just as death reigned through the disobedience of the first Adam, so “the free gift of righteousness reign[s] in life through the one man Jesus Christ.” So far as the doctrine of imputation is concerned, the critical phrase in these verses is “the free gift of righteousness.” The many who are made righteous, who receive justification and life through the work of Christ, are not made righteous through their own deed or deeds. Nothing that they are or do constitutes them righteous or beneficiaries of God’s favorable verdict and acceptance. Rather, God’s grace “super-abounds” toward the many who are through union with Christ made partakers of His righteousness.

For the purpose of understanding the doctrine of imputation, the critical point in Paul’s argument is his insistence upon the direct (or immediate) participation of all who are united with Christ in His one act of obedience. Just as Adam’s sin (and not the sins of all men) constitutes all as sinners under the judicial sentence of condemnation and death, so Christ’s obedience (and not the obedience of the many) constitutes the many as righteous and under the judicial sentence of justification and life. The dominant thread in Paul’s argument, both with respect to the participation of all men in Adam and the participation of the many in Christ, is the judicial implication of our union with the first and second Adams. God counts or reckons as guilty all who are in Adam; and He counts or reckons as innocent all who are in the second Adam, Christ.

One question that arises in this connection relates to the meaning of Paul’s expression, “the one act of obedience/righteousness.” Does this refer, to use the language of theology, to Christ’s passive obedience alone (His cross)? Or does it refer to Christ’s active and passive obedience, using the language of “one act” to summarize the whole of His life of obedience? John Murray provides a helpful answer to this question:

Another important passage for an understanding of the imputation of righteousness as the basis for the believer’s justification is Philippians 3:8–9. Indeed, I count everything as loss because of the surpassing worth of knowing Christ Jesus my Lord. For His sake I have suffered the loss of all things and count them as rubbish, in order that I may gain Christ and be

found in him, not having a righteousness of my own that comes from the law but that which comes through faith in Christ, the righteousness from God that depends on faith.

This remarkable testimony of the apostle was written in the context of his fierce and unyielding opposition to certain persons who were placing their confidence before God on their own flesh (v. 3). Though the apostle does not explicitly identify his opponents, it appears that they were persons who were boasting of their own religious pedigree and credentials, particularly circumcision, on the basis of which they sought to commend themselves before God. In his initial reply to these opponents, the apostle engages in an extended ad hominem argument. If his opponents would place their confidence before God in such things, the apostle Paul has even more right to do so: “circumcised on the eight day, of the people of Israel, of the tribe of Benjamin, a Hebrew of Hebrews; as to the law, a Pharisee; as to zeal, a persecutor of the church; as to righteousness, under the law blameless.”

In Christ God was reconciling the world to Himself, not counting their trespasses against them, and entrusting to us the message of reconciliation. Therefore, we are ambassadors for Christ, God making His appeal through us. We implore you on behalf of Christ, be reconciled to God. For our sake He made Him to be sin who knew no sin, so that in Him we might become the righteousness of God.

Perhaps no passage in Scripture more clearly teaches the doctrine of imputation than this one. The reconciling work of God in Christ took place when Christ, who “knew no sin,” was “made to be sin.” In an inscrutable manner, God regarded the sinless Christ as though He were sin. On the other hand, God did “not count [our] trespasses against [us]”; He did not treat or regard us in a manner consistent with our condition and circumstance as sinners. By these means—not counting our sins against us, making and treating Christ as though He were sin—we are “become the righteousness of God in Him.” In this passage, as in those previously considered, the apostle Paul does not expressly speak of the granting and imputing of Christ’s righteousness to believers. However, no other interpretation can legitimately claim to do justice to this passage. It is only by virtue of our union and participation in Christ that we come to benefit from His saving and reconciling work. Charles Hodge’s comments on this passage express this truth well:

1 For a more extensive treatment of Romans 5:12–21 and its implications for the imputation of Christ’s righteousness, see Piper, Counted Righteous in Christ, pp. 90–114; and John Murray, The Imputation of Adam’s Sin (Phillipsburg, NJ: Presbyterian & Reformed reprint, 1959).