This time of year many churches go through the process of selecting and installing office-bearers to their respective roles as elders and deacons. As we reflect on the importance of the role of office-bearers in the church, we should turn our attention to the account of Moses and his struggle to provide effective leadership among God’s people.

In the celebration of Pentecost, we were reminded about how God poured out His Holy Spirit on the church shortly after Jesus Christ left this earth. He entrusted His disciples with the formidable task of providing the leadership needed for the quickly growing church at that time. No church is able to develop a ministry and fulfill its mission mandate in obedience to the Head of the Church, Jesus Christ, without capable office-bearers. It is through the offices of the church that she remains faithful to her calling. Let us consider from Exodus 18 how Moses learned that the church was called to be an effective administrator of God’s ministry through its office-bearers.

In Exodus 18, we see that the leadership required for God’s people was not limited to the New Testament church. Just as the Israelites were forming themselves into a nation, critical issues in leadership arose. Moses had to respond to these issues. Here we meet Jethro, the father-in-law of Moses. He was among many who had heard about God’s amazing provision for the Israelites at the Red Sea. In verse 1, we read that Jethro, “…had heard of everything God had done for Moses and for His people Israel, and how the Lord had brought Israel out of Egypt.” 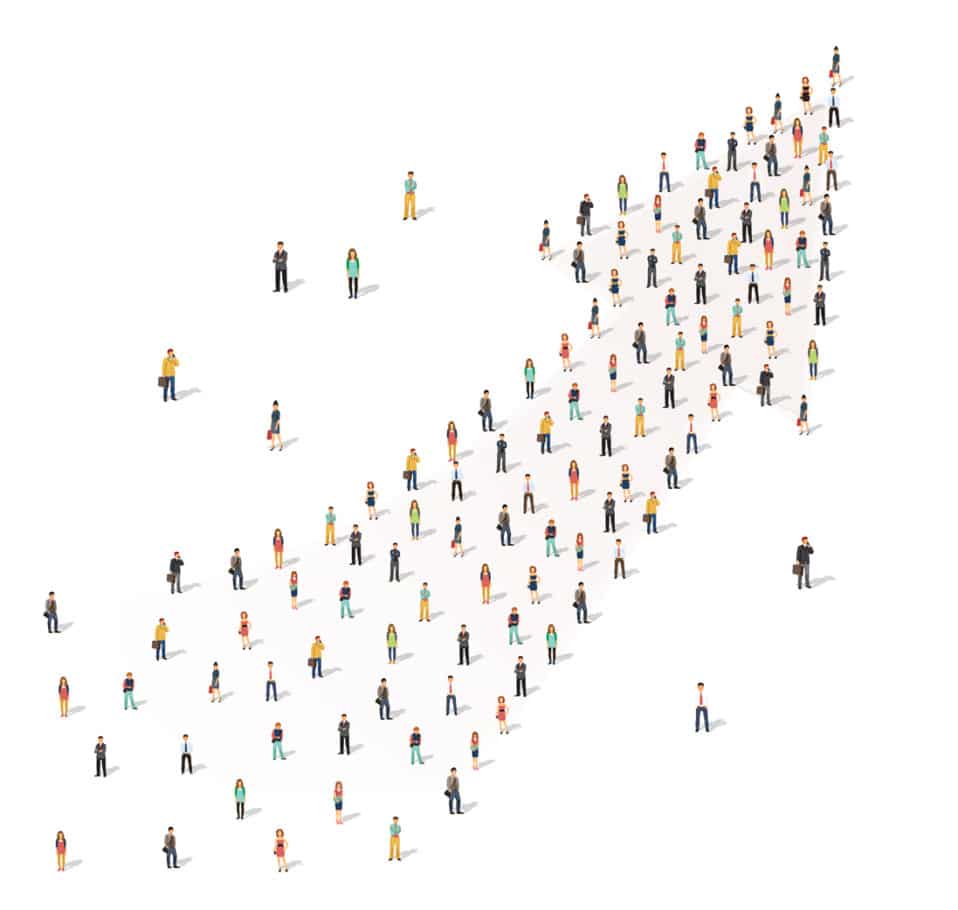 The ‘everything’ referred to here is spelled out in the chapters immediately preceding our text. In Exodus 15 we read about the deliverance from slavery and the defeat of the Egyptians at the Red Sea. After the delivery there are four major crisis situations that the Israelites went through:

1) Exodus 15:22ff – Bitter waters at Marah became sweet after Moses was instructed by God to throw a piece of wood into it.

2) Exodus 16 -The provision of manna and the quail just when the people needed it.

4) Exodus 17:8–15 – God delivered His people from the Amalekites as Aaron and Hur held Moses’ hands up during the raging battle.

All of this takes place just before the events at Mt. Sinai (Genesis 19, 20) when the ten commandments were given to God’s people through Moses.

In the first 12 verses of Exodus 18, Jethro came to visit Moses, bringing with him the wife of Moses, Zipporah, and their two children, Gershom and Eliezer. Jethro and Moses had a long conversation about the events that had taken place after Moses had left Jethro. Moses talked about joys and struggles. There was doubt, regret, dissatisfaction, thirst, hunger, grumbling, along with tests of courage and endurance. There was also God’s provision for the people through all their wanderings in the wilderness. Verse 12 describes the celebration that took place as they acknowledged God’s faithfulness.

Jethro’s visit coincided with yet another crisis: a crisis of leadership. Moses was leading about two to three million Israelites. In Exodus 12:37, we read that as the people left Egypt, “There were about six hundred thousand men on foot, besides women and children.” Imagine the magnitude of the responsibility that God had given to Moses.

The Israelites did not have an internal judicial system at this time. They had just left Egypt where they were under the rule of the Egyptian rulers for 430 years. While in Egypt, they had Egyptian supervisors and some peer leaders among them. This had been strictly an organization for labor. During the three months or so since they had left Egypt, they had to organize themselves as a fighting force to fend off the enemy that came up against them. Now they were being called upon to organize themselves into a new and emerging nation.

In verses 13–16 we read that Moses did everything he could to provide the needed leadership for God’s people. He was, however, overwhelmed with the task at hand. In verse 18, Jethro points out that the people were feeling the burden too. “You and these people who come to you will only wear yourselves out. The work is too heavy for you; you cannot handle it alone.”

Jethro was a wise and perceptive man. When he saw how things are going, he approached Moses (verse 19), “Listen now to me and I will give you some advice, and may God be with you.” The plan laid out for Moses was one in which the leadership was to be delegated to qualified leaders chosen from among the people. These leaders would provide leadership in the majority of the routine activities. The difficult cases, or the ones that had no precedents, were to be handled by Moses.

We should note that Exodus 3 and 4 and here in verse 12, there are already references to elders. These elders were heads of families who represented their families in the sacrifices and in the meetings of the people. When information had to be passed on, these elders would be the ones who were told. Then it was passed along to their extended families.

With Jethro’s recommended administrative structure, the nation of Israel had graduated to a new status. Up until the time of the exodus, they were a patriarchal clan identified as belonging to Abraham, Isaac, and Jacob. It was a large family with children, grandchildren, great-grandchildren, etc. But now they were to be considered a nation. In order for that to occur, a new kind of leadership had to be organized. After all, very soon they were to enter into a covenant with God.

We are not told how long it took for Moses to process this new idea. But what we are told in verse 24 is that, “Moses listened to his fatherin-law and did everything he said.” Moses was humble enough and wise enough to listen to the advice.

When he chose his leaders, he chose men who had moral integrity. Spiritual qualities superceded popularity. In verse 21 Jethro advised Moses to choose, “…men who fear God, trustworthy men who hate dishonest gain…” Some of these same qualities would later be required of elders and deacons in the New Testament (Acts 6:3; 1 Timothy 3:1–10; Titus 1:6–10).

The historical redemptive plan of God was unfolding in preparation for the coming of Jesus Christ and the subsequent establishment of the New Testament church. The organization of God’s people in the Old Testament was to lay the foundation for the church in the New Testament. That’s how we are functioning today. In the Belgic Confession, we read in Article 30, “We believe that this true church ought to be governed according to the spiritual order that our Lord has taught us in His Word. There should be ministers or pastors to preach the Word of God and administer the sacraments. There should also be elders and deacons, along with the pastors, to make up the council of the church.” That sounds very similar to the advice given by Jethro to Moses at the time they went through their leadership crisis in our text. Let us consider for a moment how this applies to our present system of leadership as it was patterned in the New Testament church.

In many churches today, the pastor is seen as the ‘CEO’ of the church over which he presides. This was not the intention of the model of the New Testament Church. The pastor is in fact a teaching elder under the supervision of the ruling elders in the church. The Belgic Confession teaches in Article 30, “There should be ministers or pastors to preach the Word of God and administer the sacraments.” The pastor is ordained to the office of ministry in order to administer the means of grace to God’s people, namely the preaching and the administration of the sacraments. Through the preaching and through teaching and pastoral care, the pastor is called upon to apply the Word of God to the lives of individuals and to the life of the church over which God has placed him as under-shepherd. Through his ministry, the Good News of the gospel is to be proclaimed to those who have never heard.

There is much discussion today about whether ordination reflects the authority given by Christ or the commissioning to service for Christ. The Scripture places no preference over service or authority. The office-bearer is commissioned to serve with the authority of Christ. That’s what ordination and installation is all about.

The office-bearers in the church have a responsibility delegated to them by Jesus Christ the head of the church. The Belgic Confession spells out in Article 30, “By this means true religion is preserved; [Elders take note!] true doctrine is able to take its course; and evil men are corrected spiritually and held in check — [Deacons take note!] so that also the poor and all the afflicted may be helped and comforted according to their need.

Elders and deacons must be sensitive to the leading of God’s Holy Spirit in their respective responsibilities. Elders have the responsibility of supervising the ministries of the church. They are to maintain the purity of the Word and sacraments and faithfully exercise discipline. They are also mandated to oversee the evangelistic mission of the church in its community and throughout the world. Deacons are to provide leadership in the ministry of compassion and mercy in the church, in the community and throughout the world.

There is a word in this for the congregation, as well. In Belgic Confession Article 28 regarding the obligations of church members, we read, “But all people are obliged to join and unite with it, keeping the unity of the church by submitting to its instruction and discipline, by bending their necks under the yoke of Jesus Christ, and by serving to build up one another.” The congregation has a responsibility to pray for and respect the leadership provided by the office-bearers. They are responsible to submit to and support the office-bearers in their labors and to encourage them from time to time. They are also responsible to attend services of worship, develop their gifts and talents, and participate in the ministries of the church.

Rev. Eric Pennings is called by the Covenant United Reformed Church of Toronto to serve as a missionary to South Asians in that city.