It is wonderful to hear the president of Calvin Seminary assure our readers that Its professors are champions of Reformed orthodoxy. But, in spIte of this ringing testimony, it was certain professors from Calvin Seminary, along with others, who In the past pushed for women elders and ministers from the very earliest days of the discussion They did this either as members of study commIttees who recommended women’s ordination, or In a communication to synod urging the candIdacy of a gifted woman for ordination as minister. (A perusal of copies of the Agenda and Acts of various synods since 1970 will confirm this).

Nor have Calvin Seminary voices ceased to support the women In office agenda Current events include Calvin Seminary professor, Dr. John Cooper, in a panel speech delivered to Synod ‘94, making sport of both the opponents to women in office, and their interpretation of passages such as 1 Corinthians 11 and 14 and 1 Timothy 2; Mrs. Ina De Moor, wife of the church polity professor, and herself an employee of the seminary, signing the July letter to Classis Grand Rapids East as clerk of the council of Woodlawn CRC which requested “that Classis permit its individual churches the freedom to decide whether or not the word ‘male’ in Article 3a of the Church Order is operative in their particular settings,” an overture which was adopted (and only cosmetically revised in September).

The most astounding recent disclosure (especially in view of President De Jong’s letter to us) was President De Jong’s own “Letter to the Editor” which appeared in The Banner in July: “Thanks for a superb editorial on synod’s decision. Your analysis of the grounds were as lucid and compelling as can be in a piece of that length.” For those who did not read Editor Suk’s editorial, his piece was a clear denunciation of the action and grounds taken by Synod ‘94. Editor Suk faulted the Majority Advisory Committee for using a proof-text method (Jesus used that too on the Mount of Temptation as did New Testament writers in their many quotes from Old Testament literature) as opposed to a redemptive-historical approach to Scripture, a charge that is completely unwarranted. To find the president of Calvin Seminary lauding this repudiation of a synodical decision and its grounds by a top denominational employee in a mind-molding position such as the editorship of The Banner, is mind–boggling. When we contacted President De Jong to confirm his “Letter to the Editor,” he faxed us a copy of his original letter (quoted above) in which he further praises Editor Suk for his “posture toward the decision” which “shows spiritual wisdom and maturity…courage and leadership”—that is, a posture of not actually disobeying Synod ‘94. The faxed copy quoted above (which is a little longer than the published copy), does not erase the high praise for the “superb editorial” and its “lucid and compelling” analysis of the “grounds” for synod’s decision. We can only conclude that the president of Calvin Seminary shares Editor Suk’s disappointment and lack of agreement with the decision of Synod ‘94.

We mention these recent incidents, not out of malevolent incident, but to demonstrate that, although we would like to believe Dr. De Jong’s assertion that the “call to obey decisions of synod…is enthusiastically endorsed by the Calvin Seminary faculty,” the evidence from past years and today just does not support that claim. We want to strongly reiterate our commendation for and thanks to Calvin Seminary professors who agree with and support the grounds and decision of Synod ‘94, but it can hardly be said that Calvin Seminary bears no responsibility for the negative influence it has had on the women’s ordination struggle in the CRC the past twenty plus years.

Further, we are puzzled how the president of Calvin Seminary can say, post Synod ‘94, that each year we “heartily recommend candidates who think that the Bible permits the ordination of women …” To us this represents a policy “at war with the church.”

President De Jong also finds it “difficult to recommend candidates who show signs of dividing the church over this or other non-confessional issues.” At best this is a very subjective criteria for granting or withholding candidacy. At worst, to withhold candidacy from now on, from anyone who strongly endorses the position taken by Synod ‘94 would constitute ecclesiastical disobedience.

We must also express our disagreement with President De Jong that “With conviction and enthusiasm we teach and expect students’ loyalty to the church as an expression of their loyalty to Christ.” Loyalty to church and loyalty to Christ are not synonymous—as is well-attested by the event of the Protestant Reformation. Only insofar as the church is faithful to Christ and His inscripturated Word and its own confessions (which bind us together) can it expect total loyalty from its pastors and membership.

The time is long overdue for leadership of the CRC, including its seminary, to be responsive to the voices of correction. Too long have they turned a deaf ear, and pain and fragmentation have been the tragic results. The synod of the CRC which met this summer, spoke decisively after twenty plus years of debate. Without voices of the thousands who have left in the past few years, synod still voted against women’s ordination on the basis of strongest grounds which have appeared in the entire debate. If there continue to be those who refuse to accept and live by this decision, they should seek a new church home. Those who uphold the stand within the CRC has always taken, which indeed entire Christendom has taken for two thousand years, should not be forced to exit their beloved church. May we all receive the grace and wisdom to live to God’s glory according to His Word. The Editors 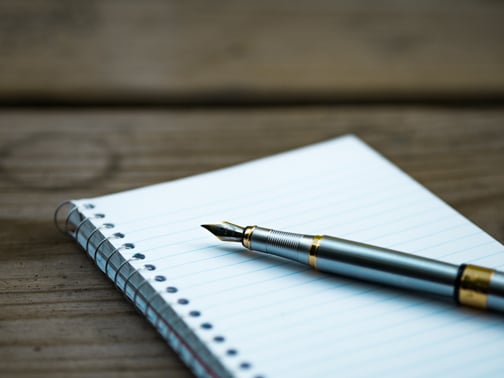