The What and How of Salvation

We move on now to examine Orthodox theology in its description of what “salvation” means for individuals and of the means by which individuals come to possess it. It is important to note at the outset that though Orthodox theologians do often speak of the incarnation as itself uniting the whole human race with God, they do not believe that salvation is therefore automatically a possession of everyone. Rather, people must respond in a certain way if they are to enjoy the blessings of salvation which have been made available to them through the incarnation. As we proceed, we will find again that there is much interesting, Biblical teaching in Orthodox theology on these matters, but that there is also important Biblical material that is down played or ignored.

In what, then, do the blessings of salvation consist in Orthodox theology? There is one concept which is of far greater importance than any other: salvation consists of the process of “the as is” (alternatively called “deification” or “divinization”), the process of human beings becoming “gods.” As Athanasius famously exclaimed, “For he [Christ] became man that we might become divine.”14 Such language is likely to strike Protestants as the height of blasphemy. Yet Orthodox theologians should not be written off as New Age gurus advocating absorption into the One or some other monistic religious concept. Orthodoxy does not mean by this that we somehow become equal with God or a part of God. It means, as 14th century Orthodox theologian Gregory Palamas explained,that we participate in the “energies” of God, though not in His “essence!” There is, in fact, Biblical warrant for the language Orthodoxy uses. 2 Peter 1:4 says: “[H]e has given us his very great and precious promises, so that through them you may participate in the divine nature and escape the corruption in the world caused by evil desires” (NIV). Orthodox theologians place great stress upon the intimate fellowship with God to which people have been called. To be fully human is to enjoy our God in the closest conceivable communion. The blessings of being a child of God consist of more than simply receiving good gifts from Him and loving Him in return—it means a relationship with God, union with God. This is seen most fully in the union of human nature with the divine in Jesus incarnation, and we are called to attain something akin to this. To the Eastern Orthodox, this is truly what “salvation” refers to.

The reader may wonder what becomes of the concepts of justification, sanctification, glorification, and the like, which Reformed theology speaks of so often. Such terms are often not used at all in Orthodox theology. When they are, they are not defined very precisely and they are usually all included together within the process of theosis, without sharp distinctions made between them.

Theosis is not something which is fully attained here, but neither is it something wholly future. Contemporary Orthodox theologian Christoforos Stavropoulos has described theosis as “a journey, a road,” something achieved “step-by-step.” He writes:

The theosis of man, his perfect union with God made possible by grace, will be realized completely in the future age after the resurrection of the dead. However, beginning in this life, this union which divinizes people can be made more and more real. Our corrupt and weakened nature ought to be transformed little by little and adapted to eternal life. 15

Thus, Orthodox people will often refer to salvation as something which has been achieved in the past, is being achieved in the present, and will be finalized in the future. How, then, are people to attain this salvation of theosis? There is no one short definition like we find in the Reformed faith, “by grace through faith.” Orthodox theologians do stress that salvation is by grace, and ultimately not of human works. “Faith alone,” however, is not a phrase one is likely to meet in Orthodoxy. Instead, salvation is attained as Christians do the range of activities which God has commanded of them. This statement by Timothy Ware is illustrative:

Faith, though absent from this statement by Ware, is also mentioned often by Orthodox theologians, though it is almost always considered as just one virtue among others. As there is little distinction made between the various aspects of salvation, such as justification and sanctification, there is also little distinction made between the roles played by things such as faith, works, and the sacraments. 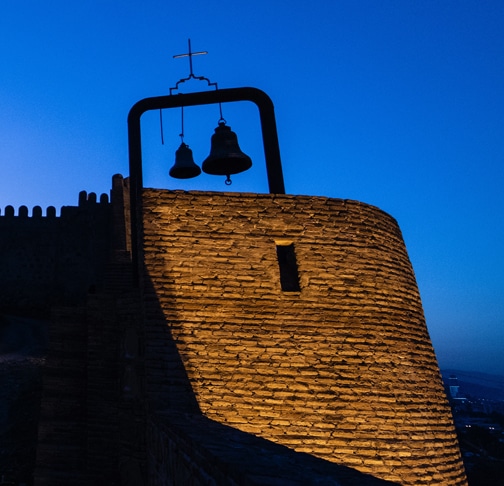 Before analyzing Orthodox thinking on these points, it may be helpful to briefly pause and observe how Orthodox doctrine fits together on the matters we have been discussing. Before the fall, Adam was created in the image of God and called to grow in communion with God. But because of his sin, the image of God in him was damaged, and he was made unable to progress as he was commanded. Death and Satan held great sway over him and his posterity. When Christ came and assumed flesh, the image of God in human nature was restored to what it was originally called to be. Christ challenged that which stood in the way of man, namely, Death and Satan, and triumphed over them. Now, with these enemies conquered and his nature renewed, man is able again to ascend to God and commune with Him in intimate fellowship. And so he now takes up the task at which Adam failed, and by sure and steady progress is “deified,” until the fulness is realized in heaven itself. Notice the great measure of consistency here: The problems brought in by the fall were Death and Satan and estrangement of human nature from God; Jesus came to conquer these enemies and unite human nature to God once again; people now, with their enemies conquered and their nature reunited with God, are able to ascend to their calling of communion with the divine. One concept follows from the other. And because there is little concern about guilt in the fall, there is also little concern about Christ’s taking away guilt and little concern about the specifics of how guilt is taken away in justification.

What are Reformed readers to make of this notion of salvation as theosis? It is certainly quite foreign to us in many ways. We are accustomed to thinking of the attainment of salvation as a series of rather distinct blessings, beginning with regeneration and continuing with justification, adoption, sanctification and glorification. Each term for us has quite a precise meaning, and it is bad theology to confuse one term with any other. But in Orthodox theology all these concepts are lumped together into one grand process, and precise distinctions between them are rarely made. There are certainly positive things which should be said for the Orthodox presentation. First, there is much Biblical warrant for the concepts employed. Not only does 2 Peter 1 refer to Christians partaking of the divine nature, but books such as the Gospel of John and many of the Pauline epistles are replete with references to our union with God or our life “in Christ.” Second, it is almost surely true that union and communion with God is the greatest blessing that human beings can ever know. Our Lord Himself said, “This is eternal life: that they may know you, the only true God, and Jesus Christ, whom you have sent” John 17:3)(NIV). The best of Reformed theology has not missed this. Indeed, the first question and answer of one of the great Reformed confessional statements, the Westminster Shorter Catechism, reads: “What is the chief end of man? Man’s chief end is to glorify God and to enjoy him for ever.”

There are, however, also points at which the Orthodox definition of salvation as theosis ought to be criticized. Orthodox thinkers are often quite proud of their aversion to making distinctions between the various aspects of salvation (justification, sanctification and others). Yet, such a practice was viewed as a great danger by theologians of the Reformation. Men such as Luther and Calvin thought that such differentiation was critical to an understanding ofBiblical soteriology. In their day, the Roman Catholic Church did not properly distinguish between justification and sanctification, and this led directly to their belief that good works were required for justification. The Biblical teaching is that justification is a judicial pardon of sin and imputation of the righteousness of Christ, which is attained only by faith, apart from works. It is a momentary decree of God. Sanctification,on the other hand,is a life-long process that follows justification and that very much involves good works.

Is it really important to make such distinctions? Absolutely! In Galatians 1:8 Paul wrote: “But even if we or an angel from heaven should preach a gospel other than the one we preached to you, let him be eternally condemned” (NIV)! What was the problem Paul was here addressing? The churches in Galatia had perverted the doctrine of justification and confused the roles of faith and works. Far from being minor issues, these matters were and are of the essence of the Gospel, as defined by no less an authority than the Apostle Paul! Therefore, it is important for us, even as we acknowledge the many fine descriptions of salvation made by Orthodox theologians, that we call Orthodox people with whom we have contact to a new appreciation of these Biblical truths. We also should remember, however, that Eastern Orthodoxy has not officially rejected Protestant positions on issues of salvation, as the Roman Catholic Church has. Whereas the Roman church in the Council of Trent anathematized those believing that justification is by faith alone, the Eastern church has never officially defined its position on these matters. John Meyendorff made this interesting statement: “Byzantine theology did not produce any significant elaboration of the Pauline doctrine of justification expressed in Romans and Galatians.”17 Meyendorff apparently has no problem with the idea that there is a specific doctrine of justification in Paul’s writings. He states only that Byzantine (that is, Orthodox) theology has not developed it. Therefore, we may perhaps hope that Orthodoxy will someday soon develop its theology in this area. It would not require a radical rejection of their ecclesiastical creeds, as a similar move would for Roman Catholicism.

And there is precedent for sound thinking on subjects like justification among the Greek Fathers. John Chrysostom, for example, whom we met earlier, took justification very seriously. He clearly viewed it as a matter of a judicial decree rather than as a life-long process:he contrasted it with the condemnation that comes from sin and he used judicial analogies to illustrate the doctrine.18 He also stated that justification was the purpose of Christ’s death, consisting of a two-fold gift, forgiveness and righteousness. Furthermore, he stressed the importance of faith in the attainment of justification: justification comes “without needing works” and is by “faith only.”19 To be sure, John Chrysostom was not simply a crypto-Protestant born a millennium too soon, but his writings do suggest that there is much Reformational truth lying hidden in Eastern theology which is waiting to be developed.