The Netherlands was once staunchly Calvinist, a nation that only a century ago elected the conservative theologian and social reformer Abraham Kuyper to be its head of state. Today, amidst the tulips and historic churches, legal prostitutes sell themselves in public, drugs are sold out of boutiques, and the sick and the elderly are actively and legally euthanized.

What happened? Across Europe, in both Protestant and Catholic countries, Christianity has become reduced to a historical curiosity and a tourist attraction. Certainly there are many vital Christians in these nations and their religious heritage still makes itself present, but on the whole the Christian influence on the present-day culture has all but disappeared.

Perhaps Europe shows what awaits America in a few years if cultural liberalism continues to win victory after victory and if Christians do not find a way to impact the culture in a meaningful way.

In the Scandinavian countries of Norway, Sweden, Denmark, and Iceland, it became socially acceptable decades ago for couples to live together without being married. When they started having children, then and only then would they get married. But now, they are not even bothering to do that.

In a story for the Los Angeles Times, Carol J. Williams reports that more than half the children being born are to unwed mothers. (The numbers are 54 percent in Sweden, 49 percent in Norway, 46 percent in Denmark, and 6S percent—nearly two-thirds in Iceland.) This is twice the rate in the rest of Europe and 60 percent more than the United States, whose illegitimacy rate is especially high among the poor and minorities. In Scandinavia, the whole society is doing without marriage. 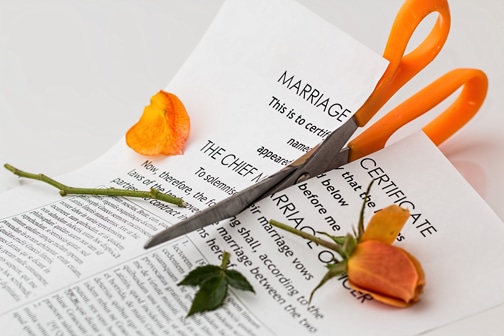 Part of the reason, according to Ms. Williams’s findings, is the vast and generous welfare state, which is not so much a safety net in Scandinavia as a security blanket for, “Because of the social welfare systems in Scandinavia, a woman has to be stupid not to realize that she has a better situation if she is not married,” said Erik Kofod of Denmark, a founder of a fathers’ rights group. “It’s an appalling system that motivates people to do things that are unhealthy for society and for children.”

The unbridled feminism that has taken hold also plays a role. Ms. Williams quotes Ulla Hoffmann, a member of the Swedish parliament: “We can make it by ourselves. We don’t need men to chop wood these days. We have our own money, so now men have to change if they want to feel needed.”

And since men are not needed as providers—the welfare state takes on that role—they have no rights to see their children once the couple drifts apart. This is an issue Mr. Kofod’s fathers’ rights group is trying to change, against the opposition of feminists, whose arguments for sole custody for the woman are curiously ironic: “People have to accept that there are biological differences between men and women,” insisted Lone Noergaard of the Danish Women’s Society.

Ms. Williams quotes Ebba WittBrattstroem, a Stockholm University professor of comparative literature and mother of four from two different men. “For the children, it makes no difference whatsoever whether their parents are married or not,” she claimed. Some of her children’s friends do not even know if their parents are married or not. “Traditional family values are not important to us anymore. They are something we do research on, like a fossil.”

A fossil is the remains of something that was once alive. Scandinavia was once the home of both Lutheran orthodoxy and pietism, that experiential, inward-looking Christianity that would prove so influential in America. Did the Christianity of the pietists grow so inward that it vanished from the external world?

Part of the problem of Christianity in all of Europe is the phenomenon of the state church, an institution that must have seemed at the time like a way to have a “Christian nation” but in fact made the church irrelevant. When a church is supported by government taxes instead of active members, it has already sold out to the dominant culture. State churches soon succumbed theologically, as well as politically, to the culture, becoming eager to jettison the authority of the Bible in favor of the dominant secular ideologies. A church that no longer believes the Word of God has thrown away its only potency and is not good for much of anything.

It is true that Scandinavia, the Netherlands, and other European nations do have their strong churches and zealous Christians. And the church has a way of becoming purer in the face of cultural hostility. Nevertheless, the fossilization of transcendent values leaves a heavy weight on children, families, and human souls. Is this America’s future?

This article is reprinted from World, April/2000.