The Presbyterian Church U.S.A. through one of its spokesmen has joined the ranks of those who publicly condemn parochial and Christian schools. Read the answer and the countercharge in this article.

Rev. Ganse Little, president of the board of Christian Education of the Presbyterian Church in the U.S.A., urged the church’s assembly general this past summer to “resist by every democratic means at its disposal sup­port of any parochial school to any degree whatsoever by public funds.” Dr. Little apparently saw in Christian day school education a threat to liber­ty. He explained to the brethren meeting in Omaha that parochial education was “a kind of brainwash­ing.”

In The Educational Forum (1955) Dr. John L. Childs, Professor Emer­itus, Teachers College, Columbia Uni­versity, expresses a deep concern for the future of the public school. He deplores the rapid growth of parochial schools. He quotes from statistics made public at the National Catholic Education Association convention to demonstrate that American democ­racy can no longer assimilate paroch­ial education with impunity. By 1960, 5.5 million students will be in Roman Catholic schools. “Experience shows,” he writes, “that it is difficult to main­tain the American plan of the com­mon school so long as the largest of our religious groups believes that it has real national sanction for its pur­suit of an educational program which is in conflict with the whole concep­tion of the common school.” (Italics mine) Dr. Childs feels that an un­ warranted interpretation of the fa­mous Oregon Case( 0) of 1925 has ef­fected an unwholesome development of parochial education. He concludes that “Unless church educational prac­tices which are assumed to have been sanctioned by that historic decision of the Supreme Court are reviewed and revised, the future of the com­mon school is not one of promise.”

All this agrees quite well with Dr. James B. Conant’s repeated publi­cized statement that all American youth should be in public schools. The high priests of public education, apparently in the fear that their Mo­lech will not be worshipped, are be­ coming increasingly bold in their de­mand that all American youth pass through the fire of secularism. And, as in the days of old, they Sincerely believe that their love of country re­ quires such devotion to the “common school.”

Dr. Little’s use of “brainwashing” is probably a little more bold than the older term “indoctrinating”; yet the criticism is essentially the same. For decades our professors of education, both in classrooms and in periodicals, have been indoctrinating teachers against indoctrination. Naively it is assumed that secular education does not indoctrinate. Dr. Little does about the same thing with the term brain­ washing. An appropriate defense for supporters of private and parochial schools is a counter offensive. The proponents of secular education live in a glass house and should not be throwing stones.

Dr. Frederick E. Ellis, in the issue of The Educational Fomm mentioned above, writes an interesting discussion on secularism in America under the title of, “The Chimera of Secularism.” In it he quotes this definition of secu­larism: “The doctrine that morality should be based solely on regard to the well being of mankind in the present life, to the exclusion of all considerations drawn from belief in God or in a future state.” (This definition is taken from the New English Dictionary of Historical Principles, 1914.) With such a working defini­tion of secularism it ought to be quite obvious that any criticism of indoctri­nation or brainwashing in religiously oriented schools should boomerang. 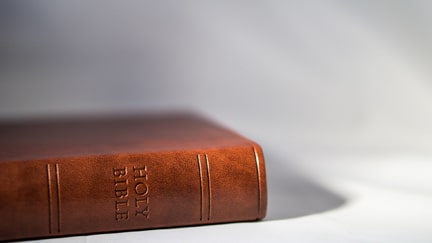 That public schools “indoctrinate” or practice “a kind of brainwashing” grows more obvious as we observe the expanding function of the Ameri­can common school. No school con­cerns itself merely with the proverbial three “R’s.” School administrators are being trained as community leaders, schools are being built as community centers, and the curriculum is organ­ized to train the “whole child.” Not only has the breadth of school activity been broadened to implement this educational philosophy, but also much more of youth’s time and energies are being monopolized. While once the goal of the common school . was. the eighth grade diploma, today the goal of the common school is junior college. The average American son and daughter is at present ex­pected to spend thirteen years in school. It is not only the increasing number of children that is causing the classroom and teacher shortage.

It is also the growing scope of public education that is demanding more space and man hours. To claim that public schools can use so much stu­dent time and energy, unheard of school facilities, billions of dollars, and thousands upon thousands of trained personnel for education and not submit American youth to “indoc­trination” or “a kind of brainwash­ing” is both preposterous and ridicu­lous.

American proponents of religiously oriented schools whose love for country is second to none have a duty to perform. The American citi­zen needs to be awakened to the fact that his billions in taxes are support­ing a network of educational institu­tions officially dedicated to the advancement of a doctrine called secu­larism. That doctrine, left to reach its logical end, will develop a society that parallels Communism.

As principals of Christian schools we must ask ourselves what kind of education we are carrying on. The Lordship of Christ, the preservation of our American liberties, and the sacrifices of our people demand that our practice shall justify our distinct schools.

( * ) In the famous Oregon Case the Fed­eral Supreme Court ruled: “The fundamental theory of liberty upon which all governments in the Union repose excludes any general power of the state to standardize its children by forcing them to accept instruction from public teachers only.”