Only a couple that has been emboldened by their escape from impeachable offenses would try to spin God. But Hillary Rodham Clinton — veteran of cattle future profiteering, a failed attempt to nationalize health care, champion of children raised by the government village and not parents — has done just that and more in an interview for Talk magazine. In it she reduces herself to that Tammy Wynette, stand-by-your-man caricature she said she was trying to avoid in 1992.

In remarks that should encourage every man who has wandered, or has been prone to wander, from his wife into the arms of other women, Mrs. Clinton again enables a man who has never been forced to accept responsibility or be held accountable for his actions (some other account will pay his $90,000 contempt-of-court fine, not him). It’s not his fault, she says, that he is a tomcat. He had a troubled childhood. But plenty of people who had troubled childhoods don’t do what he does. It’s about moral choices. He’s depraved, all right, but it’s not because he was deprived.

Mrs. Clinton is a textbook enabler. Even her “enemies” reappear. That “vast right-wing conspiracy” is mostly responsible for the Clintons’ troubles. Never them. Always us.

Mrs. Clinton surveys her marriage and sees success in the number of years between affairs. She sounds like a car salesman discussing miles per gallon. Look how far he can go without a fill-up. The years between the Gennifer Flowers affair and whoever she found out was after that, were “a very good stretch.”

Bill Clinton has been a “good” father and husband, she says, leaving us to wonder what would constitute a bad husband and father and how a man who has not had an affair would rate with her. Maybe she grades on the curve.

In the most enabling comment of all, Mrs. Clinton refuses to lay any blame at her husband’s feet, but claims his concealment of affairs were designed to shield her. Clinton, of course, does not limit his lying to sex. He can lie about anything, from important to trivial matters, such as golf scores andwhether he was the first president to host the late John F. Kennedy Jr.’s return to the White House.

But it’s when she dabbles in theology that Hillary Clinton outrageously misrepresents the doctrines of sin and grace. Borrowing from Catholic theology, she says, “there are sins of weakness and sins of malice, and this was a sin of weakness.” While it is true that a murderer is worse than a person whose parking meter expires, both are lawbreakers. In a theological sense, our reference point is to a holy God, not theologians or personal opinion. So when a real saint, Paul, writes that “all have sinned and fallen short of the glory of God,” he does not engage in a theory of moral relativity. He diagnoses a human condition that is true for all, regardless of how individual sinners categorize their sins. None of us, including a first lady, gets to make the rules or render judgment. 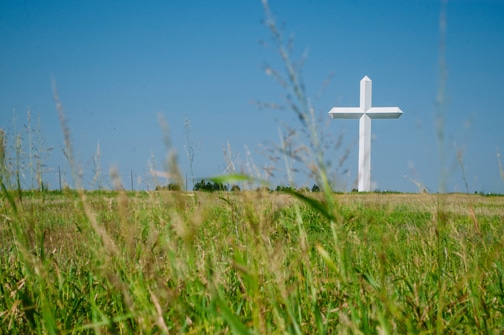 Bill is “sorry,” she says, which, in another context, could be an accurate diagnosis. But sorrow that doesn’t lead to repentance is no more than personal disgust at getting caught. Bill Clinton, like all of us, is responsible for the choices he makes. It’s bad enough when he refuses to accept responsibility. It is worse when those closest to him won’t do what is in his best interest, namely, announce that his day of reckoning has arrived.

“Peter betrayed (Jesus) three times,” says Mrs. Clinton, “and Jesus knew it but loved him anyway.” Bill Clinton is no Peter, and she is certainly no jesus. But the analogy is revealing. From the beginning, these two have seen themselves as the saviors of the world and those who oppose their agenda as sons of Beelzebub. This is why they have been able to get away with so much. To oppose saints is to oppose God Himself.

So we have moved to another level. The Clintons are beyond all accountability because, like the Blues Brothers, they are on a “mission from God.” God help the rest of us sinners.