The late professor Samuel Volbeda taught a course entitled the Biblical Doctrine of Missions at Calvin Seminary before the school had a missions department or a full time professor of missions. The heart of Volbeda’s course was his theocentric definition of missions, Everything else he taught sprang from this definition.*

With its heavy English and one-sentence, paragraph-length structure, Volbeda’s definition is not easily grasped. (It required an entire course to explain it.) Though it has deficiencies, I have found none other to match it in theological depth and comprehensiveness.

Missions is the absolute vindication, integrated organically in the process of the history of the world by the Triune God, of his divine honor grounded in his infinite self-love through the utter defeat of Satan his arch-enemy, by means of the reclamation of his ruined world in organic connection with the redemption of man its fallen head, in Christ the incarnate second person of the Trinity, in cooperation with the church as his body, in the power of the Holy Spirit the third person of the Trinity, according to his eternal counsel revealed in Scripture, to the eternal praise of the glory of his grace by the redeemed humanity at the head of all creation.

Volbeda’s purpose in formulating a definition of missions as he did was to underscore the fact that missionary endeavor is first and foremost God’s work. Its end is in God and not in mankind, or even in the institutional church. Volbeda viewed the extension of the church as but one means among many that God uses to accomplish His purpose. 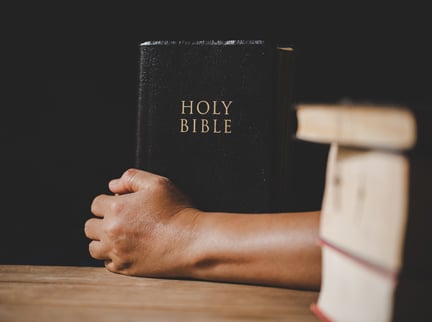 Moreover, Volbeda wanted to emphasize that missions did not begin with the New Testament or at Pentecost. He viewed the Old Testament revelation as clearly missionary in tone and purpose. God’s people in the old dispensation had a mission to the nations around them. Missions entered a distinct new phase at Pentecost, but this was only part of a larger movement as the definition shows.

YOLBEDA’S ANALYSIS OF THE DEFINITION

Volbeda emphasized that all elements contained in the definition are logically interdependent. He explained them using the following scheme:

1. Author of missions: The Triune God

2) The vindication of God’s honor

1) The reclamation of God’s ruined world

2) The redemption of fallen mankind

1) Christ. the incarnate Son of God, the arch-missionary

5. Dynamic of missions: The Holy Spirit

6. Projection of missions: the eternal decrees of God

7. Publication of missions: The divinely inspired Bible, Old Testament as well as New

8. Purpose of missions: The praise of the glory of God’s grace by human beings at the head of creation

Within the Trinity, God the Father sent the Son, and the Son is the principle divine agent of the Godhead in missions. The Holy Spirit is the divine dynamic. Individually and jointly, three persons of the Trinity carry forward the divine project of missions.

All the elements of the definition rest on the assumption that missions originate in God. People are mistaken, said Volbeda, when they think the church originates missions. Even when we speak of ourselves as a “sending church,” we realize that we are God’s handiwork in missionary respect as well as all others (Phil. 2:12–13).

Only God is adequate to accomplish what missions set out to do. Only God can defeat His arch-enemy, Satan. God is the great architect of missions. He blueprinted missions (Eph. 1:11), designing its end as well as its beginning and providing the ways and the means. “The divine authorship of missions includes the publication of God’s missionary plan in his infallibly inspired mission book called Scripture.”

Volbeda considered missions to be the key to understanding history: All history is nothing but the execution of God’s missionary plan. Some things are close to the circumference, some to the center; but it’s all in God’s missionary plan. Nobody knows history unless they see it from the missionary aspect. This is the Scriptural point of view. No wonder missions is invested with so much interest for those who love it and study it closely.