A federal panel of experts has recommended that the government’s 15year-old ban against all research on human embryos be lifted, because fertilized eggs do not have the “same moral status as infants and children.” This is just the latest assault on the uniqueness, dignity and value of the human species. 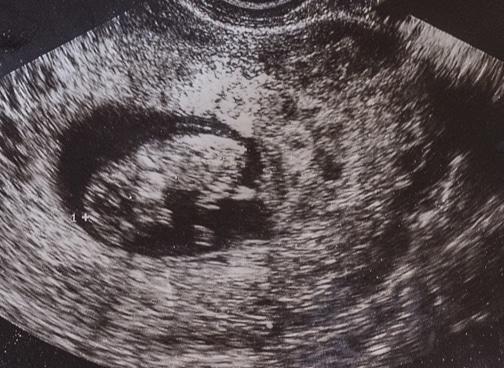 There is much talk in the recommendation about “guidelines” and “appropriateness” and even “morality” (it is thought to be “inappropriate” to conduct experiments on embryos beyond 14 days following conception because of “moral considerations”). Yet, these same embryos, when allowed to mature beyond 14 days, may be aborted at any moment until birth without legal protection and moral considerations. Go figure.

Doesn’t anyone study philosophy or history anymore? Doesn’t anyone see that ideas and actions are connected, and that a decision made at one level influences decisions made later on other levels?

As with all indignities, the recommendation to allow experimentation on human embryos has been presented in the highest moral tones. Think of the infertile couples who could be helped. Consider the possibility for curing those with serious, perhaps terminal ailments. But is an immoral act justified by noble objectives? That’s what the abortion-clinic bombers and abortion-doctor killers say.

The possibility of federally funded embryonic research, whether life is created in the womb or in a petri dish, is too much even for the pro-abortion, women-should-do-what-they-want-with-their-own-bodies Washington Post. In a lead editorial Sunday (Oct. 2), The Post said, “The creation of human embryos specifically for research that will destroy them is unconscionable. The government has no business funding it.”

But in asking government to “draw the line” with human embryo research, The Post wishes to use a writing instrument that has run out of ink. When standards and definitions for such things as when life begins and why it is valuable have been removed (as they were 22 years ago in Roe vs. Wade), all things become not only possible, but probable. This is why pro-lifers continue to argue vociferously for non-negotiable standards and boundaries set not by government but by a Creator who endows us all with the right to life-a right government has no business taking away.

How quickly we have moved from a view of man as “an earthly animal, but worthy of Heaven,” as St. Augustine called our race, and a little lower than the angels, “but crowned with glory and honor,” in the Psalmist’s words, to our present moment when scientists manipulate, extinguish or preserve human life at any stage based only on their own personal goals and objectives.

Some people don’t like the frequent invocation of the Third Reich as an example of where science, uninformed by a universal moral code and unrestrained by the state, can lead. But it needs to be mentioned. It represented a slide from a position that all life has objective value to one in which lives are categorized according to what they seem to be worth at that moment.

The Nazi experience probably will not be repeated in America because the “advance” of science means huge ovens are no longer necessary to extinguish “unwanted life.“ The new “ovens” are the laboratories.

If the recommendations of the Human Embryo Research Panel to the National Institute of Health are accepted, the modem ovens, which have already consumed more than 30 million babies at ages beyond the 14-day “cutoff” recommended by the panel, will glow with an even greater intensity.