“And you did he make alive, when ye were dead through your trespasses and sins, wherein ye once walked according to the course of this world, according to the prince of the powers of the air, of the spirit that now worketh in the sons of disobedience; among whom we also once lived in the lusts of our flesh, doing the desires of the flesh and of the mind, and were by nature children of wrath…” Ephesians 2:1–3

Here the apostle describes our wretched condition apart from the transforming grace of God. He adds one phrase upon another. What a stacking of expressions! Let self-righteous man who prides himself upon ‘his good works read this text slowly and thoughtfully. Not that his reading the text will itself change him. Far from it! But let him read that he may know what God thinks of him! A sinner isn’t just sick. He is sunk! Sunk in death. It is a moral and spiritual death in which there is a complete absence of everything holy. It is a death in which there is no faith, no trust, no love towards God, no true reverence of his name, no humble reliance upon his promises, no concern for his glory. It is a death in which there is no motion. 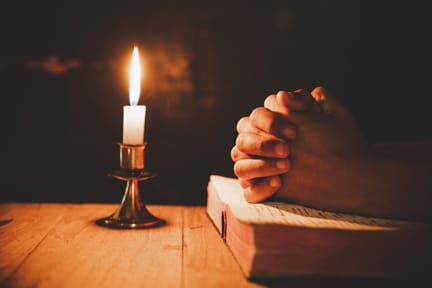 Such feeling is wanting in the sinner. It is not even latent in him. God’s character and God’s love do not please him. All the wonders of grace, as well as the excellencies of the divine character in Jesus Christ, fall upon him like sunbeams on the eyes of a corpse. There is no self-restorative process at work in a sinner dead in trespasses and sins, no healing process by which in the course of ·nature he will become healthy and happy in the enjoyment of God. No “do it yourself” devices, no “fix it yourself” procedures will avail in this horrible cemetery. The “power of positive thinking” cannot operate here. No power can operate here except the power of God. The sinner must be made alive before he can exhibit the symptoms of life.

What a terrible state to be thus dead in sin, and not to know it, not to feel it! This want of sense and feeling is but the introduction to that second death which stretches through a limitless eternity. Years ago, the Jehovah Witnesses carried the slogan: “Millions now living shall never die.” But the Scriptures declare: Millions now living are already dead!

Remember, this is not speculation. The apostle is not theorizing. He does not merely fancy that these things may possibly be so. He says that they are sol And he speaks for God when he says it! We are thus judged by God’s own Word, the Word of one “who cannot lie” (Titus 1:2).

Dead in trespasses and sins. The corruption which eventually overtakes a lifeless body in the grave cannot compare in its loathsomeness to the sight of a spiritually lifeless sinner as he appears before the eyes of the holy God.

Sinners dead through trespasses and sins are described by Paul as walking “according to the course of this world.” They are under the influence of Satan who is the “prince of the powers of the air.” There are people who deny the existence of Satan. Some even joke about the matter. Let us remember that part of Satan’s subtlety is to persuade us of his non-existence so that he can the more successfully entrap us in his snares.

The devil can sell-denial use,

And that with devilish, selfish views;

His being and his state disown,

And teach that devil or hell there’s none.

Often, the first step in his attack is to get us to disbelieve in him. And the second step inevitably follows—disbelief in God. When we say, then, that there is no Satan, we not only deny the Word of God, but we also clearly exhibit how effectively this evil spirit has blinded our eyes and prejudiced our minds. Satan is a specialist in giving people poor eyesight. Let young people remember that, too!

Satan is not present in every place at the same time. Such presence belongs only to God. But as a spirit he can and does move about with a readiness of which we have little conception. With a horde of kindred spirits, all of them in league with himself, he moves about with vicious persistence. For that reason we are admonished to “put on the whole armor of God” (6,1). Why? That we may be able to “stand against the wiles of the devil.” And the important thing is to be wary of his wiles here and now and to work out our salvation with fear and trembling. It is vastly more important to be concerned with the wiles of the devil than with his ancestry!

Turn us away, O God, from all confidence in self, and set our minds and hearts upon thee, our only hope. Amen.