Many contemporary Christians give little thought to the existence of an individual known variously as Beelzebub, Satan, or simply the Devil. He is often portrayed as a tiny comic character, a red-horned, pointy-taled mini-demon whispering into the ear of a person who is struggling with a moral dilemma.

This is not a new phenomenon. Even as a child, I recall reading “Hot Stuff” comics in which the hero was a pint-sized demon who, in spite of his best efforts to do wrong, ususually ended up doing the right thing.

If only the real devil was so inclined!

Unfortunately, our family’s recent visit to Amsterdam convinces me of just the opposite. As we briefly visited that city, I kept thinking to myself, “So this is what it’s like when Satan wins.” 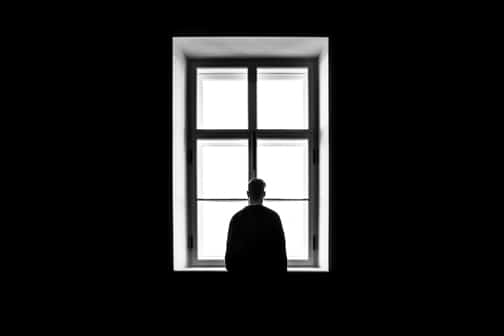 It’s been 20 years since I last spent any time in Amsterdam. I remember it as bright, lively and artsy, a fun place to shop, visit museums, attend concerts, or just sit outside and enjoy strong Dutch coffee. Even late at night, when a Dutch cousin took me along on a memorable “pub crawl,” I never felt anxious about my personal safety.

This time I did. The city wasn’t nearly as clean or bright as I remembered, and I became increasingly anxious as we walked from our hotel to the Central Train Station. Part of it may have been the smell of marijuana, openly sold and smoked at the sidewalk cafes I once enjoyed so much (our tour guide had informed us that if a restaurant had a clover on the door, it meant that you could purchase drugs there).

Part of it was the fact that we saw no other families in the area; no senior citizens or young children, either. Just an ocean of backpack-toting young people, many of whom looked as if they were trying to see Europe on the dollar-a-day plan.

Frequent signs warning about pickpockets raised my anxiety another notch, as did many of the advertising posters along the streets which displayed more of the female form than we are accustomed to seeing in the States. I remembered a milder form of this from 20 years ago, but what was new this time was the spread of the once well-contained “red light” district.

Fearing that this famous area was becoming a kind of ghetto, the city leaders moved many of the prostitutes into other parts of the city. As our family was looking for a restaurant, we inadvertently walked right past a live-action, X-rated window display.

When I commented about experience to one of my Dutch relatives a few days later, responded by shrugging his shoulders and saying, “Well, that’s part of life too, isn’t it?” He seemed proud of his country’s permissiveness, and didn’t quite understand why we would find it objectionable.

To me, this was the final evidence that Satan has won almost a complete victory over Amsterdam. Church attendance there is almost non-existent (many churches which worshiping congregations for years or more are now museums); living together is the norm; drugs and sex are sold as openly as bread and cheese; and the people should care the most shrug their shoulders and say, “Well, that’s life.”

Could it happen here? Go back fifty or a hundred years and ask someone in Amsterdam if it could there. One of Satan’s most effective methods is to whisper that it couldn’t happen to us. But believe me, all takes is one visit to Amsterdam to convince you that it could.

This article is reprinted from Holland Sentinel.