Article 29 implies that the assemblies have a responsibility to reconsider their decisions when they are legitimately challenged — “they shall be considered settled and binding, unless….” Article 31 assumes this responsibility from Article 29, and then limits it. I think Dr. De Moor and I are in complete agreement thus far.

From this point on, however, we disagree. Dr. De Moor says that Article 31 “gives assemblies the option not to enter into a matter over and over, year after year.” However, I understand Article 31 to actually limit the freedom of assemblies to reconsider their decisions. In other words, Article 31 actually restricts the conditions under which a decision may be successfully challenged.

In support of my position, I point to the word “shall” in Article 31 – “a request for revision shall be honored only if…” All through the Church Order, “shall” has a force which makes what follows it obligatory, and not merely optional.

For example, in Article 81a we read, “Members who have sinned in doctrine and life shall be faithfully disciplined by the consistory….” Synod 1991 adopted that wording after a long discussion of whether or not “shall” was the word which was most appropriate in this article. Anyone who was present during that debate knows that the word “shall” in the Church Order does not mean “may,” or “is allowed to.” 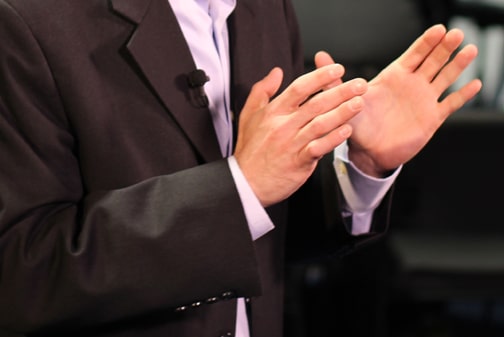 DO THE RULES Of SYNOD TAKE PRECEDENCE OVER THE CHURCH ORDER?

In support of his position that “assemblies most assuredly have the freedom to revisit an issue,” Dr. De Moor quotes a synodical rule that says, “all other matters may be considered which synod by a majority vote declares acceptable.”

Article 31 is not the only article that restricts what assemblies may consider. For example, Article 28b says, “A major assembly shall deal only with those matters which concern its churches in common or which could not be finished in the minor assemblies.” I would judge that synod may not by a majority vote decide to consider an overture from a local church council when that overture has not been considered by that church’s classis. If synod by a majority vote decided to consider such an overture, that decision would be contrary to the Church Order, and thus subject to revision under the provisions of Article 29. No matter what rules synod may have for itself, no synodical rule can justify decisions that are contrary to the Church Order.

The synodical rule that Dr. De Moor cites (v, B, 12) occurs at the end of a list of “Matters Legally Before Synod.” The intent of this rule is to allow for synod to consider something that needs to be considered, but which happens not to be included in this list. I would not understand this rule as a license for synod to suspend Church Order Article 31 (or any other article) merely by majority vote.

Dr. De Moor cites another synodical rule (VIII, I, 2) to support his position. However, when this rule says that “a succeeding synod may alter the stand of a previous synod…” there is no reason to suppose that the Church Order places no restrictions on that alteration.

WHAT DOES “SUFFICIENT” MEAN?

Dr. De Moor says that in some cases “sufficient” may mean what I suggest, but that it may also mean a number of other things which he lists, and that it may mean “whatever else the assembly judges it to mean.” Consequently, Dr. De Moor maintains that once an assembly has decided that its grounds for reconsideration are sufficient and new, “no assembly can be accused of ‘violating Article 31’.” If his understanding of Article 31 is correct, then this article is like a law that prohibits motorists from speeding, but leaves it completely to their own judgment to determine how fast is too fast.

DOES ARTICLE 31 REQUIRE “SUFFICIENT” AND NEW GROUNDS FOR REVISION?

Dr. De Moor says, “Article 31 does not say that the grounds for revision must be ‘sufficient and new’.” On this basis he maintains that ground “e” is seriously flawed. in its statement that Synod 1993 acted contrary to the Church Order.

WHAT LIGHT DOES SYNODICAL PRECEDENT SHED ON THESE ARTICLES?

Synod 1994 gave as the first of its two grounds for its decision not to sustain this appeal, “Even though the action of Classis Lake Erie appears hasty and extreme, classis did act within its authority” (1991 Acts of Synod, p.771).

Synod 1991 did not sustain the appeal in spite of the fact that it appeared that there could be good reasons to “second-guess” the decision of Classis Lake Erie. Trying to decide whether or not the action of classis really was “hasty and extreme” is pointless since it wouldn’t make any difference even if it were. The decision stands because classis was acting within its authority (i.e., in a way not demonstrably in conflict with the Word of God and the Church Order).

The decision of Synod 1994 on women in office has the same status as this decision of Classis Lake Erie. The decision stands on the basis of the authority of the assembly that made it, unless and until that decision is proved to be in conflict with the Word of God or the Church Order. In the absence of any demonstrated possibility that such a conflict exists, Article 31 prohibits the reconsideration of the decision by a succeeding synod.

Dr. De Moor seriously misrepresents my position this allegation that I have a Presbyterian view of church polity. In an article in the November 9, 1992 issue of ThBanner which I co-authored with two of my colleagues, we wrote:

My understanding of Reformed church polity has not changed since these words were written.

Dr. De Moor takes exception to my statement that, “The only way a decision not to change the Church Order can be ‘contrary to the Word of God’ is if the Word of God requires that it be changed.” Dr. De Moor concludes from this statement that I believe that “… Article 3 may only be changed if there is express testimony of Scripture which requires the deletion of the word ‘male’.”

As a matter of fact, I really do believe this. However, the reason I believe it is not that I have a Presbyterian conception of church polity. Synod 1994 has decided not to change Article 3. Did Synod 1994 decide this in conflict with God’s Word? That is a possibility only if Scripture requires that Article 3 be changed.

This is the force of my statement. I do not think it gives evidence of a Presbyterian understanding of church polity.

Synod 1993 clearly implied that Article 3, in order to have any legitimacy, must be directly based on “dear and unquestionable testimony of Scripture.” (See Ground “c” on p. 592 in the 1993 Acts of Synod.) Is this evidence of an unreformed understanding of church polity? I actually think it might be.

In offering “clear” Scriptural teaching as its basis for not changing Church Order Article 3, Synod 1994 was not capitulating to a Presbyterian “regulative principle.” Rather, synod was recognizing two truths.

First, although there are indeed “provisions and Biblical principles against which such provisions must be tested,” some provisions of the Church Order are merely consistent with the principles found in Scripture, while others are directly based on Scripture. If Synod 1994 is correct in its position that a prohibition of women in office is included in “the rule that Paul gave to Timothy,” then Belgic Confession Article 30 clearly puts Church Order ArtIcle 3 in the latter category of Church Order articles.

A MISQUOTATION FROM JOHN CALVIN’S INSTITUTES

Between the sentences that Dr. De Moor quotes, Calvin writes:

Let us take, for example, kneeling when solemn prayers are being said. The question is whether it is a human tradition, which any man may lawfully repudiate or neglect. I say that it human, as it is also divine. It is of God in so far as it is a part of that decorum whose care and observance the apostle has commended to us [I Cor. 14:40]. But it is of men in so far as it specifically designates what had in general been suggested rather than explicitly stated.

By this one example we may judge what opinion we should have of this whole class (Institutes, IV, X, 30).

As these important words in the passage indicate, Calvin is speaking here of that “class” of Church Order articles which are not directly derived from explicit Scripture—what Dr. De Moor refers to as “provisions.” As Dr. De Moor correctly points out, “Provisions may and sometimes must change…” while, “Biblical principles stand throughout the ages.”

Rev. Brouwer is pastor of the First CRC at Waupan, WI.