It was one of the most horrific instances of religious persecution the modern world has ever seen. During a government crackdown on Egypt’s Coptic Christian community two weeks ago, a thousand Christians were manacled to doors, then beaten and tortured with electric shocks to their genitals. Teenage girls were raped.

Even babies were not spared. Mothers were forced to lay their infants on the floor and watch helplessly while police struck them with sticks. And in a scene right out of ancient Rome, Christian men were nailed to crosses.

It was a grisly example of a grave problem in the Middle East: the persecution of Christians by Arab governments-including governments like Egypt that America supports financially.

Since the Camp David accords in 1979, Egypt has been one the largest recipients of American aid. This fiscal year alone, Egypt is scheduled to receive approximately 82.5 billion from American taxpayers.

Well, whatever else we may have gotten for that money, respect for the human rights of Christians isn’t among them.

For the past decade, Egypt’s Christian minority, the Copts, have been the target of brutal attacks by Muslim extremists. And in recent months they have even come under attack from government officials themselves, as I just described.

What happened in this case, according to the London Daily Telegraph, is that the police in the city of Al-Kosheh instigated a dragnet detaining 1,200 Christians. They were rounded up after the death of a Muslim who other Muslims believe had been murdered by Christians, even though doctors had put his death down to natural causes. And then the police tortured many of the detainees.

When Bishop Anba Wissa protested the beatings, rapes and torture, the regional police chief told him, “You haven’t seen anything yet.” 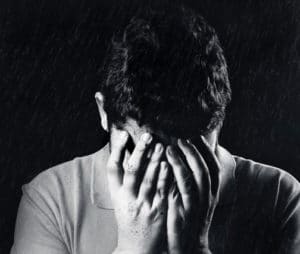 Wissa’s next move was to go to Cairo and talk to human rights groups. And what was the Egyptian government’s response?

Bishop Wissa and two priests were arrested and charged with “using religion for the purpose of inciting strife and damaging national unity.” The charge carries a possible death sentence.

Often there’s very little that Christians can do to help their persecuted brethren around the world. But Egypt is an exception. The more than 82 billion Egypt receives from American taxpayers makes the country very sensitive to public opinion.

You and I need to apply this same kind of pressure now in response to his latest round of persecution. Contact your representatives; see them while they’re at home and demand that they put pressure on the Egyptian government to stop its persecution of Christians. Then ask them to insist that Egypt drop all charges against Bishop Wissa and is companions. And finally, insist on measures that hold the police in Al-Kosheh accountable for their brutality.

In the wake of this vicious attack on Coptic Christians—the first in which police have been perpetrators—many observers fear that even worse treatment is ahead. The Clinton administration, which needs Egyptian President Muburak as an ally in the Mideast peace process, is reluctant to rock the boat in its relations with Egypt.

Well, American Christians need to make it clear we will not tolerate “peace” paid for by the suffering of our brothers and sisters in Christ.