The sound barrier has been cracked; in fact, the jets continue to do it again and again. Oil companies advertise their success in cracking the octane barrier by solar refining. The color barrier in the United States between whites and blacks is under constant attack and there is an increasing number of indications that it, too, is cracking. 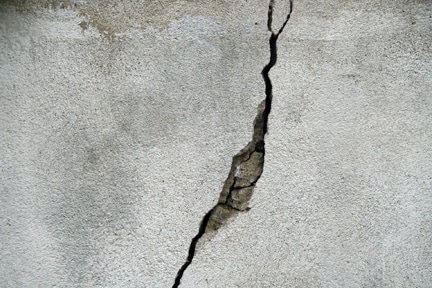 Another example can be cited. In a certain area in West Michigan the Christian Reformed Church is carrying on a program of evangelism among Spanish-speaking migrants. A Spanish-born worker was engaged to meet with these folk, both publicly and privately. He was greatly overburdened by excessive work demands. Yet there was hardly a person on hand to aid him. Some were interested but their interest caused the mission worker an added burden—that of teaching Spanish to interested helpers.

This is the problem; it is the barrier. W’e are increasingly thrown into contact with the Spanish-speaking masses of today’s world but these contacts are, in the main, of little value, often detrimental, because of the language barrier between the parties facing one another. They are unable to communicate with one another intelligibly, fruitfully, and in mutual friendliness . It is of great importance that we as a Reformed people, having a God-given mandate to be a blessing to all nations (Genesis 12:3 ), not only learn the Spanish language but also learn to know, understand, and appreciate the Spanish-speaking men, women, and children in their own peculiar cultural environment.

First, the Spanish language is said to be spoken by more people in North and South America than any other language, including English. In the United States English is spoken by the majority of people, but Spanish is second.

Second, the great majority of the Spanish-speaking people in the world are our neighbors. These people are not all in Europe; by far the greater part is in America—in Central and South America. An ever-increasing number of these Spanish folk are moving north and are settling down to be our very next-door neighbors in the States. Third, the Spanish folk love their language and their culture. Proudly they cling to it. Parents teach their children the Spanish language and customs, and these children, so instructed, are not one bit ashamed to learn and to speak their ancestral language. (How unlike many children of European descent!) In fact, the Spanish folk make a determined effort to maintain their language and culture. If we are to communicate successfully to them we will have to do it via their cultural and linguistic media. If we insist on using our own we shall remain unfruitful, a light under a basket, an unsavory salt.

Fourth, in the last number of years Spanish migrant laborers have been brought to our very back doors by our government and the governments of Cuba, Mexico, Puerto Rico, etc. A chart, prepared by the United States Department of Labor, informs us that in 1956 104,000 migrant laborers went to Texas, 100,900 to California, while New Mexico and Arizona received 38,500 laborers. Christian Reformed Michigan welcomed 11,200 Spanish migrant laborers, Minnesota 800, Washington 900, New York 1,100, and Florida 10,300. Many of our Christian Reformed centers are in those fertile agricultural areas where the bulk of these migrants labored. Many of these migrants were surprisingly ready to receive Scriptures and other religious literature, and to listen to the preaching of the gospel. They also demonstrated a real readiness to listen to those who could and would communicate with them in their language.

Additional facts could be cited. But let us rather seriously assess the situation and ask ourselves : Why should we break this barrier between the presently isolated Reformed Witness and the Spanish-speaking masses in the Americas? The basic answer is obvious. We have a message of redemption and life to communicate to these people. But there are other compelling reasons also. Let us state them briefly.

(1) There are what we shall term the cultural reasons. We should, we must, learn to live with and be a blessing to the Spanish on the social level. The Reformed witness speaks to society at large; it has a tremendous message for the social situations and specific problems that Spanish society faces. Catholicism and Paganism have proved to have been void of a message for Spanish society.

Think also of the economic situation. A business man stated one aspect of the situation not long ago. This man, a business executive in a branch office of an international firm, said, “In our work we find that the foreign language we have to contend with most, and will increasingly have to deal with, is the Spanish language. If I were to attend school again, I would consider the study of the Spanish language and culture of greatest importance.” It is an inescapable fact that the Spanish-speaking part of the Americas is becoming an increasingly important economic factor in our present business world. Then, too, it is the Reformed witness that speaks sense to the business world. The Reformed witness is God’s message to the world at large. The Spanish business man needs it badly.

Then consider how the Spanish-speaking Americas are coming to the fore politically. The Roman Catholic Church, nationalism, communism and other such forces have been shaping politics in the Spanish-speaking countries of America. As a Reformed people, we should have removed the barrier before this, so that we could effectively communicate with and influence these people who are now in the throes of political transformations and adjustments. Our southern neighbors are groping desperately—while we retain God-given light behind the barrier existing between us.

The Spanish folk are awakening to the value of education for every sphere of life. Again, think of the wonderful opportunity to influence this mighty molding force of young lives.

(2) There is the psychological reason. We must break down the barrier between the Reformed world and the Spanish-speaking people in order that we as their fellow-creatures may learn to know and understand each other better. Let us not deceive ourselves. It is of basic importance that we learn a man’s language and a man’s way of life if we are to understand and aid him. A man’s language is a main road into his inner being, into his heart, his life. A man’s culture is the external manifestation of his inner life, his thoughts, his imaginations, in short, his whole person.

There is a barrier between the Reformed world in America and the Spanish-speaking world. Its existence is realized by a few. More of us are increasingly becoming aware of it, and are becoming concerned about it. But it is disheartening to see so little enthusiastic response by many Reformed leaders to the challenge in the South. Various reasons might be given. Many of the Reformed folk are of Dutch origin. The Spaniard made himself a hated man to the Dutch. But, surely, we may not let prejudices based on past history be a reason for maintaining this barrier.

There is another possible reason which can be applied equally to many other aspects of life. There is a lack of desire to be a channel of real spiritual, moral and material blessings to one’s fellowmen. Too many are concerned a bout self and their own pet projects. Could it be that our love for our God is so limited that our love for man is wholly self-centered? Greater devotion and consecration to the Lord are in order. We must cultivate a greater willingness to serve our fellowmen.

Another specific reason found in our own Reformed fellowship is in the educational realm. The barrier between us and the Spanish world continues to exist because our educators do not classify the Spanish language and culture as Classic. Anything non-classic should not be introduced in our high schools and colleges, we are told. It seems as if some educators, even Reformed educators, are so concerned about the classic past and the dead classic languages and the present intellectual discipline of the few who are exceptionally gifted that there is little or no place in their thinking for the actual situations and present needs of the entire present-day world in which we live and in which and to which we must speak. Granted, a disciplined intellect is of utmost importance for communication, but it is only one of the requirements. A real understanding of the world in which we live today and a mastery of the means of communication used today are equally important.

The barrier to the South is real. It must be dealt with by us if we are to be deserving of the names Christian and Reformed. Let us face the situation. Let us meet the challenge. By God’s grace and power and led by his Spirit, let us be up and doing!