The two denominations referred to in the heading of this article are the Christian Reformed Church and the group of Protestant Reformed churches (often called the Do Wolf group) which broke away from the denomination by that name which since 1925 has been headed by Rev. Herman Hoeksema.

For the benefit of those readers who are not affiliated with either of the two denominations mentioned, we stale that the Protestant Reformed Churches came into existence through their disagreement with the Christian Reformed Synod of 1924 when it adopted the Three Points of Common Grace. A few years ago a number of the churches belonging to the Protestant Reformed Churches were expected from that denomination because they could no longer agree with the doctrinal extremes of Rev. Herman Hoeksema and his followers.

A request to our Synod by the Synod of the expelled Protestant Reformed churches for the appointment of a committee to bring about closer contact between them and the Christian Reformed Church was granted. The Protestant Reformed Churches also appointed such a committee. The combined committee has met frequently and after many discussions prepared a joint report which reveals a remarkable convergence (toenadering is the word that has been used: a coming closer together) between the two sections of the committee on the doctrinal issues involved.

A study of the reports shows that I·he committee succeeded in attaining to a large measure of agreement on the points of doctrine that have been in dispute for over thirty years. Minor concessions were made by the Christian Reformed contingent in the joint committee. In regard to Point One of Common Grace, the Protestant Reformed members now agree that there is indeed a certain divine favor or grace which is shown to God’s creatures in general. The term “creatures” naturally includes all men, even those who die in sin and are ultimately lost.

One of the proofs in Point One for such a general favor of God was the free offer of grace to all who hear the gospel. The Christian Reformed men on the committee admitted that strictly speaking, this should not have been mentioned in the First Point; but they maintain and both sides admit that the Bible does teach that there is a sincere offer of salvation to all who hear the gospel. But there is as yet no agreement on the part of the Protestant Reformed brethren that this general offer of the gospel is a manifestation of God’s favorable attitude toward all men.

The Protestant Reformed brethren also accept the essence of Point Two; namely, that through the grace of God there is a restraint of sin in the hearts and lives of those who are not saved. They have also agreed to the Third Point in so far as it teaches that the unregenerate can perform civic good. They base this on II Kings 10:29,30 and Luke 6:33. It was admitted from our side that this civic or moral good (in distinction from spiritual good) is sinful in God’s sight in so far as it does not proceed from true faith and is not done according to God’s law an unto his glory.

Before we state our own reactions to the reports of the committee we shall quote from a recent issue of The Reformed Guardian, the attractive and readable organ of the Protestant Reformed Churches with which our Church has been communicating through its committee of contact.

The first article from which we quote is by Rev. Andrew Cammenga. Attention is called to the fact that the present is a time of crisis for the Protestant Reformed churches. Reference is made to proper and possible improper attitudes on the part of their people toward the movement for union with the Christian Reformed Church. 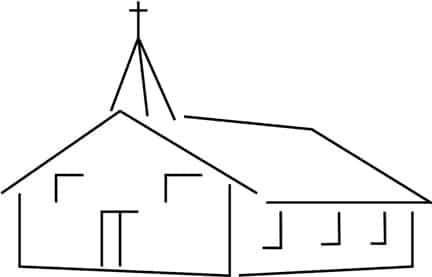 Another article in the same issue of The Reformed Guardian, dealing with the same question, is by Rev. J. De Jong. This writer too cautions his readers against wrong attitudes in the matter of possible union with the Christian Reformed Church. He calls attention to the fact that the reactions of the Protestant Reformed people will be determined to a large extent by the reception which the report of the Christian Reformed section of the committee of contact will receive at our Synod. He also urges the Protestant Reformed constituency to act unitedly in the matter when the time for action comes. We quote: ‘Whatever the final outcome, we must at almost any cost and consistent with Scriptural principles, avoid splintering. We cannot afford another split; nothing worthwhile would be left over.”

Another very significant article on the same subject in The Reformed Guardian of the same date (May 10) is by Rev. L. Doezema. Much emphasis is placed on the fact that the report of the Protestant Reformed section of the contact committee “shows a basic departure from our Protestant Reformed position.” The writer feels that this should he well understood by the members of their congregations. This does not mean that the Rev. Mr. Dozema is opposed to union or to the general tenor of the report. On the contrary, he states with great frankness that “Apart from the work of the committee, it has become clear that the Protestant Reformed position is untenable” (italics ours). Again: “I am convinced that the three points as such are not heretical. And I do not have any basic objection that warrants separate existence fro m the Christian Reformed Church. In fact, every reason to unite is being shown in God’s providence. How beneficial to us all if our Synod would approach the coming Christian Reformed S y nod with such a definite expression.” He adds in a following paragraph: “It may seem as if such a reversal is a self-destructive move. It is understandable how there may be disappointments in all of us about such a reversal. So much effort has gone into our churches, so much preaching and instruction, so man y prayers offered for our churches. Is that all in vain?” A very fitting answer is given to these questions: “On the contrary, we should not feel disappointed, neither that our existence has no purpose, nor that our existence as Christians whom the Lord has blessed with the faith that we shall forever remain a member of his Church, ceases. This is not a reversal from the Reformed faith….”

When this issue of TORCH AND TRUMP appears the Synods of the Christian Reformed Church and the Protestant Reformed Churches will have concluded their meetings. Any comment on our part might therefore seem to be useless. That would be the case if the issue of reunion or no reunion would be decided at the aforementioned Synods. Since that is out of the question and further conversations will be necessary, a discussion of the questions revolving around the doctrine and the issue concerned may be useful.

First of all, we feel that the two denominations concerned are making important history because of the method which they are pursuing in considering possible union. At the base of all the discussions between the representatives of both denominations lies the conviction that the only Scriptural way to church union is the way of the unity of the faith. External unity which has no basis in unity of doctrine is neither real nor enduring. It has no spiritual value. It will create tension and unrest or else breed doctrinal indifference.

Second, though apparently the most important doctrinal differences between the Christian Reformed Church and the Protestant Reformed Churches concerned have been resolved, at least one point of considerable weight remains unsettled; namely, whether the sincere offer of the gospel is a manifestation of the love and favor of God toward all who hear the gospel. If the offer of the gospel is not motivated by a favorable attitude of God toward mankind in general, we fail to see how we can really speak of a sincere offer. Our creed teaches that it is “acceptable” to God (in other words, pleasing) that “those who are called should come unto him” (Canons of Dart, III, IV, article 8). The call referred to here is not the internal call but the external call of the gospel, as the context clearly shows. This thought is in accord with the statement by Peter that God does “not wish that any should perish but that all should come to repentance” (II Peter 3:9b). The Bible also teaches that God pleads with sinners to come to rum (Isaiah 1:16); that he yearns for the wayward (Jeremiah 31:20, Hosea 11:8, 9); that the Lord sends out the emissaries of the gospel to invite men to the gospel feast. All such expressions imply that the Lord loves sinners, though he hates their sins. If this is not true, the offer of the gospel can hardly be called a sincere offer; it is nothing more than a presentation of the claims of God and a declaration that those who do not believe in Christ will perish in their sins. The gospel goes far beyond such a cold presentation. The heart of God is in that gospel. “God so loved the world that he gave his only begotten Son that whosoever believeth on him should not perish, but have eternal life.”

We trust that further discussion with the Protestant Reformed brethren will show that this difference can be cleared up and that there is misunderstanding rather than basic disagreement on this point.

Our third comment is that our Protestant Reformed brethren do well to give heed to the very pertinent remarks by the Rev. Mr. Cammenga regarding the problems which the Christian Reformed Church is facing. This Church is at the crossroads right now. It seems to us that a very important question which the Protestant Reformed brethren will consider is what disposition our Synod we make of the overtures pertaining to its mission policy with respect to Nigeria and particularly of those that deal with the question of the inspiration and infallibility of Scripture, We can think of no question which is more basic than the latter, for unless we maintain that the Bible is inFallible in all its parts we have begun to undermine the very foundation of all our doctrines. If I were a minister of the Protestant Reformed Churches it would make a world of difference to me what stand the Christian Reformed Church is going to take especially on this issue.

We hardly need to say that, as we see it, the Protestant Reformed churches, with their strong emphasis on theological conservatism, on the antithesis, and on the necessity of being Reformed would he a very welcome addition to the Christian Reformed Church.