Is anything wrong with all of this? The promised land into which we have crossed, flowing with rapid technological progress and endless consumer goods, seems like a splendid world, indeed. But is there an underside to the bewildering options before us? Does too much choice become unhealthy? Does choice ever become dangerous?

One theologian who thinks so is David Wells. “The stunning inventions of our time have come with a hidden cost,” writes the professor of theology at Gordon-Conwell Theological Seminary. “All this bounty means that we must pay a toll to enter the highway of modernity.”

In a recent trilogy of books, Wells explores the impact of modernity upon the church. In No Place for Truth (1993), he examines how the assumptions of modernity have eroded the church’s capacity to think theologically. In God in the Wasteland (1994), he argues that modernity has transformed the church’s doctrine of God by jettisoning His transcendence and distorting His immanence. Finally, in Losing Our Virtue (1998), he suggests how the church can recover its character and moral compass.

According to Wells, the ubiquity of choice is among the most profound characteristics of modern times. “Our most fundamental identities as men and women,” he writes, “are matters of choice and of construction.” Wells borrows from the thought of sociologist Peter Berger, who describes the modern condition as the “heretical imperative.” Playing on the root meaning of heresy (“to choose”), Berger says that in our age we have moved from fate or destiny to choice. 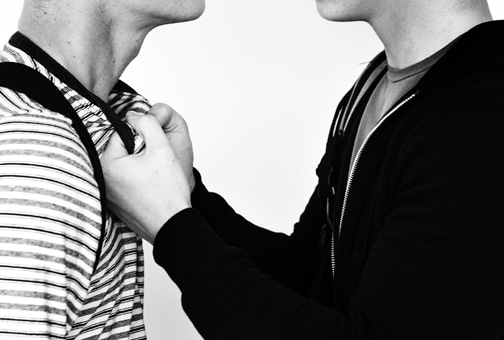 Simply put, we have choices to make where our ancestors did not. We choose our education, our profession, our spouses, our places to live. We even choose our religion from among many options. Berger’s point is not merely that we can choose these things, but that we must. Thus the heretical imperative.

THE DANGER OF CHOICE

The danger of choice is that it spills over beyond our selection of mutual funds and long-distance phone service. It fuels a restlessness and an acquisitiveness that challenge the traditional Christian understanding of patience, reflection, contentment and submission.

Consider, for example, how choice has altered the character of the workplace. Even our language of work has changed from “calling” to “career.” The word calling suggests that work entails finding one’s role in a community and performing that God-intended task for the common good. Career. on the other hand, implies that work is a means to the achievement of personal goals.

Marriage has also become a mechanism for self-fulfillment, so much so that secular marriage counselors are even suggesting that young couples begin to think in terms of “starter marriages,” just as they enter the real-estate market by purchasing “starter homes.” The reasoning is that the couple will be happier and their relationship healthier if they are liberated from the burden of imagining that their union should be permanent. Fulfillment is possible only when our obligations do not extend beyond our self-centered desires.

Similarly, we have turned our children into acquisitions. Modern technology has made a reality what the premodern mind could only imagine as an utter oxymoron: planned parenthood. And genetic engineering will soon manufacture for us the blond-haired, blue-eyed, designer children that we order. Still, as much as Americans love choice, it is equally clear that American consumers have been betrayed by choice. That is, the marketplace has failed to deliver on its promises. Ironically, it is in the context of choice that we speak so commonly of midlife crises and dysfunctional families, and that we see high divorce rates. Modernity has seduced us into exploiting the institutions of work and family to fuel the appetites of the self. but that appetite is impossible to satisfy.

THE SEDUCTION OF THE CHURCH

But we have yet to describe modernity’s deadliest effect which is the danger that choice presents to the church. Under the seduction of modernity, evangelicals have reengineered the church itself into a product that is marketed in order to secure “satisfied customers.”

Wells describes how modernity has changed the role of the pastor. We have abandoned the agrarian (and Biblical) metaphor of a shepherd and replaced it with the model of a corporate CEO. The successful pastor manages people and programs His study has been transformed into an office, and in that transformation the church has lost its capacity for theological reflection.

This is perhaps Wells’s most profound observation, and in this respect his work is an important updating of J. Gresham Machen’s Christianity and Liberalism. In that classic critique, Machen diagnosed the essence of liberalism as the primacy of experience. For the modernist, the historic creeds of the church were “merely the changing expression of Christian experience.” According to Christian orthodoxy, Machen countered, “Christianity was a way of life founded upon doctrine.” Thus, Machen concluded, orthodoxy and liberalism were entirely different religions. “Christianity is founded upon the Bible. It bases upon the Bible both its thinking and its life. Liberalism on the other hand is founded upon the shifting emotions of sinful men.”

American evangelicals generally followed Machen in his critique of liberalism. Throughout this century, evangelicals have steadfastly defended propositional truths founded upon an inerrant Bible. Yet, in the practice of their faith, Wells suggests, many evangelicals today have much in common with the liberalism that their parents and grandparents rejected. Ironically, Bible-believing evangelicals who claim full allegiance to the authority and inspiration of the Bible are living practically like their modernist opponents.

Wells stresses that the threat today is much more subtle. It is no longer modernism (a philosophical ideology), but modernity — the subtle and covert sociological fallout of living in modern times. Christian theology may not be directly compromised by the encounter with modernity (after all, the creed is still confessed in public worship), but under its influence the practice of the church is radically altered.

Modernity has pushed theologly to the margins of the church’s life. Theological reflection is largely absent, both from the pulpit and the pew. Therapy has replaced morality, and technique has replaced conviction. So, for example, debates over worship focus on “style,” with little attention being devoted to the theology of worship. “Being practical now substitutes for being theological,” Wells notes. “Stripped of doctrinal substance and rendered unreflective about and uncritical of the culture, theology now transforms ‘virtue’ into a set of everyday skills for finding success in a world of technology and affluence.”

The result for evangelicals, Wells concludes, is precisely what Machen saw happen with liberalism: “Evangelicals, no less than the Liberals before them whom they have always berated, have now abandoned doctrine in favor of ‘life.’” Just as experience triumphed in liberalism, so we see experience triumphing in evangelicalism. Theological reflection no longer guides evangelical worship. Instead, the norms of experience determine what is acceptable and appropriate in worship. And discipleship is commodified into fashion accessories, such as color-coordinated bracelets or fishes on cars.

Wells urges the church to resist modernity, just as Machen urged his generation to combat modernism. This requires that we worry less about the outside threat of “secular humanism” and pay more careful attention to the internal threat of victory for the church to defeat modernism, only to be devoured by modernity.

We must be more vigilant now than in the past, because modernity is so subtle. Modernism was overtly hostile to orthodox Christianity, and it arrogantly challenged belief in the God of the Bible. The marketplace that seduces contemporary Christians now, however, has the opposite effect. By reducing Christianity to a consumer product, it deceives us into thinking that Christian faith is easy.

In refashioning the church to make it user-friendly, we have encouraged the consumers of religion to tailor the Christian life according to their personal preferences. This designer spirituality stresses direct contact with God through personal experience, and downplays confessions, doctrine, and the institutional church itself. When salvation is attained through consumption, Christian discipleship is transformed from taking up a cross to achieving a certain lifestyle.

What can the church do? Critics have complained that Wells is short on solutions. But he is rightly suspicious of simplistic, technique-filled prescriptions, which themselves are an accommodation to modernity. Instead, Christians need to cultivate more discernment in recognizing how modernity tempts us to become worldly. Christians need to develop forms of discipleship that are capable of providing resistance. This will prove to be difficult, painful, and unpopular, because “the habits and appetites of modernity are more attractive than the sacrifice and discipline of orthodox faith.” Finally, we need to recover the doctrine of God and the doctrine of the church, and restore theology to its former role of shaping the practice of the church. Only then will we avoid trying to market the gospel. Wells concludes: “The fact is that while we may be able to market the church, we cannot market Christ, the gospel, Christian character, or meaning in life. The church can offer handy child care to weary parents, visual stimulation to a restless video generation, a feeling of family to the lonely and dispossessed and indeed lots of people come to church for these reasons.

But neither Christ nor His truth can be marketed by appealing to consumer interest, because the promise of all marketing is that the consumer’s need is sovereign, that the customer is always right. and this is precisely what the gospel insists cannot be the case.”

Mr. Muether is the librarian at Reformed Theological Seminary in Orlando, Florida and an elder in the Orthodox Presbljterian Church.

Reprinted from the New Horizons, July 1999.