After many years of struggle over the issue of women in church office, Synod 1994 of the Christian Reformed Church stated unequivocably that it is the clear teaching of Scripture that only men shall occupy the authoritative offices of minister and elder. They buttressed their position with ample evidence from Scripture. And, although there was an immediate rumble of dissatisfaction with synod’s decision, this magazine bore on the cover of its July-August issue the title, “Window of Opportunity.”

Predictably the next year brought counter challenges to the 1994 decision. But none of us as conservatives could have dreamed of the brutal and illegal action of Synod 1995 in which they ignored the decision of 1994, surreptitiously altering the Church Order, not by changing it as they should, but by adding a temporary supplement which contradicted the provision of the Church Order that only men may occupy the authoritative offices of the church. The result was that they reversed the 1994 decision illegally and rashly—not giving the church the prescribed time to prevent this move. The title of the 1995 editorial reflecting on the CRC synod of that year,was “Take It or Leave It.” It was the conviction of the editors that, in view of the anarchy which had prevailed at synod, overthrowing any semblance of covenant order in the church, we as conservatives had only two choices—to take it (submit and pay the bills) or leave it. Many concerned officebearers met for an InterClassical Conference in South Holland, IL in November of that year to issue a call to repentance and reversal of the action of Synod 1995.

Synod 1996 is now history. Not only did they ignore the pleas of the InterClassical Conference which had met in South Holland, November of 1995, but the decisive reaffirmed the decision of 1995 and declared three women candidates for the ministry in the CRC CONTRARY TO OUR OWN CHURCH ORDER WHICH STILL HAS NOT BEEN CHANGED, and WITHOUT EVEN DECLARING THE WORD “MALE” INOPERATIVE (supplement adopted in 1995), WITH NO BIBLICAL GROUNDS ATTACHED.

What now? In his new book, Cornelius Van Til: An Analysis of His Thought (p. 40), author John Frame states that Cornelius Van Til said many years ago that there are three stages in the reformation of the church: first, confrontation, second, consolidation and third, continuation of what was consolidated.

We believe that the first stage, confrontation, has been completed. It would be utterly foolish and fruitless to try to come to any subsequent synod trying to change the position on women in church office. That case is dosed. Other issues will and are already arising of course: the inerrancy of Scripture, gender inclusive language for God, Jesus Christ as the exclusive way of salvation, evolution, to say nothing about life issues such as homosexuality, abortion, euthanasia and others. But the battle for the clarity of Scripture and its authority to speak to these issues has been lost on the women in office issue. There are still some that disagree with this, but history will confirm it. And, while confrontation on other issues should occur, its outcome will be compromise at best. Contenders no longer have recourse to the Bible or the Church Order. We are already being told that the Bible is not clear on homosexuality. In this issue of The Outlook you will read a clever argument by Dr. Klaas Runia regarding a lack of clarity in the Scriptural presentation of Jesus Christ as THE ONLY way of salvation—and on and on.

Now we must consolidate. We want to call all those who feel betrayed by synod to consolidate. We will have another meeting of the Inter-Classical Conference in South Holland, IL in November. The agenda will be determined by an executive committee soon.

There are some observations which I would like to make. I have been a pastor in good and regular standing since October 1961. I have been a member of the CRC since birth. I made profession of faith in this church. This body has been my spiritual mother. I had deep affection for her. My wife and I and others have fought hard to preserve the faith, rooted in the Word of God, centered in Jesus Christ, expressed in the confessions. But what makes me feel so utterly betrayed now is that the majority has determined something to be right without compelling Biblical warrant. The majority can put into a supplement to Church Order Article 3a something which contradicts Article 3a without providing the church with any opportunity for ratification. We are betrayed because we are not playing on a level field. The majority gets its way. So, confrontation is over and we lost, not because we failed to debate properly, but because the notes were changed to give the other side the advantage. So the fight is over.

Who lost? Our children lost. The Reformed faith lost.

The future of the Reformed faith is bright, however. It might not flourish any longer in the CRC as it once did. But It will flourish. Those who have pledged their lives to uphold this faith are not I going to withdraw into a small hurt minority which licks its wounds. Not at all. We will hold forth the great truths of the Reformed faith, probably with others who share this great heritage. There are people who must hear the gospel. There are children and young people to be taught and inspired. We must get on with the Great Commission both in terms of the cultural mandate and the spread of the gospel. The work must be done. We are eager for it. 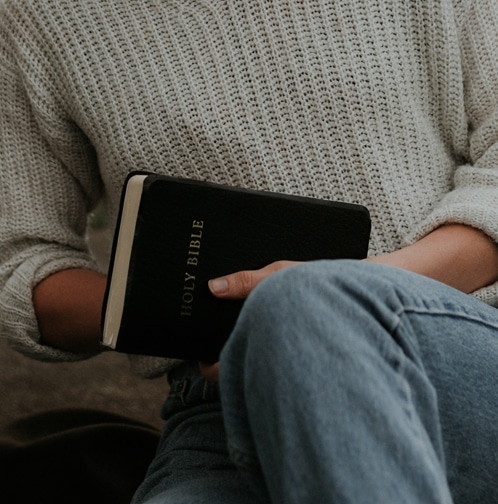