Do you have any idea how much you are under attack? If you call yourself a Christian, if you take the Bible seriously, and if you express your Biblical convictions in the public arena then that statement applies to you. Our enlightened culture, as defined and defended by the vast majority of the media and intellectual elitists, is gravely threatened by Neanderthal Bible thumpers who should, at best, keep their dangerous opinions within the confines of their own holy huddles. Just recently, Al Hunt of the Wall Street Journal decried the Christian agenda (read that as Bible-based morals and ethics) as “mean-spirited, intolerant, and out of the mainstream.”

In a recent fund-raising letter, Republican Governor Christine Todd Whitman referred to Christians as “the radical right” and a “vocal minority.” Why do we never hear of a “radical left”?

The latest salvo comes on the heels of the vicious, inexcusable murder of Matthew Shepard, a 21 year-old homosexual University of Wyoming student, which prompted Bill Clinton to ask for passage of federal legislation giving homosexuals the protection of hate-crime laws. 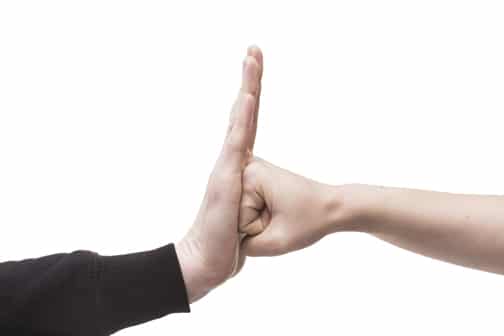 If you think that’s far-fetched, look again! In an October 14 editorial in the New York Times, Frank Rich virtually indicted men like Gary Bauer of the Family Research Council Dr. James Dobson of Focus on the Family, and Don Hodel of the Christian Coalition for sponsoring ads this past summer which told homosexuals that they could change by God’s grace. The ads were not condemnatory but hopeful, using the testimony of those who were formerly part of that lifestyle but by the power of the gospel, were now free.

Please understand that there is a very vocal group of fellow Americans who want Christians who are active in the marketplace of ideas and even politics to be silenced. Slander. innuendo, lies and distortions are all acceptable tactics. They have forgotten that Christians in this nation have been at the forefront of gracious deeds.

Thus, in San Francisco, the largest agency helping people with AIDS is Catholic Charities. As Chuck Colson pointed out, “The earliest opponents of slavery in the United States were Quakers, who operated an underground railroad to Canada. The record of Christian charity is so impressive that even John Dewey, one of the founders of modem humanism, praised believers for their social conscience.”

So don’t be ashamed of your Bible and the eternal truths presented therein. Ronald Reagan knew his history when he said, “Many of our great national leaders — among them Presidents Washington, Jackson, Lincoln and Wilson paid tribute to the surpaSSing influence of the Bible in our country’s development. In the words of President Jackson, the Bible is “the Rock on which our Republic rests.” That is a terribly frightening thought to some.

Finally, we all need to understand that the only poll worth watching is the one that will take place on upcoming elections. We are right in the middle of a desperate struggle for the soul of America. We will either begin turning this ship of state toward the purposes for which this nation was founded, or we will continue down a path of debauchery and destruction.

May God have great pity upon this country we all love so dearly.