Public education has come increasingly under scrutiny by the government, the news media, and the public herself. Interestingly, the voice criticizing the failures of public education is no longer just the heckling of religious groups or the wealthy that have placed their children in private schools. Recently, those living in economically depressed communities have joined the cry for quality education.

Parents in those communities are fed up with the hostile environment of public education, and its failure to provide quality education for their children in a safe environment. Even the National Education Association (NEA), one of the strongest unions in our country, has faced pressure and opposition from these low income communities who were once viewed as their loyal supporters. At last, parents in these communities have vocalized their concern: “We want a quality education for our children.”

This principle is so deeply emotional that it has caused cracks in the foundation of the bureaucratic NEA and its willing compliances: the federal, state, and local governments. After all, what parent, if asked, does not want quality education for their child? Hence, many parents have decided to act; they want a “choice” concerning where their children attend school. Many have taken ownership for their children’s education.

How Christians Have Responded

Meanwhile, as Christians applaud this recent attack upon public education, the question is: “What has the Christian community presented in its place?” Perhaps, a quick empirical glance reveals a strong reaction of unity by Christians. It has been observed that Christian education is booming in our day; Christian schools are starting everywhere. Many of them are beginning in churches and denominations that we, in the Reformed tradition, would never expect.

Indeed, Christian schools are emerging at an unprecedented rate in Lutheran churches, Assembly of God churches, Baptist churches, and in small, as well as large, nondenominational churches. Churches are adding to their existing buildings in order to create a Christian school, while others are buying old deserted buildings, fixing them up and starting a school. Some are buying and putting up pre-fab buildings. All such adventures are done with great sacrifice and energy for their children. From this consolidated effort to create Christian day schools in our nation, it would seem that the Christian community is pulling together—that the community is solidified as one body against those who continue to defend an archaic and dismal failing system of public education in this country. 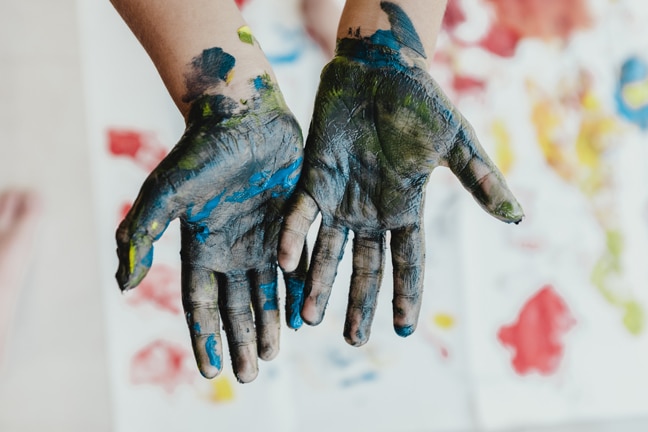 Perhaps, we can say that the unity of the Christian community is found in the purpose statement of these new emerging schools. These purpose statements seem to resemble the basic fundamentals of our Christian Faith which can unite a broad spectrum of evangelicals in a given community. If one is a student of church history, one will realize that those basic fundamentals embody the same agenda endorsed by conservatives Christians in the 1920s as they combated the secularization of American and ecclesiastical culture. Here is a sample of those fundamentals which seem to be part of many present Christian schools:

• The Bible is the holy, infallible Word of God.

• The creation of the universe and of man are a unique, fiat act of God’s creative activity—man being uniquely created in God’s image—not evolving from any lower life form.

• The Son of God, the Lord Jesus Christ, came into the world to save sinners through His atoning work on the cross. Hence, God raised Him from the dead. We believe in the bodily resurrection and that Christ will come again.

• In terms of Christian education: to train our children to make an impact in culture and society.

When you examine such a purpose statement, it appears that the Christian community is definitely united. Indeed, many seem to have the same concerns for Christian education: they want to accent the central truths of Scripture while not losing sight of the Christian tradition as they encourage their children to be transforming agents in a secular world. The purpose is clear, the mission is clear, and the goal is clear. Herein, the evangelical community seems to present a solid front by which she confronts the secular world in which she lives. But the question that I would ask is this: but does she present a united and solid front?

Let me place before you some examples:

• Is there a common consent concerning church government? Various forms of church government are evident in evangelical churches, from hierarchical to Presbyterian as well as congregational.

• Is there common consent concerning the doctrine of salvation? Most evangelical churches are Arminian and not Reformed with respect to the doctrines of soteriology.

• Is there common consent concerning how we are to worship God? Many evangelical churches couch worship in the contemporary context in order to appeal to a technological culture, whereas others attempt to maintain a semblance to the Protestant Reformation’s view of worship (whether Lutheran or Reformed).

In light of these differences, I think it is fair to say that the broad evangelical community does not have unity; rather, it exists in diversity as reflected in the various denominations as well as non-denominational churches that continue to survive.

Perhaps, there is a deeper explanation for the diversity within the broad evangelical community. It seems to me that we need to observe the depth of the secular American spirit of individuality, autonomy, and personal freedom that is reflected in most evangelical families. Specifically, evangelical families love, treasure, guard, and worship our social and cultural freedom. As Americans, evangelicals maintain that they can believe and act in the way they feel fit; that no one is permitted to tell them what to believe, or how they are to live.

Moreover, no one can tell them how to raise their children, nor can anyone tell them what teaching they can or cannot place before their children. (If you wish to question my analysis about the sanctimonious freedom of the Christian family, then ask yourself how serious ecclesiastical discipline exists in evangelical churches. Besides the fear and hesitation of losing numerical members, those who may need to be confronted about discipline claim that their personal life is no business of the church; their life is a private manner before God).

If you stand in the historic Reformed tradition and you are fascinated with American evangelicalism, let me suggest that you need to control your enthusiasm. The present evangelical community is a marriage between the American ethos and carefully chosen fundamentals of the Christian religion.

This marriage employs a Biblical hermeneutic which freely chooses what it believes to be the essential universal truths of the Christian faith while minimizing or dissolving any teaching they find to be divisive of their vision of Christian unity. A pragmatic philosophy of success underlies how they view Christianity.

Ironically, instead of unity, their pragmatic vision gives birth to as many pictures of Christian education as there seems to be churches, or even individuals. Just like any American, it seems that every particular view of Christian education has their own angle or perspective on the truth, and hence, since we are dealing with religious convictions, everybody believes that they are in tune with their own subjective “special” revelation from God that leads them to implement their vision. In my judgment, the broad evangelical community is in a mess!