Increasingly, Reformed education resembles an affinity to evangelical Christianity, and in some ways, to the secular world. The spirit of independence, autonomy, power, and pragmatic ethical integrity are ripping into the soul of the Reformed educational community.

I believe that Reformed educators need to address whether they really wish to be different and distinct anymore. Perhaps, this question revolves around our own identity crisis! Do we really want to embrace the Reformed tradition in our Christian education? During my years in Christian education, I have served on Education Committees of two different school boards which held to the Reformed Confessions as their doctrinal standards. On both boards, I participated in tense discussions with administrators and fellow board members who wished that the school would be more evangelical than Reformed. The reasons for such a sentiment ranged from the perception that the Reformed Confessions are too narrow to include the broader Christian community, and that the school can be better served financially if she opens her doors to a larger constituency.

In my experience, it is not unusual for Reformed Confessional schools which have had a long history in a given community to begin taking on the appearance of being embarrassed for their Reformed convictions.

Increasingly, many wish to distance themselves from what they have perceived to be a ridged and narrow perspective concerning the Christian faith. A modern view of “tolerance” becomes their principle of religious authority to guide their new educational philosophy. 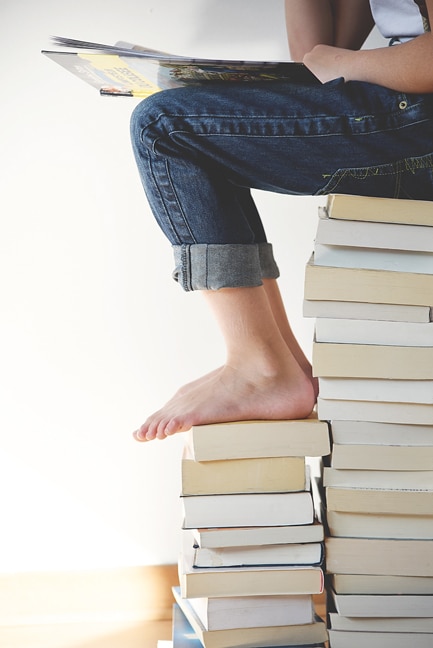 In contrast to the evangelical spirit gripping Reformed education, there has also emerged a progressive, as well as an aggressive, agenda which interacts, in most cases without much discretion, with modern and post-modern life. In this context we are witnessing an increasing number of Reformed educational institutions which seem to resemble the left wing of the political, economic, social, and pluralistic conceptions of American cultural life (e.g. the enlightenment law of tolerance, modern egalitarianism and its comrades of feminism and homosexual rights, a “Christian socialism,” and a strong environmentalism).

This educational model is shaped by a transformational or what is sometimes referred to a reformational view of the kingdom of God which will restore the literal creation to the original intent of the Creator.

Two different schools of neo-Calvinism dominate this particular model of creational and cultural restoration: the shalom school and the creation-order school. Although the method to achieve their goal is different, both schools understand the goal to be political, economic, and social justice for all God’s oppressed people in the world. One can achieve this goal by educating the students for shalom (peace), or one can achieve this goal by educating the students to reclaim all creational norms for Jesus Christ.1 Upon a close examination of these two schools of thought, one will find certain alarming resemblances to the continental and English-American social gospel of the nineteenth and twentieth centuries.

The present Reformed identity crisis in Christian education does not end with Reformed educators embarking the evangelical spirit, or on the other side of the spectrum, Reformed educators accommodating themselves to cultural modernity. There is one other group yet to be mentioned.

In reaction to the bureaucratic power of the NEA and the government, the evangelical models of Christian education, and the left wing of culturally progressive Reformed education, there is a growing movement to address this educational mess by returning to a classical model of education (Greek and Roman models) draped in the historic Reformed tradition.

The classical model contends that the answer to the difficulties in American as well as Christian education lies in reviving the Gospel in the context of Greek and Roman antiquity. In a unique blend of studying the works of Greek and Roman antiquity as well as the Gospel, the student is brought into contact with the circumstances in which the Gospel transformed the political and cultural landscape of the western world. After all, the advocates of classical Christian education seem to maintain that the early church provides us with an example of transforming our world. If they could do it, then we can do it today. More specifically, if the Christian church could transform Plato, Aristotle, and Cicero, then it can transform the thought of Darwin, Freud, and Marx.

However, as their ideal is placed before their students, there seems to be much to be learned and endorsed within classicism as opposed to modern thought. In other words, there is a reason that the movement understands itself as classical Christian education. It is definitely befriending the world of antiquity more than the modern world. In my mind, this creates a serious problem! I thought that Cornelius Van Til taught us that classical thought is the root of all pagan western thought, and therefore, classical thought is no friend of Reformed Christianity. In fact, it is our serious intellectual enemy! By reminding us of Van Til’s position with regard to Greek and Roman thought, I am not endorsing that Christians should not read the classics; rather, we need to be reminded that classical thought is as pagan and mythological as anything that has emerged in our own day. In light of Van Til’s directive to critique all systems of thought by the self-attesting Christ of Scripture, it seems to me that little discernment has been exercised in the Reformed classical educational movement to conform all knowledge to the Christ of the Bible. Rather, one foot is in the classical world, and one foot is in the Bible.

These various Reformed models on Christian education are not the sole problem confronting the present landscape. As these various Reformed perspectives attempt to resolve the educational chaos in this country and present their own model of educational identity, one should not overlook that political posturing raises its ugly head. What do I mean by political posturing? I am speaking about a pragmatic ethic in which Boards, administrators, and faculty will operate by an ethic driven by success, visibility, and honor for the sake of the institution itself. Perception, perspective and vision become the law within the institution, even to the degree of deception and manipulation for the sake of the institution or for the sake of power by certain individuals in the institution.

In light of sin, one of the serious areas of fragmenting Reformed education is men and women who control the life of the institution for the sake of their own personal agenda, prestige, and ego! It is exactly within this context that deception and manipulation are employed; those who press themselves to the position of control demand that everybody and everything be viewed through their lenses. Such individuals are so manipulative that Biblical revelation itself can only be understood through the lenses of their agenda as the Bible is employed to defend and justify any request they make or action that they take.

But there is a serious problem here; in many cases, they employ the Bible to defend their world of power. Those who are perceptive in such a situation come to realize that the real issue is not the Bible, but the real issue is the person(s) who exercise power! Let us not be deceived, there is no respecter of persons in this pragmatic model; Christian educational institutions which are liberal, moderate, and conservative all show evidence of this.

For example, it is not uncommon for those who push themselves to the forefront to control the agenda, vision, teaching, discipline, and life of their constituents. They will request your mind, your social habits, your behavioral attitudes, and your entertainment. In this context, their dictatorial tendencies show their colors and they couch their actions of control in deception and secrecy for the “name” of the institution. Beware of those who tell you that all their actions must be kept secret for the sake of the institution; it is wise to ask yourself, “What are they trying to hide?” Usually, they are attempting to hide something that may be devious. Simply put, watch out for self-appointed popes—even within the Reformed community! We have too many of them! For example, here is a helpful prescription for analyzing leadership; it is the movement in the man, not the man moving the movement. Think about Abraham, Moses, and Paul in this regard; God’s grace and sovereign hand shaped these Biblical saints into leaders. None of them sought to be a leader or pronounced themselves as a leader. Rather, in correspondence to the humility of God’s character, God moved their humble and unassuming character in spite of their resistance against Him to lead.

1. For a more detailed analysis of these two schools of thought, one should consult William D. Dennison, “Dutch Neo-Calvinism and the Roots of Transformation: An Introductory Essay,” Journal of Evangelical Theological Society (June, 1999) 271–291.