In 1957 two major denominations made sharp attacks against Christian schools. The General Assembly of the Presbyterian Church in the U.S.A. adopted an 11,000-word document which now stands as its official statement on this subject. The Synod of the Reformed Church in America, although not adopting a report of its Board of Education on this matter, did direct that the report ‘“be sent to every pastor in the church for reading, reference, and study.” It would be worthwhile to evaluate each report and compare them, but for the present we will examine only one, that of the Reformed Church, since we are more closely involved with this denomination.1 We will present only some of its major reasons for opposing Christian schools.

1. One of the report’s chief arguments is that public education is not “God-less” (p. 11).

A careful analysis, however, would reveal the contrary. It is true that some states permit and require the reading of the Bible, as the report suggests. But that is to be done without comment and in some cases without the modulation of the voice (if that is possible!). Surely two minute, of Bible reading do not make the education of the whole school day Christian. It is also to be admitted that there are many devoted Christian teachers in the public school system who set fine examples for the children. But it still is a fact that the law forbids any teacher, whether Jewish or Roman Catholic or Reformed, to integrate the daily subjects with their concept of God and religion. For to do so might offend a pupil of another or no religion. To use the language of this report, “The school must respect the individual conscience and faith of each child, not forcing upon him beliefs which are offensive to his parents.” In other words, it is not possible for the teacher to teach that Father, Son, and Holy Spirit are God, or that they created the world out of nothing, Or that they caused the whole human race to descend from Adam, or that all of our ignorance, sorrow, pain, suffering, and violence are due to Adam’s sin, or that the ultimate answers to deep-seated problems in history, economics, civics, literature, etc., are to be found only in the Bible. No, to do so would be “to force upon the pupil beliefs which are offensive to his parents.” Therefore, according to the ideals of this report itself, public education must not contain any teaching about the Reformed and Biblical conception of God. This is just another way of saying that it must be God-less and Christ-less.

2. The writers of this document feel somewhat the truth of the charge that public education is secular and Godless, for they spend some time trying to show how they think it is possible to combine religion with public school education (pp. 11–14). Their solution is to teach “objectively” “about religion.”

What an affront to God! To present the Father, Son, and Holy Spirit as one of many possibilities next to the atheistic or Unitarian or Jewish conception of God; to present atheistic evolutionism on the same par with Christian creationism! There is only one God, and one correct answer to the evaluation of evolution, Marxism, revolutions, the American Revolution, the Civil War, capital punishment, private property, Milton’s poetry, and a host of other matters that are raised daily in the classroom. And the sovereign God demands that he and his infallible guide, the Bible, be not presented as one of many solutions to these innumerable problems, but as the only solution. Anything less is an affront to him and his revelation. 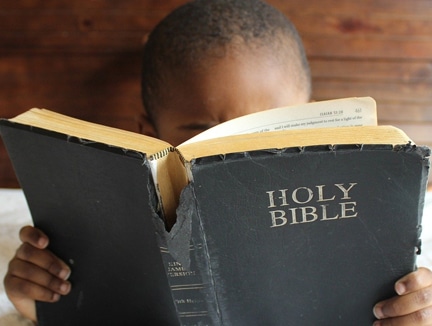 3. This report repeats a favorite argument of the secularists when it says that Christian and private schools would foster divisiveness in our democracy and jeopardize the unity of the American melting pot.

It is true that a Christian education will teach the child that Christianity alone is true, that Jesus is the only name under heaven whereby men can be saved, that the Bible alone has the final and true answer to the basic issues of life, that there is an infinity of difference between the thinking of the Christian and non-Christian, since one is directed toward the only true God and the other away from it. It is true that Christianity will cause some divisiveness, just as churches do, and just as Jesus intimated when he said: “I came not to bring peace, but the sword.” But this type of divisiveness is essential. The Christian may never pretend that Christianity is not absolute in its answers even if the Jew or atheist or secularist is offended. We may not compromise the truth for the sake of the melting pot. Before we do that, may the melting pot melt! We would not think of compromising our churches for the sake of unity by forcing a united church. Neither must we do it in the case of education, whose goal is to teach the truth, the whole truth, and nothing but the truth.

4. One of the most amazing arguments used in this document rests on the false thesis that Christian school adherents believe that. Christian schools are essential for salvation. Having sel up that straw man, this document proceeds to attack it. It says: “The question at this point is not whether parochial education may be helpful, but whether it is essential. And this, we must utterly repudiate…” “Our Reformed theology absolutely forbids us to say: ‘Unless you send your child to a parochial school he cannot be saved.’”

Not only is this a caricature of the Christian school position, it is the diametric opposite. Nothing could be further from the truth. The purpose of Christian schools is not that the children should not away from the world, but precisely the contrary: that they may go into the world. Its goal is to equip innocent babes in Christ with an armor and sword so that with the Word of God they can take the offensive and make conquests for the kingdom. The Christian school knows that our strength in going into the world is not to be found in ourselves apart from God, in the power of the unregenerate mind, in the so-called “neutral” education of public schools, where the instruction is independent from God and the Bible. Rather, it knows that our power in conquering this world is in God and his revelation, the Bible. Therefore the Christian school attempts to give its covenant children the only armor with which it can defend itself against the wiles of the devil and by which it can master the world. Its goal is not to flee the world, but to go into the world with the best equipment possible: the Word of God applied to every realm of life.

6. The most fundamental error that seems to underlie this whole report is its assumption that there are “large areas of common inheritance” between the Christian and non-Christian (p. 34). While the report pays lip service to a “qualitative difference between the Christian and non-Christian world view and philosophy of life,” it negates this to a great extent when it makes the amazing assertion that “even in the area of interpretation and value judgment, there is the entire inheritance of western civilization, which is ours in the American Republic, with its emphasis on the Fatherhood of God, the value of the human personality made in the image of God, the quest for truth, the dignity of the human conscience, and the validity of the moral law” (p. 34).

If ever the difference between the Christian and non-Christian reveals itself, it is in this area of interpretation. It is only out of the utmost naivete that one can assert that the interpretation of the Fatherhood of God is an inheritance common to the Christian and non-Christian. To be sure the Modernist believes in the Fatherhood of God, and the Bible-believer uses the same term. Yes, both have the same term in common. But for the one the term is a symbol for the attitude of God toward all men regardless of their sin or their acceptance of Jesus as their Savior. For the Bible-believer, however, the term is a symbol for the attitude of God toward only those who have renounced their sin and accepted the substitutionary sacrifice of the second Person of the Godhead for themselves. There is no common inheritance at all, but a chasm that separates the two. Differences precisely as great can also be shown for each of these other examples that the report has given and which we quoted above. Thus there is no common idea between the believer and unbeliever on such matters as the Fatherhood of God and the validity of the moral law. To say that there is is to make an abstraction of these terms, focusing the attention on mere vocabulary symbols -words -and to ignore the light-dark difference between the Christian and non-Christian interpretation of these words.

If there were an agreement between the re-generate and un-regenerate in areas of “general education” and this “entire inheritance of western civilization,” then the thesis of this report might have some validity. But there is no agreement. The public schools purposely leave out God, the Bible, and the Christian interpretation from education so as not to offend the neighbor. This may not be done. We are not to confine God to Sunday School, church, or a few hours at the home. Our sovereign God demands that we boldly and frankly confess him in all of life, that we teach our children that nothing can be truly understood apart from his revelation, the Bible. He says: “I want your church, your home, but also the school. I want those crucial character—and mind-forming years of your children, when their thoughts are being molded by their teachers. All is mine. Church and home—yes. But also the school. Not a part, but the whole.”

For the above-enumerated reasons, we believe that it is not Biblical to follow the advice of this report by putting Christ only in home and church instruction, but taking him out of the school curriculum. Instead of a God-less, Christ-less, and Bibleless instruction, all of education should be God-centered, Christ-centered, and Bible-centered.