God Speaks Through His Prophet Jesus; Jesus Heard the Father; Jesus Reveals the Father; We Confess Jesus Christ Our Prophet

On September 11, when the airplanes struck the two towers and the Pentagon, the nation waited to hear from the president. We had seen what happened in New York, in Pennsylvania, and in Washington D.C., but we needed to hear from our leader, to be reassured, to be calmed, to be given direction for how we would respond. That word came. So it is in any tragedy, whether wars or floods or hurricanes, we await the news briefing from our leaders because we expect them to have better knowledge of the situation, a grasp on the real issues, a plan to move forward. We need to hear from them.

How much more is this true in our spiritual struggle? We need to hear from God. Before his rebellion against God, Adam would fellowship with God. He had ready access to God. He could hear from God.  After Adam’s fall into sin, the fellowship and communication was broken. There was no open relationship; there would be no words from God in the way it came before: God walking with man in the cool of the day. Still, after the fall, we need to hear from God—even more now because of our sin. A great tragedy has occurred; a war has started and we are on the front lines. We must hear from God about the situation. We must hear about His plan for defeating our enemies: sin, Satan, and death. We need to have revealed to us the secret counsel and will of God for our deliverance.

That is where the prophet comes in. A prophet was one who was chosen by God to hear the counsel of God for His people. He would then deliver God’s words to God’s people. Both steps were necessary. The first step was being the one to whom God revealed His will.

The second step was to reveal God’s will to God’s people. There were many false prophets in the history of the church, those who claimed to speak from God, but they were false because God had not revealed to them His words, had not brought them into His council.

God’s church needs true prophets. God, in His grace, supplied them. Adam and Eve’s son, Abel, was a prophet, the first prophet after the fall into sin, as Jesus instructs us in Luke 11. God continued to send His servants the prophets, delivering His Word to the church through them.

However, with Moses God set a new standard in delivering His Word. With other prophets, God revealed His will in visions and dreams, but with Moses God spoke “face to face,” clearly and not in riddles. Yet even Moses had a barrier between him and God. Moses was a faithful servant in God’s house, serving God by hearing and revealing God’s will, but Moses was a sinner; still more, Moses was human.  Although he encountered God as much as a sinful human could, even Moses could not bear the full presence of God and live.

We need a greater prophet than Moses. We need a prophet who will perfectly reveal to us the secret counsel and will of God. Moses did not deliver the final word from God, but Moses prophesied that another prophet would be sent. Jesus is the fulfillment of this prophecy; Jesus is the Christ, the anointed one, our chief prophet and teacher, the One upon whom all the other prophets of God are patterned.

Jesus said in John 15:15, “Everything that I learned from my Father I have made known to you.” What Jesus literally said was everything that He heard—not “learned” but “heard”—from His Father He made known to the disciples. Jesus heard from His Father a message for the church. Jesus was in God’s council, and He heard what God said in that heavenly council. He qualifies as a prophet.

Jesus did not hear God’s words as a mere human prophet heard it. Jesus did not need to be elevated into the council of God, but, as John 1 makes clear, Jesus is the only begotten Son of God. Jesus did not need to be caught up by the Holy Spirit into God’s presence as Abel or Moses or Elijah needed to be, for He exists there. From eternity past through eternity future, Jesus is in God’s council, for Jesus is God; therefore, He is in God’s council naturally, always, fully.

Sometimes when we receive instruction, it needs to be repeated.  We do not hear exactly what was said. Not so with the Son of God.  Jesus is the Son of God; Jesus is God the Son; Jesus is God. Therefore, He hears perfectly and fully God’s secret counsel and will for our deliverance.  Rest assured that the message Jesus brings is a true and faithful message from God. We do not need someone else to correct what Jesus tells us.

Rest assured that the message Jesus brings is the full and complete message from God concerning our deliverance. There is no need to add to Jesus’ message, not from Mohammed or any others. Jesus is the prophet beyond compare, for He is God Himself. Jesus heard the Father.

Since Jesus is God the Son, He reveals perfectly what He has heard. There is no loss in transmission. Therefore, with Jesus we have the full knowledge of God’s counsel and will for our deliverance, and that full knowledge has been revealed to us. Think of the great blessing we have that Jesus perfectly reveals to us God’s counsel and will. We do not have to travel far distances to consult a holy man, as some religions expect; we do not have to pay an institution increasingly large amounts of money to gain access to the next level of hidden knowledge, as some religions require. Such religions are false and do not have the true message that Jesus reveals to us. God does not conceal His plans for our deliverance as an army might try to conceal its plans from the enemy. It is all out in the open. All that God intends for mankind to know about our deliverance has been perfectly revealed to us by Jesus, our chief prophet. All you need is a Bible.

While there is no more direct revelation given from Jesus by His Holy Spirit, the Father and Jesus send the Spirit to cause us to grasp, receive, and trust what has been written in the Bible. That is why we say Jesus perfectly reveals—using the present tense—not because there is more revelation, but because there is still illumination. Illumination is when God’s Spirit opens our understanding to His words so that what was not understood becomes understood. Many of us have experienced this; we read a passage again and again; perhaps we hear a sermon on it or we have been meditating upon it. Suddenly we gain fresh understanding or application of that passage. Such is not new revelation; it is illumination. In that way, Jesus reveals to us the secret counsel and will of God for our deliverance today, not with new revelation, but by illumining our minds and hearts to His word.

The Word of God tells us about our deliverance from sin. The Bible tells us that God sent Jesus to take upon Himself our sin, the punishment due us, and how Jesus offered His life in our place so that those who trust in Him would be forgiven of their sins. This is how we are reconciled to God. We are told the gospel of Jesus. Here is hope; here is the real solution, in the midst of sin, suffering, and death.

In Matthew 10:32–33, Jesus exhorts us to confess Him before men. Jesus is not only speaking about confessing Him in the assembly of the saints. Certainly, that is one place we are to confess Him, but it is especially confessing Him before those who do not confess Jesus.  By the Holy Spirit, Jesus illumines His people to receive, understand, and believe His prophecy that He received from His Father.  Even more, by faith we are members of Christ and so share in His anointing. Each true believer has been caught up into God’s council, not by a vision or a dream, but by the Holy Spirit through faith uniting him to Jesus, who is now seated at the Father’s right hand.

All true believers are appointed to speak this doctrine about Jesus to the world. We are to confess His name. That means that you claim Jesus as your Lord and Savior. It means that you align yourself with Him, that you seek to follow Him in every area of your life. It means that you speak to others about Him, in the political realm, in the family realm, everywhere. When a question comes about what is right or wrong, when you have to render a decision, confessing Jesus means that you make a stand on the truth of Christ. You do not go with the opinions of man. You do not make decisions based upon what is expedient, what is practical. You confess Jesus. It is He who perfectly reveals the secret counsel and will of God for our deliverance; it is in Jesus alone that true salvation is found.

We are to confess Jesus in the midst of unbelief in the world, in the secular universities, to the skeptics. There is nothing else that will remove their unbelief. The Holy Spirit uses the Word of God to work in the lives of people. God speaks through His prophet Jesus, and Jesus has commissioned you to confess His name. 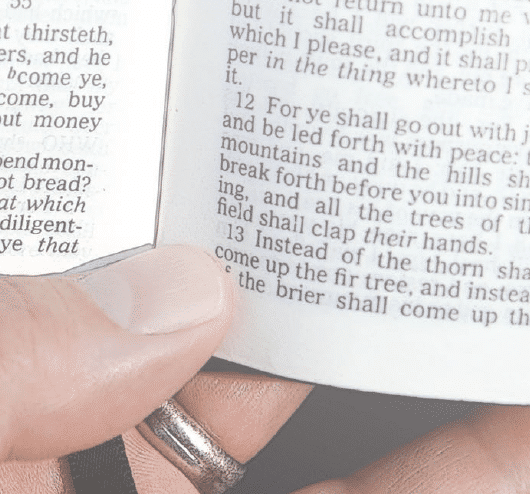