Christ For Russia/Ukraine is an incorporated organization raised up for the purpose of bringing the gospel of Jesus Christ to the people of the Commonwealth of Independent States (C.S.I.), the former Soviet Union. The methods and goals of Christ For Russia/Ukraine are specifically educational, that is to say, it does not get directly involved in grass roots evangelism, church planting, and ecclesiastical organizational activities. Rather, it seeks to support presently operating Bible institutes and other training centers. It primarily hopes to raise up distinctive Reformed and Presbyterian educational institutions: Bible institutes, seminaries, and a theological graduate center.

The work of Christ for Russia/Ukraine got its impetus to initiate its program from the many responses the Back To God Hour received to its Russian program, “Return to God.” In the January 1996 Prayer Guide, prepared by the Christian Reformed Church’s denominational office, it is stated, “An estimated 60 million people make up the potential audience for the Back To God Hour Russian television. Viewers who respond are from all walks of life. Many of these people make requests for assistance in growing and maturing in their Christian life.” 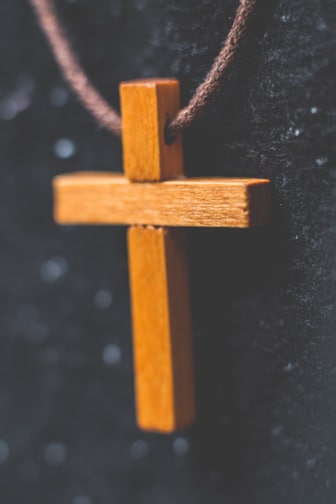 Dr. Joel Nederhood, for years the Back To God Hour minister, was asked by Rev. Nick Vogelzang, who has labored in Christ’s church for most of his adult life, why the Back to God Hour did not follow up its broadcasts with solid Biblical Reformed teaching? Dr. Nederhood then challenged Rev. Vogelzang to do something about this educational followup. The challenge was taken seriously. Christ For Russia/Ukraine was organized and administered for a number of years by a board in Denver, Colorado. Rev. Vogelzang served as the executive director.

In November 1995 Rev. Vogelzang, who with his wife, Eleanor had directed the work of Christ For Russia for five years, took emeritus status. He is still serving with the western regional committee.

In November 1995 I accepted the responsibility of leadership, being elected President by the board of directors. We (I and my beloved life-long companion, Harriet) join with David and Rebecca Ludwick, (Executive Director and Executive Secretary, respectfully) as part of Christ for Russia/Ukraine’s Executive Committee which oversees the four newly formed regions. The rapid growth of Christ For Russia is evident in the expanded representation in its leadership. At least six Reformed denominations are represented: CRC, PCA, OPC, EPC, ARP—and soon we hope to reach the several other Reformed denominations through liaison.

But internal expansion is only part of the picture. Contacts are not only being made with Russia and the Ukraine, but with Uzbekistan, Kazakhstan, Hungary and wherever else God leads. We are asking aU who have knowledge of need to contact Christ for Russia/Ukraine.

A teaching team left for Donetsk in the Ukraine in April. Rev. James Bultman (again) and Rev. William Renkema are teaching Old and New Testament Introduction—48 semester hours of class (8 hours per day, 5 days per week!), plus preaching, tutoring, mentoring, and discipline of the students and God’s people nearby. The local churches of these men share in supporting their ministry in the Donetsk Regional Bible College. The work there is one of supplying teachers, scholarships, lecturers’ expenses/stipends, housing and text allowance, library resources and Reformed theological literature translated into Russian.

It is the philosophy of ministry of Christ for Russia that:

All things that are, are by the grace and power of God and for His glory;  man lives and moves and has his being, made in the image of God and all by His grace;  man in his fallen estate of sin and misery is in need of redemption, adoption, and sanctification by the choice of God the Father, through the birth, life, death, and resurrection of God the Son, and the effectual application thereof by God the Holy Spirit as only the Triune God of the Scriptures of the Old and New Testaments can do; the Triune God has sovereignly done these things by His grace and power alone for and to His chosen people; one of the effectual means of that grace is the preaching and teaching of the WORD of God.

To these ends and by these means, Christ for Russia/Ukraine, Inc. will endeavor to procure the prayers, resources and financial support necessary to continue to develop this work wherever He leads.

We would entreat all who read this to join us in prayer and praise for the work now underway; the library resources and the ongoing work of selecting, translating, publishing/distributing of Reformed literature. We will cooperate with the work done by the World Literature Ministries. Give praise and pray for God’s people being prepared, educated, trained and equipped to be pastors, teachers and lay leaders, and for taking this most necessary step after their evangelization and church planting. Pray for men and women to be raised up with the resources to share in the blessing of seeing this part of His kingdom being ushered in.