We are in the fight of our lives. Daily you can tune in to the skirmishes as they unfold on CNN or CNBC.you can watch the debates on C-SPAN. You can hear the crack or idealogical canon fire on “Crossfire,” and you can al­most see the soul of America shriveling up like cellophane on hot coals.

No less than the future direction of this land is at stake. We have jettisoned the moral and philosophical ballast that has kept this ship of state righted and we are now floundering badly. Case in point is an embattled president.

You see, what a man does or refrains from doing behind closed doors reveals what he is in his heart. When Joseph of Genesis fame refused to be seduced by Potiphar’s wife, he spoke volumes about the kind of person he was and thus how he would eventually rule as the prime minister of Egypt. His character was evidence of the religious, philosophical and moral underpinnings that were the tracks upon which his life, both public and private, would traverse. 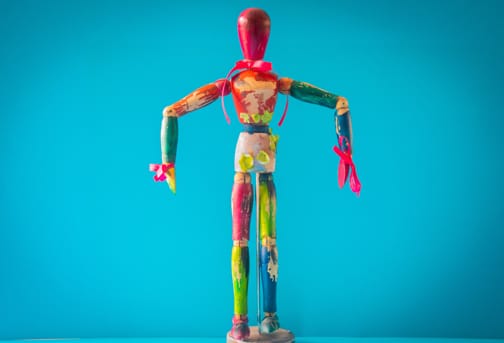 When a leader has to reach deep inside to make that diffi­cult decision that may mean his ruin if things don’t go well (or make less money) what will move him to make the tough call versus the expedient one? It will be the bedrock prin­ciples by which he has lived his life He won’t change in mid­stream unless there is some transformation such as a spiri­tual rebirth in Christ.

For instance, George Washington Carver, a former slave was a devout Christian and a man of insatiable curiosity. He wanted to know all that he could know about all that His Fa­ther in heaven had created.

He tells the story of the time when he asked God to reveal to him the wonders of the universe. He said, “God told me that was just too much for me to comprehend, so I asked Him if he would reveal to me the wonders of this world, but that too was beyond me. So I said, ‘Lord, what about the peanut? Would you show me all the wonders of just the pea­nut. Surely I could grasp that with my peanut brain.’”

God answered Carver’s prayer for he discovered more than 300 uses for the peanut, including face powder, printers ink and a milk substitute. Then it happened. His brilliance and success became known to Henry Ford who offered him a po­sition with the Ford Motor Co., making 10 times what he made as a teacher at the all-black Tuskegee Institute in Alabama. He made less than $10,000 at Tuskegee but would earn in excess of $ 100,000 with Ford, and that was at a time when you could keep most of what you earned.

Washington turned the offer down ­not once, but twice. Why? Because he believed God had given him a higher call­ing in the education of African-American youth, and to ac­cept Mr. Ford’s offer would be a devotion!

Oh, that we had men like George Washington Carver in Wash­ington. Oh, that we had a nation that would value such men, but alas, the polls tell us that the president’s unfaithfulness and violation of his marital vows is his business alone. I beg to differ because his private decisions mold the character out of which his public policies are born Men and women of charac­ter are not born—they are developed, one decision at a time.

When we cease to value leaders with strong character based on the moral laws of God (ie, the Ten Commandments) then we cease to be a nation that will stand strong when things like sacrifice, courage, selflessness and moral fiber are needed in the time of crisis.