“Do not I hate them, O Jehovah, that hate thee? And am I not grieved with those that rise up against thee? I hate them with perfect hatred; They are become mine enemies” (Psalm 139:21 ,22).

The imprecatory passages in Holy Scripture, such as the one above taken from Psalm 139, seem to raise questions in the minds of some Bible readers. To be sure, the underlying Scriptural theme of love appears to militate against this Old Testament utterance, and consequently the problem of harmonizing such apparently contradictory themes becomes quite real.

There are, of course, several ways in which this problem might be solved. The first, and in a sense the easiest, is to ignore these passages entirely. To do this, however, is to refuse to face the difficulty involved not only, but also to deny one’s self the spiritual strengthening which comes from a recognition of the inspired poet’s religious commitment to Jehovah and his cause.

A second and much more dangerous procedure is to consider these passages of imprecation as Old Testament chaff which is and must be removed by the spiritual winds of the New Testament. To proceed in this fashion is to do violence to the unity and integrity of Holy Scripture. Such a solution to the problem involved is no solution at all. It is simply to hide the specific problem of the imprecatory passages behind a much larger problem of the validity of the Old Testament Scriptures for New Testament Christians.

Love, Hate, and the Modern Mind

According to the definition of love and hate which is given by the modern mind it must be admitted that these two attitudes are mutually exclusive the one from the other. This modern conception of the relation of love and hate has also found its way into Christian thinking with the result that we, too, fail to see that both love and hate must be conditioned and defined by a factor infinitely greater than the finite mind of man. The attitude of love manifested in the lives of God’s children must be a love conditioned and defined by the love of God himself if it is to be called a Christian love at all. The love of the Christian for God and for his fellowmen must be, therefore, a conscious and deliberate attempt to fulfill the demand set forth for the Christian in the Scriptures: “Be ye therefore imitators of God, as beloved children; and walk in love, even as Christ also loved you….” (Eph. 5:1, 2). 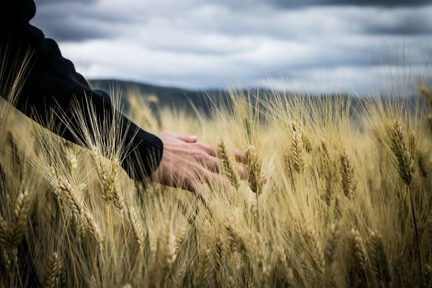 But this love of God which is manifested in Christ and which the Christian must seek to imitate is not a love which is antithetically related to hate. If that were so it would be impossible to speak of the hatred which God himself displays (cf. Isa. 1:14; 61:8; Jer. 12:8; 44:4; Zech. 8:17; Rom. 9:13 and Rev. 2:6). Rather it would seem that hatred on the part of God is precisely the demand of his love for himself. All those who seek by sin to do violence to the demands of God become by that very fact the objects of God’s wrath and hatred, God loves himself with all the perfection of his being and it is this love which manifests itself in hatred against those who would seek to deny him,

It seems, therefore, that to hate those that hate God is to reflect as Christians something of the same love for God which characterizes God himself. To be imitators of God implies not only that we love what God loves, but, likewise, to hate what God hates.

To speak thus is not to speak after the heart of the typical unbeliever, to be sure. But to speak thus is to speak to the Christian whose heart and life is conditioned at every point by the love of God. To recognize this relation between love and hate is to stand in opposition to the humanistic definitions of our day and their Christ-denying platitudes about the universal brotherhood of man, etc.

Nor can this attitude on the part of God and Christ and the Christian be reduced to a ridiculous impossibility by seeking to establish that no object for this hatred can be definitely established by the Christian in this present historical situation. If the objects of this hatred in history can be nothing more than straw men which we construct only in theory, then I dare say that the Holy Spirit would not have identified the Nicolaitans of Revelation 2:6 as the rightful objects of hatred on the part of both Christ and the Christians. The Christians in Ephesus were not chided for being absolutistic in their evaluation of the Nicolaitans but were rather commended for their attitude as followers of the Christ. The relativities of their historical situation did not, apparently, preclude the possibility of a judgment based upon the Word of Christ. Here too the Scriptures give ample guidance for the Christian, for example, Matthew 7:16–20 and Matthew 12:30.

A Profession of Faith!

In view of these considerations the declaration made by David, the man after God’s own heart, in Psalm 139, cannot be incompatible with the New Testament demand of love, but actually constitutes a declaration on his part of his love for God, As such this passage gives to us as Christians a beautiful example of a Christian confession, a Christian commitment, and also, by reason of its apparent basis, a Christian hope.

It is an example of a Christian confession in the first instance because it is a declaration which can be made only by one who has been redemptively known by a covenant God. It is this unfathomable miracle of God’s redemptive knowing which forms the basis for David’s relation to God. God has graciously taken hold of David and thereby has established between himself and David a covenantal relationship in which he is assured of his salvation and God becomes for him a heavenly Father. It is the same covenant of grace and of reconciliation in which also the Christian of the New Testament stands by reason of the gift of faith which they receive in and through the gospel of Christ. It is the basic Christian confession which is to be found also in the opening words of the Heidelberg Catechism: “That I am not my own but belong unto my faithful Savior Jesus Christ, who with his precious blood has fully satisfIed for all my sins, and delivered me from the power of the devil….”

And since the cause of the Christian is in first instance the cause of God, therefore the Christian can, despite all those who may stand in opposition to him and the Christ, still go forth in the confidence and assurance of his faith in the strength of his God. The future is not a question of uncertainty but, on the contrary, a future of complete victory in Christ Jesus our Lord. For “God shall arise and by his might put all his enemies to flight with shame and consternation….” In the light of this promise of victory we are able to say with the Psalmist:

Thou art, O God, our boast, the glory of our power; Thy sovereign grace is e’er our fortress and our tower, We lift our heads aloft for God our shield is o’er us; Through him, through him alone, whose presence goes before us, We’ll wear the victor’s crown, no more by foes assaulted, We’ll triumph through our King, by Israel’s God exalted.