Increasingly, the emphasis at funerals and funeral related events in recent times is to focus on the deceased and to celebrate that person’s life. To some extent, this has already been the practice by some, including churches that seek to eulogize the deceased, or as is often said, “preaching them to heaven.” To accommodate the celebrating of the life of the deceased, a funeral provider in the area where this writer lives in Michigan, has initiated a registered service called Life Story Funeral Homes.

The two funeral directors who designed and instituted Life Story about three years ago, are actively engaged in soliciting other funeral providers to join this network of funeral homes. The establishments that are part of this network are growing throughout Michigan and Indiana and possibly other states, as well. As these two men pursue their ventures, this phenomenon may well spread throughout the country affecting many more of us. Undoubtedly, some of these trends are already being practiced in other areas of the country as well.

In our area, and perhaps as a result of Life Story, other funeral homes have also begun focusing on the life of the deceased with the use of photographs, videos, and other memorabilia. Frequently they refer to funeral services as a “celebration of life.” Most of the emphasis on the deceased takes place as displays in the funeral home include a variety of photographs and a captioned video presentation of pictures from throughout that person’s life; Aunt Jennie’s violin prominently leaning against the casket; and grandpa’s bib overalls or old favorite hat hanging on the coffin lid.

Funerals are ceremonies held for a dead person before burial. Various cultures and religions have their own way of conducting funerals. In Reformed circles, a funeral is not considered a service of public worship but a family matter and, therefore, not subject to the oversight of the Elders. Since the kind of funeral desired is at the discretion of the family, it is suggested here that there are considerations for the Christian in regard to funerals that focus on the life of the deceased and celebrate that life. 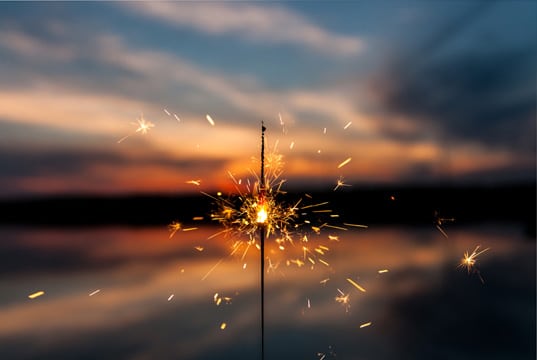 It is only natural for family and friends to reminisce and reflect on the life of the departed at the time of death, and there is nothing wrong in doing some of that. Even in times past, funerals have sometimes been referred to as memorial services. However, the premise of this critique of present trends in funerals, is that these things have come about to meet the needs of secular society. The event of a death brings about a time of vulnerability in making decisions concerning funeral arrangements and especially at such a time Christians may follow the trends of the day without giving it much thought.

Focusing on the life of the dead would be the natural thing to do for secular society. Those who live without the hope of Jesus Christ do not want to think about death. For them, there is no hope at all. They see is the sting of death and its hopeless finality. There is something about their conscience that wants to block out the reality of death.

“O Death, where is your victory? O Death, where is your sting? The sting of death is sin, and the power of sin is the law; but thanks be to God, who gives us the victory through our Lord Jesus Christ” (I Cor. 15:55–57). The sting of death is sin because death is the result of sin. Sin is a very unpopular subject in our day, even in many pulpits. For those outside of Christ there is nothing else to focus on but the life as it was lived by the one now taken in death. By focusing on the life of the dead, the reality of death and sin is obscured by the pleasant thoughts of the good things remembered about the deceased.

Life Story Network states that they “have pioneered a new form of funeral service, far removed from the staid, sterile, traditional services that have been the norm for over a century.” They describe doing this “by focusing the service on the life lived by the deceased and not on the death; by utilizing emotive, vibrant video and professional writing, by keeping memories alive through a meaningful service.” They claim to take the emphasis off “overpriced caskets and unnecessary merchandise to remain competitive while offering something more memorable and valuable to families.” This includes “a lasting legacy, preserved in digital film, print, and on the web, so it can be passed on from generation to generation.”

Life Story Funeral Homes also feature rooms “that are comfortable and that feel like home where the families can gather, with kitchens and patios, and plenty of space for family and friends.” It appears that great pains are being taken to create a diversion from the reality of death. Life Story Funeral Homes give the option of three caskets to choose from with a stated package price accordingly. Their stated price includes all the Life Story features with no option. When pressed, it was admitted that it is possible to have a funeral without those features and that it would then also minimize the price of the funeral package.

In interviewing one of the Life Story designers by email, the following explanation was given: “We as funeral directors have become very lazy. Funeral directors hope that people will continue selecting overpriced caskets and burial vaults, and continue to have the pastor do all the work. We don’t feel that it is reasonable for a pastor to do all the work and we feel that the person’s life story should be recorded and passed down. Because of our society, we don’t know our neighbor – worse yet, if families don’t learn and preserve life stories of ‘their own’, then we will be permanently disconnected. So the person’s story, and working to help families design a service that is truly meaningful to them is our mission – not selling caskets and hoping that we can find a pastor to do our work.” From this, it would seem that Life Story Funeral Director’s desire would be to conduct the funeral service in the place of pastors, and perhaps for unbelievers that is the way it should be.

Overshadowing everything else, a Christian funeral must be a time to focus on one of even greater importance than mere man. Rather than celebrating the life of a person, it is a time to focus on Jesus Christ to the glory of God. “Therefore also God highly exalted Him, and bestowed on Him the name which is above every name, that at the name of Jesus every knee shall bow, of those in heaven, and on earth, and under the earth, and that every tongue should confess that Jesus Christ is Lord, to the glory of God the Father” (Phil. 2:9–11).

The life story of the Christian is not what that person’s life was all about, but what Christ did in and through him or her. In a Christian funeral, by placing an emphasis on the life of the deceased, God is robbed of the praise due only to Him through His Son, Jesus Christ. “I am the Lord, that is my name; I will not give my glory to another” (Isaiah 42:8a).

Whatever we as Christians might have accomplished in life is as a result of Christ working in and through us. Our accomplishments may seem noble to man and worthy of praise and remembrance, but that is not what God sees. “For God sees not as man sees, for man looks at the outward appearance, but the Lord looks at the heart” (I Samuel 16:7). Also, we are told in Luke 16:15, “And He said to them, you are those who justify yourselves in the sight of men, but God knows your hearts; for that which is highly esteemed among men is detestable in the sight of God.” Also, Psalm 49 gives reference to those who have wealth, those who think their houses will last forever, and those who name their lands after themselves, “For when he dies he will carry nothing away; his glory will not descend after him. Though while he lives he congratulates himself – and though men praise you when you do well for yourself – he shall go to the generations of his fathers; they shall never see light.” Verses 17–20.

In bygone years many more people lived in more humble obedience in faith to God and in awe of His holiness. It was reflected in all of life. Funerals were a time to reflect on man’s mortality and on God’s incomprehensible greatness and the accomplishment of His Son, giving comfort from God’s Word. Most funerals were held in churches and were treated more as if they were worship services. In today’s society, even much of the church has lost the meaning of a Holy God who is also a jealous God, and in heartfelt appreciation for the unthinkable sacrifice of Jesus Christ. And so, funerals have become a time of praise of man instead of praise of God through Christ.

In revealing to one the founders of Life Story that my inquiries were for research in doing a critique from a Christian and Biblical perspective, he replied as follows: “When writing your critique, think about where we would be without Jesus’ life story, the disciples, and how we learn from the Bible. It is our feeling that our work embraces faith. One of our core goals is to help restore connections in people’s lives. If they don’t understand the true meaning of the word ‘neighbor’, how are they to grasp the concept of loving thy neighbor as thyself?”

That, Mr. Funeral Director is precisely my point! It is not so much Jesus’ life that we celebrate as it is His death. It is through His death that we have life, even everlasting life beyond death. Also, those who sit under the preaching and teaching of the Word of God where it is rightly divided know who their neighbor is. They do not need funeral homes to exemplify that concept.

A Christian funeral is a time to reflect on death and not on life, except eternal life. It is a time to reflect on Christ and the assurance held by the believer who has died; the assurance of salvation through the death of Christ, and the hope of eternal life through the resurrection of Christ. It is a time to comfort those left behind with that glad assurance. The funeral service must also inform those who do not have that assurance that they too can have it through Christ. It is a time to give praise to God, in the name of Jesus. Let secular society celebrate the life of the dead. We as God’s people have a greater legacy and something much greater to celebrate than our mortal sinful lives.

Mr. Myron Rau is a member of the Covenant United Reformed Church in Kalamazoo, Michigan.