Well, it’s that time again—the lazy, hazy, crazy days of summer. It’s a great time to be in the land of the free and the home of the barbeque grill, jaunts in the mountains, and the migratory flights of four-wheeled vehicles to sun-drenched beaches. Ahhh, this is the life. Yet for millions of my fellow Christians around the world, this summer may be their last. Just in case you missed it on CNN (no surprise they have ignored the story):

Christians have become the targets of opportunity to the thug regimes around the world…What’s going on now is monumental, and it’s affecting millions, tens of millions, of people. We’re not talking about discrimination, but persecution of the worst sort: slavery, starvation, murder, looting, burning, torture (from Focus on the Family interview). 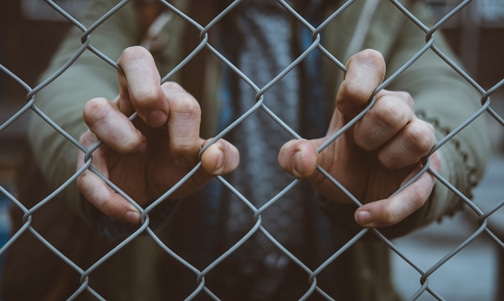 Did you realize that more Christians have been martyred in the 20th century than in the last 19 centuries combined? The killing fields are all over the map, but the church in America isn’t noticing; we’re too busy, I’m afraid, with beach balls and sand castles.

In the Nuba mountains of Sudan, Africa, the Christian population has existed since the 6th century. Today the land is cluttered with mass graves and “Nuba women are systematically raped by Arab soldiers in order to produce non-Nuba offspring. There have been reports, including those from Catholic bishops, of crucifixions of Christians by the army. Muslim troops from northern Sudan have sold tens of thousands of Christian children and women from the south into slavery. Many have been branded or mutilated to prevent escape; many more have been tortured, brainwashed or starved until they converted to Islam” (Jeff Jacoby, Boston Globe).

Our State Department’s response to the atrocities that are occurring at alarming rates is to quote Alfred E. Newman: “What, me worry?” They deny the obvious and keep on trading and sending American taxpayer dollars to nations that are drenched in the blood of my Christian brothers and sisters and, in some cases, their own people.

So, now you know, and I only have space to give you just a glimpse of the Christian genocide taking place as you read this article. So what can be done? Well, the first problem is apathy. Most who will even take the time to read these few lines will shake their head, mutter a few words and then move on. By and large, too many Christians don’t care what happens as long as it doesn’t happen to them and theirs. We’ve got to ask God’s forgiveness for that sad commentary.

Second, before the sun sets, call our office for further information (249-2680), and write your elected representatives in Congress and kindly demand that the US government take appropriate action instead of doing the ostrich song and dance. Write Madeline Albright at the State Department and tell her that you are concerned. You can also make a few phone calls if you don’t have time to write, fax or e-mail, but for the sake of those who love and serve our Savior, don’t just do nothing, for to take that approach is to become, in some sense, an accessory to the crimes.

Finally, ask your pastor to request prayer for the countless numbers who are being hounded and hurt (that word beggars the reality) just because they name the name of Christ. And by all means lift their nameless souls before the Father and ask for His mercy and grace and protection to be poured out upon them.