Any attempt to interpret Calvinism for today must of necessity be a hazardous one. For Calvinism does not merely refer to the teachings of one individual, but it has undergone a historic development through a period of four hundred years. “Calvinism is the name applied to the system of thought which has come down to us from John Calvin. He is recognized as the chief exponent of that system, although he is not the originator of the ideas set forth in it”.1 As such it is in the system of doctrine confessed by the Reformed Churches throughout the world and distinct from the Lutheran, Catholic and every Anabaptistic interpretation of the Bible. 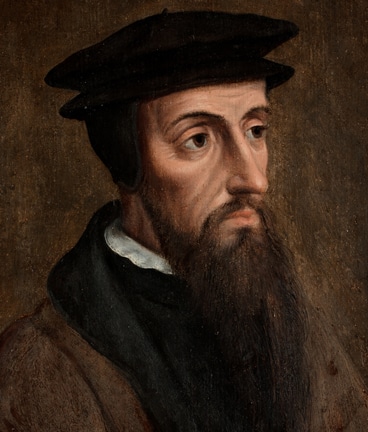 But Calvinism is more than that. It includes that “entire body of conceptions, theological, ethical, philosophical, social, political, which under the influence of the master mind of John Calvin raised itself to dominance in the Protestant lands of the post-Reformation age, and has left a permanent mark not only upon the thought of mankind, but upon the life-history of men, the social order of civilized peoples. and even the political organization of states.”2

Calvinism, then, is not thought of as a theology only—although its fountainhead is its theological system—but it pretends to be and rises before us in history as a world-and-life view, that is, it presents us with a conception of the life of man and of the universe as a whole, with all its aspects and relationships. And as such it offers us unity in our thinking, integration and direction in our willing and loving, but also beauty and pattern for our living.

As a matter or fact, by its proponents Calvinism is considered to be one of the few basic systems of thought that the mind of man has produced Abraham Kuyper in his Stone Lectures (delivered At Princeton, New Jersey in October, 1898 and republished by Eerdmans, 1931) enumerates three great, all-comprehensive systems of thought in history, namely, Paganism. Mohammedanism and Roman Catholicism. To these he adds Modernism, which is an attempt of the modern mind to interpret and give meaning to the life of man without reference to the authority and instruction of the Word of God. Modernism takes for granted that man is the measure of all things, and that all things in this world ultimately exist for him and for his pleasure and glory. Modernism, since it comes after the advent of the gospel and is a reaction against the truth of God, is simply a return to the paganism of the Greek mind, with this difference, that it is a more self-conscious rebellion against the God of all the earth.

Alongside of all these, but also over against them, Kuyper places Calvinism as an interpretation of man and his world which is squarely based upon special divine revelation.

No doubt the discerning reader will want to inquire just a bit further into this proposition that Calvinism is A world-and-life view. There arc three basic relationships that must be taken into account in every interpretation of man’s existence and of the universe. These three are: man’s relation to God, man’s relation to his fellowmen, and man’s relation to and place in the universe. On each of these the great systems of thought have spoken with varying degrees of clarity and eloquence. However, it is not my intention to review all that Calvinism has to say about these relations of man. It is not even possible to present the substance of what Abraham Kuyper has had to say on the matter in one brief article. My purpose in this introductory article is merely to call attention to the scope of the term Calvinism, and to suggest the direction my application of Calvinism to the contemporary scene will take.

In this particular column it will not be necessary to present the teachings of John Calvin, pure and simple. Of course, all Calvinists should study The Institutes, that masterpiece of Reformed theology, which still stands as a monument of the Protestant reformation and contains in essence the thinking of Calvin concerning God, man and the universe. But although we are fond of looking to the rock from whence we are hewn and honor the master mind of Calvin which first formulated the principles of Scripture into this cohesive unity, we nevertheless recognize the force of history in shaping Calvinism into what it is today.

Not to recognize the development of Calvinism in history would be reactionary indeed. To be a Calvinist, then, does not mean that one repeats parrot-like everything the great Reformer affirmed four hundred years ago. Calvin certainly was not infallible in his interpretation, and no one of his spiritual heirs would claim infallibility. Furthermore, in approving the pronouncements of Calvin himself we must distinguish between those things which are the direct outflow of his principles, as derived from Scripture, and those maters in which he has overcome by the necessity of the hour and the stress of his times.

No doubt the Calvinist today is obsessed by the same fundamental attitude as the great Genevan Reformer. He has a profound sense of God in his majesty and is aware of his own position of utter dependence as creature. Moreover, he confesses that he is a sinner in need of salvation which has been provided by the Mediator through whom he stands in covenant relationship to the Father. A Calvinist is one who, with Paul, is willing to bring every thought into captivity to the obedience of Christ (2 Cor. 10:5), one who bows before the sovereign will of God in all his thinking, willing and doing. He ascribes to God absolute authority for the entire compass of his life—the rational, moral and cultural areas included.

But a Calvinist today is not compelled by the logic of history to give the same answer that Calvin did on various practical issues. On the question of the relation of Church and State, Abraham Kuyper in the 19th century was able to clarify and carry forward what Calvin only envisaged as the ideal Speaking concretely, Calvin, though confessing election as the gift of faith by which one becomes a member of the church, nevertheless was not able to apply this principle rigorously in the GeneV8 of his day. From his principle it would follow that the government had no right to demand that its citizens be members of the church. Yet, in effect, those who would not subscribe to the confession of faith were banished, and a notorious heretic was burned at the stake in Geneva, by the city council.

That Calvin did not apply the simple consequence of his principle must no doubt be ascribed to the fact that Calvin was engaged in a life and death struggle to make Geneva a haven for the persecuted Protestants of his day. Since the balance of power could be obtained only by the most rigorous methods, it was worth the full measure of Calvin’s passionate pleadings to keep Geneva the bulwark of Protestantism. However, if applied in our own day, either of two things would follow : a national church filled with nominal Christians, or all unbelievers would have to be banished. All Calvinists are agreed today that neither of these alternatives is desirable or practicable. (For the historical reference to Calvin’s dilemma see Het Calvinisme en de Reformatie van de Wysbegeerte, Vollenhoven, D.H. Th., pp. 18, 19).

Another reason why we cannot follow Calvin blindly is the fact that. by the grace of God, we have new insights into the truth. Although Calvin was the last of the great Reformers, he never claimed to have spoken the last word. H is motto was, ecclesia semper reformanda quia reformata, that is, the Reformed Church must ever seek reformation. And, according to the promise of her Lord, the Spirit is leading the Church successively and progressively into all the truth. Hence, also, successive generations have on occasion been able to see more of the manifold wisdom of God and discerned its implications for daily life more clearly than preceding generations.

In speaking of Calvinism today, reference will naturally be made to the opinions of others. and especially to what Calvinists of other lands arc saying on the subject. The development of Calvinism in the Netherlands will, of course, be of special interest and receive a great deal of attention. This must of necessity be so because we believe that Calvinism has undergone its greatest rejuvenation both in the 19th and the 20th century in the land where our fathers were born.

On the other hand, my main concern will be to apply Calvinism, as I understand it, to the Iiving issues that confront us in the present. No complete summary of such issues can be made in advance, but the ecumenical problem will receive prime consideration. The issues of Communism, Socialism, Collectivism, Catholicism. Capitalism, and many others as they call for decisions of vital significance for us as individuals, as church and as nations, will be subjected to the torch of truth, namely, the Word of God.

It is the solemn conviction of this writer that God’s judgments arc in the earth, and that it is more than time that those who are called to be watchmen upon the walls of Jerusalem sound the alarm in no uncertain tones. “But if the watchman see the sword come, and blow not the trumpet, and the people be not warned, and the sword come, and take any person from among them; he is taken away in his iniquity, but his blood will require at the watchman’s hand” (Ezek. 33:6).

Rev. Henry Van Til is associate professor of Bible at Calvin College. Prof. Van Til came to Calvin College in 1946 after a three-year period of service as an Army chaplain. He is a regular contributor to other religious periodicals and book review editor of The Calvin Forum.