THE DEFENSE OF THE FAITH: Cornelius Van Til; 436 pp. The Presbyterian and Reformed Publishing Company, Philadelphia, Pennsylvania. 1955. 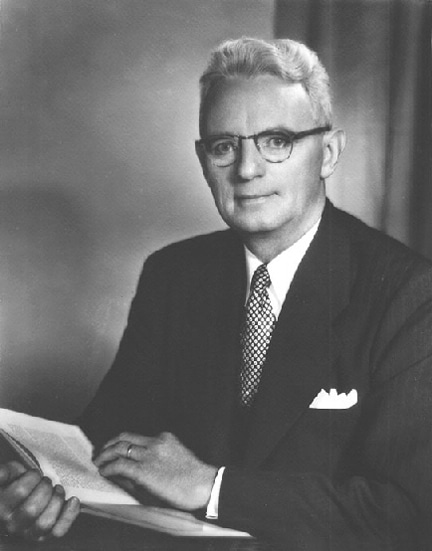 This volume setting forth the now famed Bramble Patch Philosopher’s answer to his critics is in a sense a welcome one indeed. In another sense the book is not a welcome one as far as this reviewer is concerned. It is his considered opinion that it is little short of discouraging that a man is forced to write a book of this kind. This is in no sense to be interpreted as a criticism of its learned and capable author. Rather it is a most deplorable fact that this task was thrust upon him by men of whom it may be most charitably stated that their zeal is scarcely according to knowledge.

Few men in history have published so little and been criticized so much. This book then tries to do two things: It seeks to set forth the author’s views on Christian Apologetics and Apologetic problems; views which have for the most part never before been published except in his syllabi written for his students at Westminster Seminary. At the same time it seeks also to answer the major criticisms of a number of men, notably Cecil De Boer, Jesse De Boer, James O. Buswell, James Daane, and William Masselink.

The first part entitled “The Structure of My Thought” is composed of eight chapters. The first chapter presents a brief summary statement of the six loci of Reformed Theology, the Faith which is to be defended. Most of the chapter is composed of quotations from his classroom syllabus on “Christian Apologetics” written in 1942. The chapter is liberally sprinkled with footnotes containing specific references to criticisms which have been made, such as Daane’s that Van Til’s thought springs from Hegelian Rationalism and Modern Existentialism, and the utterly unfounded character of the criticism pointed out.

In Chapter Two Van Til continues by a series of quotations from the same syllabus to formulate his concept of reality, best summarized in this sentence from page 40, “It must be demonstrated to them (to unbelievers) that when we speak of reality, we at once make a distinction within it, namely the reality of God as self-sufficient and of the universe as existing by his plan, creation and providence.” Thus at the very foundation of Van Til’s metaphysics is the distinction between created and uncreated reality; a distinction which is of far reaching significance not only for his metaphysics but for his epistemology and ethics as well.

It is with this problem of epistemology that he deals in Chapter Three. He shows clearly the relationship that exists between a Christian view of reality and a Christian theory of knowledge. At the same time he demonstrates that to have a non-Christian view of being must inevitably lead to a non-Christian epistemology. Van Til contends that in our theory of being as well as in our theory of knowledge we must be frankly authoritarian, we must rest on the final authority of God’s holy word. If we do not take this position the mind of man becomes the ultimate authority, and his mind then legislates not only with respect to what can be known but also with respect to what can be. The effect of sin on the human mind is that every unregenerate man thus endows himself with this legislative authority in the realm of being and in the realm of knowledge. As we see in Chapter Four this also is done in the realm of ethics. It is this tension between the autonomous mind of the unregenerate and the sole authority of God which forms the background for Van Til’s thinking on the subject of “Point of Contact.” How does the message of salvation gain access to the mind of the unregenerate?

At this point Van Til would have us follow Calvin and remember that every man still has remnants of the Divine image, that is, he is still a rational, moral agent.

And because he is such an agent he is capable of receiving the revelation of God in nature; he is able to perceive God’s wisdom and power. But such is the effect of sin upon his mind that he persistently refuses to retain this God in his knowledge. Van Til rightly leans very heavily on Paul’s discussion in the first chapter of Romans. The point of contact then is the fact that basically the unbeliever knows, that what his ethical perversity always leads rum to say, is exactly contrary to fact. Chapters Five, Six and Seven are accordingly devoted to defining and describing the apologetic task from a consistently Reformed point of view. This description is constantly set over against the Arminian and Romanist conception of the apologetic task, particularly as these are defended by Van Til’s chief critics.

In the concluding chapter Van Til deals with the relation of Common Grace and Scholasticism. He deals with this subject because he wants, “to show that the doctrine of Common Grace cannot be artificially attached to a set of doctrines that are not themselves carefully distinguished from Romanism.” This becomes necessary because “The issues facing us in the criticism voiced by Masselink, the De Boers, Daane and others is whether one can build up a theology piece-meal or not (p. 168).” Van Til shows quite conclusively that the theory of Common Grace being defended by Masselink: with his dependence upon Valentine Hepp. by the late Cecil De Boer with his allegiance to certain scholastic patterns of thought, by Jesse De Boer with his frank and open espousal of Classic Realism is a theory which is semi-scholastic in character and which is therefore a wholly inadequate and erroneous interpretation of the “Three Points” of 1924. Virtually the whole of the chapter is a quotation from another of his classroom syllabi “A Christian Theory of Knowledge” written in 1953. The discussion is carried on in terms of a brief critical review of a pamphlet Rondom het Gemene Gratie Probleem written by S.J. Ridderbos. Ridderbos had contended in answer to Van Til’s little book Common Grace that because Reformed theology held to total depravity it must be concluded that man by nature has no knowledge of God whatever and no morality whatever. And when the Scriptures or Confessions speak as though man did have these possessions they must be regarded as having their source in God’s common grace. Van Til feels that Ridderbos in adopting this position has unfortunately taken grace out of the realm of ethics and placed it in the realm of metaphysics. Grace is necessary to keep sinful men from “slipping into the realm of non-being.”

According to Van Til it is because man still exists as man that general revelation is capable of making an impact upon him. Only as man would slip into non-existence would he become immune to the impress of God’s revelation. If common grace then is to be viewed as preventing this tendency to non-existence which sinful man is said to follow, we can well understand Van Til’s concern. This is equivalent to giving sin a definite metaphysical character, capable of changing the metaphysical character of man. We should be prepared to admit that the curse of Divine wrath abiding on the whole universe because of sin has metaphysical repercussions; but to say that sin itself is metaphysical rather than ethical seems hardly in accord with the Reformed doctrine of sin.

The Defense of the Faith